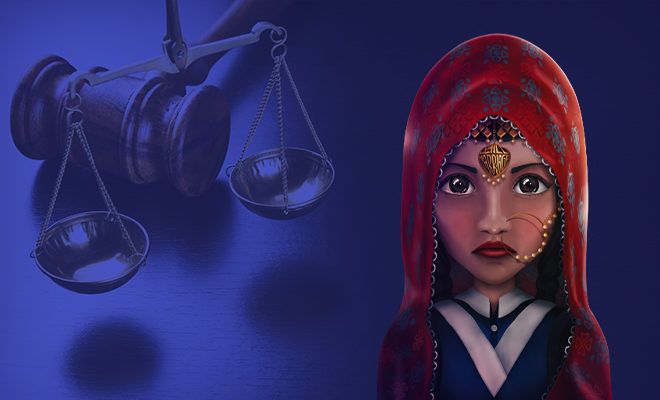 Some days ago, I came across this meme that said that ‘parents won’t allow their 18-year-olds to go alone on a trip but will let them select a complete stranger for marriage to spend the rest of their lives with.’ And as funny as it sounds, I couldn’t shake the feeling that it is a reality for so many people out there – especially girls. With the marriage age being 18, most of the girls are not even allowed to fulfill their education and are roped into getting married to random strangers. So when I heard the news that the girls’ panchayat- Lado Panchayat – are calling to raise the marriage age from 18 to 21 – I was surprised but happy that such a progressive change is what they are rooting for.

Recently, for the first time in India, there is something called the Lado Panchayats taking place in Haryana. Lado Panchayats is an assembly of girls from the villages and the first session was held on the 18th of July. The Lado Panchayats are organized by the Selfie with Daughter Foundation. It was then that the call to raise the marriage age from 18 to 21 came into being.

The first-ever session held by Lado Panchayat saw 90 girls participating from Haryana, Punjab, Delhi, Rajasthan, Gujarat, and Uttar Pradesh. In fact, in the last five days, seven sessions were held where the majority of them demanded the marriage age to increase from 18 to 21 years and for a minimum educational qualification to be stated for girls before they are married.

On Sunday, a much larger Lado Panchayat session was held wherein 135 girls had participated. Of these 135 girls, two of them were from the UK, one from Canada, a sociologist, and even a doctor was present. The discussion during the session was for a demand – for fixing a minimum educational qualification for girls before they can marry and raise the marriage age to 21 – that allows these girls freedom to choose.

One of the participants from the Lado Panchayat session, Anjali from Bihar said, “In our village, girls are getting married at a very young age, and thus, they hardly know anything about marriage, and most of them have not even completed their studies. If the government raises the marriage age to 21 years for girls, there should also be a minimum qualification to be attained before girls can marry.”

Another of the participants of the Lado Panchayat session said, “We are not able to complete our studies as our families get our marriages fixed.” They are planning to send detailed, comprehensive reports along with video recordings – to the Prime Minister’s Office and the Union Ministry of Women and Child Welfare – after they hold fifteen Lado Panchayats. The reports and videos will emphasize their demands.

Honestly, this is one of the best pieces of news that I’ve heard in a while. Lado Panchayats is something that Indian society really needs. It emphasizes the problems that girls from villages face on a daily basis. And having a committee that highlights these problems is a necessary step that we need to acknowledge.