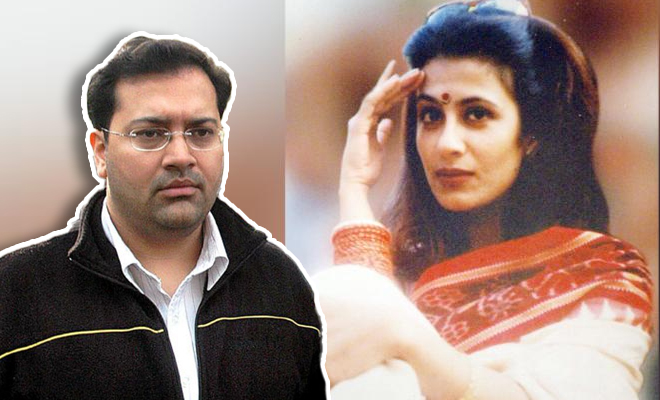 Jessica Lal Murder Convict Manu Sharma Has Been Released On Grounds Of Good Behaviour. We Don’t Know How To Feel

Jessica Lal was tending the bar at an upscale lounge in South Delhi on the night of April 29th, 1999. The party was in full force and drinks were flowing till then. Jessica started wrapping up things when Manu Sharma asked her for a drink. She refused and that’s when Manu Sharma shot her at point blank range. He almost got away and it wasn’t until Jessica’s sister put sustained pressure on all systems that Siddharth Vashishtha (aka Manu Sharma) was put behind bars. We’re talking about this again because yesterday, Manu Sharma was released on grounds of good behaviour after serving his life sentence for 16 years, 11 months, and 2.4 days. Lieutenant governor Anil Baijal approved the Delhi government’s recommendation for his premature release. 18 other prisoners were released as well.

However, for over two years, Sharma had been lodged in the open jail owing to his good conduct during imprisonment. He spent his days outside Tihar jail and returned to his cell at night. He even worked with an NGO during this time period.

The question remains, though, whether justice has truly been served. Some would argue that his punishment was not enough, while others would say that his good behaviour is evidence enough of his reformation. Experts in field of law, criminology, psychology, and others have heavily debated this controversial issue for years.

Jessica Lal’s sister, Sabrina Lal, has said that she has ‘no objection’ with Manu Sharma’s premature release. She said that she hopes and prays that he has reformed, and that he will never think of repeating the crime he committed. Sabrina Lal had fought hard to get justice for her sister. She says she thinks justice has been served as he was convicted for his crime.

“See the thing is that all fought together for justice. My basic concept has always been he should have been punished because they were all set free in 2006. So my thing was always that he needs to be punished and he needs to be convicted for the same. So he has been convicted, and to my mind justice has been served to that extent – so I don’t think people should feel bad about it or let down,” she said.

“As I said, justice has been served. One can only hope and pray that he has reformed and doesn’t think of anything close to this ever in his life again,” she further added.

Kartik Aaryan Said His TikTok Video Wasn’t Misogynistic Because His Sister Was Okay With It. Ask A Domestic Violence Victim Instead