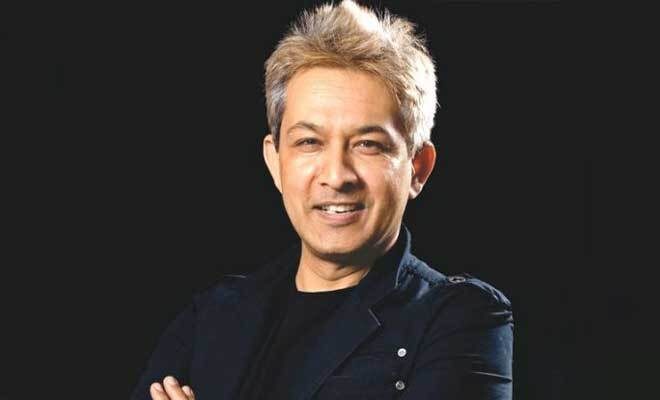 Jawed Habib Appears Before NCW, Apologises For Spitting On Woman’s Head During Haircut

Imagine stepping out amid the COVID-19 pandemic to get a haircut at a reputed salon only to get some spit on your head. Ew, disgusting, right? It seems like your biggest nightmare. Something very similar happened with a woman from Uttar Pradesh’s Muzaffarnagar last week. During this time, we’ve all been careful to pick a salon that is well sanitized and follows all safety protocols while providing us beauty services. And usually, when I think of it, celebrity hairstylist Jawed Habib’s salon is always the first one that comes to my mind. But the ace hairstylist ran into trouble last week after he was caught spitting on a woman’s head during a training seminar in Muzaffarnagar and his hairstyling ‘tips’ had us all cringing. After watching that video, I’m never going to Jawed Habib for a haircut come hell or high waters.

This is Javed Habeeb… Spitting instead of using water… absolutely horrible 🤮🤬 pic.twitter.com/8s7xaE8qfO

Soon after the video of the incident went viral on social media, National Commission For Women (NCW) chairperson, Rekha Sharma wrote to the Uttar Pradesh Director General of Police seeking an investigation into the matter and also urged the authorities to take appropriate action against Jawed Habib. On Tuesday, the ace hairstylist appeared in front of NCW for a hearing and submitted a written apology for his actions as well. According to a report by Republic World, Jawed Habib told NCW that it was ‘just an act’ while apologising for it and accepting his mistake. On the other hand, the chairperson, Rekha Sharma expressed her dissatisfaction with the hairstylist’s apology and went on to call the act ‘demeaning’.

NCW chairperson Rekha Sharma has also revealed that while Jawed Habib claimed to have only ‘acted’ like he was spitting, he is setting the wrong example for people who are learning from him especially, amid the ongoing COVID-19 pandemic. The woman’s body has further asked the police to continue their investigation into the case and find out from the aggrieved woman if the hairstylist actually spat on her head or not. As per media reports, FIR has been filed against the hairstylist.

Taking note of the incident, @NCWIndia has also sent a notice to Jawed Habib to appear before the Commission in person on January 11 at 12:30 pm for deposition of his statement. @sharmarekha

Also Read: Jawed Habib Apologises After Spitting On Woman’s Head During A Haircut, Claims It Was A ‘Joke’. We Just Don’t See The Humour In It!

For the uninitiated, Jawed Habib had left us all infuriated after he was spotted spitting on a woman’s head while demonstrating a haircut during a training session in Muzaffarnagar. In the viral video, the celebrity hairstylist went on to suggest that one can always use spit if they’ve run out of water. Not cool, man! Really disgusting. The woman from the video also came forward to share her horrifying experience with Jawed Habib.

The hairstylist received severe backlash for his actions on social media after which he issued a rather unsatisfactory video apology.

On a serious note, we do not believe a word of what Jawed Habib has claimed. While he has denied actually spitting, this cringe-worthy video tells a different story.