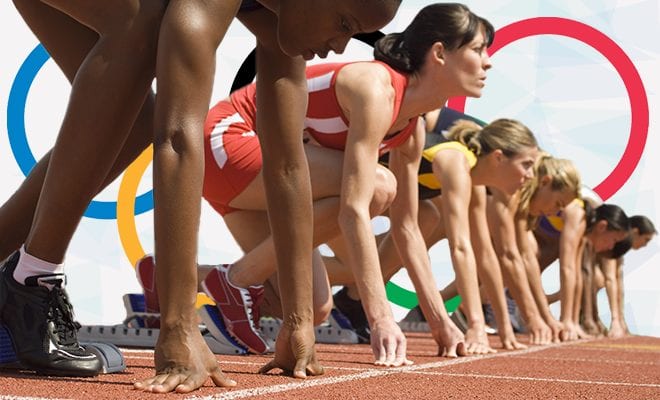 One of the things on my bucket list is to watch the Olympics live. I’ve always wondered what it would be like to be a part of such a big sporting event. But this year, due to the Covid-19 pandemic the seats will be empty except for a few of the dignitaries, Olympic officials, etc. This year the Olympics will be held in Tokyo, Japan. And the theme of this year is ‘Gender Equity.’ The theme is to emphasize and promote the importance of gender equality in every field and for all nations worldwide. And five of the major nations in the world have lived up to the theme of gender-balanced games.

Recently, it was revealed that five major nations – the US, Australia, Great Britain, China, and Canada – are sending more women athletes than men to the Tokyo Olympics, 2021. All these five nations have announced that they will be sending in significantly higher women representatives in the upcoming Olympics. Yay for girl power!

Even Russia, which is entering the Olympic Games representing the Russian Olympic Committee (ROC) will also be sending more women athletes than men. Russia will have to use the ROC because in 2019 it was banned from all international sports for four years. Russia will be sending in a team of 329 athletes to the Olympic game and out of them, 183 are women athletes and 146 are men.

As for China, they are sending a total of 431 athletes this year, out of which 298 are women and 133 are men. What is amazing about this is that China’s women representatives are more than double the number of the men’s representatives in the Olympic games this year.

Where the US is concerned, there are 613 representatives that will be competing at the Tokyo Olympics. Out of which 329 are women athletes and 284 are men athletes that are chosen for this year’s Olympic games.

Great Britain is sending in a team of the British Olympic Association (BOA) that will be representing the United Kingdom in the Tokyo Olympics. In total there are 376 athletes’ representatives, out of which 201 are women.

Canada, following the theme of the gender-balanced game of the Tokyo Olympics, is sending a team of 376 athletes. And the number of Canadian women athletes in the Olympic games is 225 and the remaining 145 are male athletes.

With regards to Australia, 471 athletes are representing their country in the Tokyo Olympic Games. Out of the 471 athletes, 252 are women athletes. This year’s Tokyo Olympics would be the very first ‘gender balanced‘ Games. And that is because this year the total Olympic athletes are 49% women and 51% men.

The president of International Olympic Committee (IOC), Thomas Bach, on International Women’s Day, had said, “The IOC executive board also decided that there should be — for the first time ever — at least one female and one male athlete in every one of the 206 teams and the IOC Refugee Olympic Team participating at the Games. The National Olympic Committees of countries should nominate a female and a male athlete to jointly bear their flag during the Opening Ceremony. With these two initiatives, the IOC is sending a strong message to the world that gender balance is a reality at the Olympic Games.”

And knowing that the Olympic Games are taking initiatives to create a gender-balanced sports event is highly appreciated. It is definitely a step towards a progressive mentality and may also result in other countries funding as well as supporting female athletes. It is a step that empowers women and influences, young girls, to think of sports as a career. It inspires girls all around the world who one day wish to enter the Olympic Games and make their country proud.