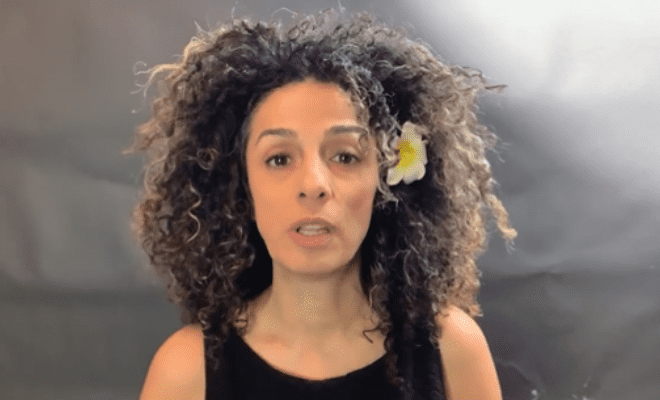 It is beyond our imagination to even try to understand what it it is like for the women in Afghanistan at the moment. In the latest set of restrictions that were imposed by the Taliban, the Afghani women have to now compulsorily wear head-to-toe clothing. Yes, this implies that no part of their body should be visible and if it is, their male relatives will be punished if the women violate these laws. It is not just in Afghanistan, in Iran, too, it is mandatory for women to wear hijabs and only then venture out of their homes. An Iranian journalist Masih Alinejad, who has been peacefully protesting against this archaic rule in Iran retweeted a video of her wherein she has explained how wearing a hijab is a woman’s choice.

The video began with Masih Alinejad wearing a scarf over her head and saying that this is how the Islamic Republic, Taliban and ISIS want her to be. She, then, removes the scarf and says that shows that this is what she looks like without it, her true self. She continues to say that in Iran, she was told that if she takes off her hijab, she will be hanged by her hair by God. She went on to say that she will be kicked out of school, will be lashed on the streets by the morality police.

We call on all women around the world specially those feminists and politicians who celebrated World Hijab Day to join our campaign and show your support & protest against Taliban’s order for women of Afghanistan to wear head-to-toe clothing. #LetUsTalkpic.twitter.com/pOT4BFp0kM

She also went on to mention how if she gets raped, it will be considered her fault. Masih also went on to say that she is a woman from the Middle east but she is scared of Islamic laws and all the brutalities she has experienced. In the caption of the tweet, she wrote, “We call on all women around the world specially those feminists and politicians who celebrated World Hijab Day to join our campaign and show your support & protest against Taliban’s order for women of Afghanistan to wear head-to-toe clothing.”

Also read: Taliban Has Verbally Asked Driving Instructors In Herat, Afghanistan To Not Give Licenses To Women

From Banning Co-ed Schools For Women To A Ban On Music, The Taliban Imposes Stifling New Rules In Afghanistan