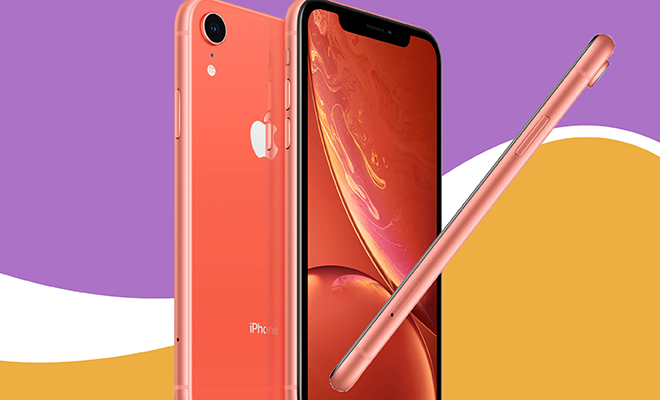 Closer to September, a lot of people gather in rooms and over hushed whispers and vehement shouting, it is discussed. We are talking, of course, about the  iPhone launches. For some people, it’s almost like a ritual. Every year, Android users, previous model users and others make valid points about whether this upgrade is worth it. Then, as the launch draws closer, all arguments are rendered invalid and we give in. We get the new phone and once again, we are drawn into the wonderful world of Apple and feel fabulously indulgent.

You get used to this new device. Bigger, with better clarity, one that makes you look prettier. The navigation is easier. And then you wonder why you even considered not getting this one. In 2018, the iPhone XS, the XS Max and the XR were released.

The XR particularly caught our attention. Here’s a phone that’s priced really well, comes in a bunch of colours that’s a departure from Apple’s previous offerings and it pretty much brings it home when it comes to features.

Admittedly, one of the best features of all iPhones is the camera. This is the game changer. Now, as the layman we can give you information about the megapixels and the modes it has but it’s rudimentary at best. So, we got two photographers to weigh in on the camera. And here’s what they had to say. Oh, they also offer up a bunch of tips and tricks to get the best pictures for Diwali. Read up.

Ashish Parmar’s photography is breathtaking, vibrant and fun. His first thought is that the screen on the iPhone XR is definitely the brightest, most vibrant, and all around impressive LCD.

Ashish also particularly enjoys the portrait mode. He says it just got better. “Bokeh is the most important part of the image after the subject itself. With the new Depth Control feature to edit the bokeh after you take a picture is really helpful as you can choose how much of blur you want in the background and with apertures ranging from f/1.8 to f/16, now you can decide how you want your image to look.“

He hands out some great advice as well. “Shooting in lowlight can be tricky and needs steady hands. Look for brighter colors or spots which are receiving light and lock you AE/AF on that area, by doing this you will expose for a better lit part of the image and avoid making your image grainy.”

Ashish also likes the battery. And you’d thought no Iphone user would ever say this. “The battery lasts me an entire day of shooting heavily (photos, time-lapses, etc.) with still plenty of battery at the end of the day. Performance will vary, but I think it’s safe to say the iPhone XR battery life is the best we’ve had in an iPhone yet.”

Siddhartha Joshi loves landscapes, you can tell from his Instagram feed. And he’s got some good things to say about the iPhone XR as well.

He says, “The camera sensor features deeper, larger pixels which improve image fidelity. And they are larger allowing more light to hit the sensor. The result? Even better low‑light photos.”

As a photographer, video might not be the driver but he loves how it works on iPhone XR. “iPhone XR shoots the highest‑quality video of any smartphone and it does it with better low‑light performance. And it has extended dynamic range in videos up to 30 fps with stereo recording.” All of these make iPhone XR a fabulous choice for a new phone.

Are you an iPhone user? A penny for your thoughts on the XR. And you can buy it here.