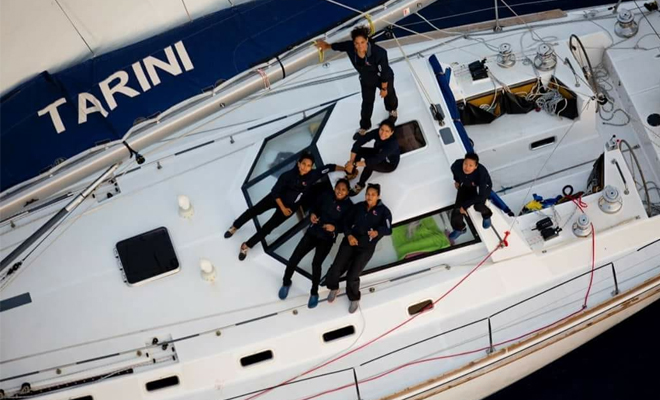 Six women. 254 days. 21,600 nautical miles. INS Tarini was welcomed in Goa after it was flagged off from here on 10th September 2017. On board were 6 women who created history by becoming the first-ever Indian circumnavigation of the globe by an all-women crew, the Navy said. This is no mean feat, and the crew were subjected to extreme weather conditions from storms to sub-zero temperatures and much more.

“The crew covered 21,600 nautical miles in the Indian-built sailing vessel INSV Tarini that visited five countries and crossed the Equator twice. It sailed across four continents and three oceans, and passed south of the three Great Capes – Leeuwin, Horn and Good Hope,” a Navy spokesperson said.

We are pumped to see Indian women conquering the skies and the seas!