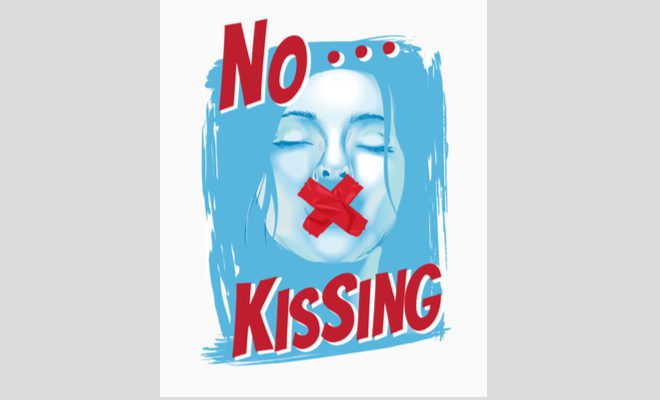 In Mumbai, A Society Tired Of All The PDA, Puts Up ‘No Kissing’ Signs

Truth to be told, I’m not a fan of PDA. PDA as in Public Display of Affection. I’m the type who’d hold your hand under the table and or steal a kiss when no one’s watching. But it can’t be said the same for everyone. I have known couples to enjoy PDA and rightly so. Each to its own. But what about the onlookers? The ones who are deprived of it and are helplessly (?) watching? Well, they could do what this society in Borivali, a suburb in Mumbai did. They painted ‘No Kissing Zone’ signs in the area to restrict couples from getting intimate. (Don’t even ask me how much I have laughed while reading those signs).

Recently, Satyam Shivam Sundaram society in Mumbai’s Borivali area has put up ‘No Kissing Zone’ signs outside their colony in order to restrict couples from getting intimate or showing any signs of PDA. We don’t know if they actually draw the line at kissing but we don’t want to venture ay guesses.

There is no denying that we are a conservative and orthodox society that flashes a big ‘NO’ to PDA and or public intimacy. Along with that, there was one more reason that pushed Satyam Shivam Sundaram society to place ‘No Kissing Zone’ signs in the colony. The other reason was the fact that during the lockdown the residents of the society saw a lot of couples being intimate and or indulging in PDA during the evenings in the area.

Before putting up the ‘No Kissing Zone’ signs in the colony, the residents of Satyam Shivam Sundaram had taken videos of a few couples indulging in PDA and approached the police with the issue. When the police didn’t do much about the case, the members of the society then took it upon themselves to find a solution.

And it seems that the ‘No Kissing Zone’ signs have worked their magic. The number of couples has decreased and now, all they are doing is taking selfies with those signs. I mean, why not.

If you asked me what I thought of the ‘No Kissing Zone’ signs, I’d say that I don’t see the point of them. I mean being intimate with a partner and or indulging in PDA is definitely not a crime. With the lack of space in Mumbai, construction taking place everywhere, and lockdown being imposed, there are very few places left where couples can go to spend their quality time. So, I say live and let live. Let each couple decide for themselves what and how they want to spend their time together.