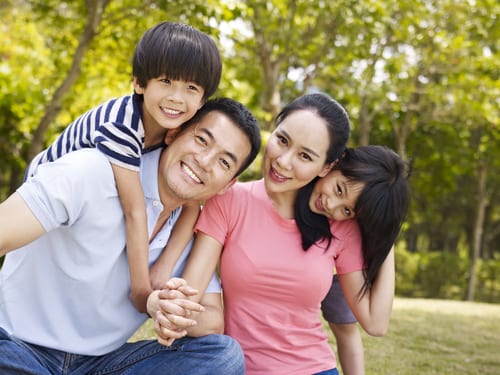 China continues to occupy the top spot in the list of most populous countries in the world, followed by our country which caught up and how. Until now, China had placed a cap of two children per couple, in an attempt to decrease the birth rate in the country. However, recently, China’s three child policy came into being as it extended the limit from two to three. The policy shift was approved by President Xi Jinping, as reported by Chinese news agency, Xinhua.

It seems like China is scrapping the limitations in births per couple, in a phased manner. Initially the nation had placed a one-child policy for decades to curb the population explosion. However, in 2016, it scrapped its one-child policy and made way for a two-child limit. “To further optimize the birth policy, (China) will implement a one-married-couple-can-have-three-children policy,” Xinhua reported.

China’s three child policy was set in place due to an aging population and with an aim of sustaining the nation’s young human resource. Of course, we know China’s economy benefits greatly due to manpower. The policy promises to be followed by “supportive measures” which can improve China’s population structure while “maintaining the advantage, endowment of human resources.”

While India’s youth makes up for a majority of the population, China’s nation is similar to Japan and Italy in the sense that these two have an essentially aging society. However, while on the surface it seems like China’s three child policy is here to solve that issue, several people took to Weibo to criticise the move. “I am willing to have three children if you give me 5 million yuan ($785,650),” a user wrote.

People are more concerned about lack of financial support when it comes to raising children rather than the number of births the government permits. Even when two children were allowed per couple, the birth rate wasn’t more than 1.3 per woman.

But it’s unlikely that China’s younger population will buy into the proposal. Like everywhere else, millennials are having fewer babies. People are reconsidering having babies- many are worried about the kind of world we will leave them. Some aren’t entirely sure they can afford babies.

“I feel the proposal fails to recognise the reasons behind the decline in fertility … People are held back not by the two-children limit, but by the incredibly high costs of raising children in today’s China. Housing, extracurricular activities, food, trips, and everything else adds up quickly. An effective policy should have provided more social support and welfare. Raising the limit itself is unlikely to tilt anyone’s calculus in a meaningful way, in my view,” Yifei Li, sociologist, NYU Shanghai was quoted by Reuters. “The challenges are so multi-faceted that it requires carefully coordinated actions in multiple policy areas to rebuild people’s confidence in the future… It is simply not wise to expect citizens to respond to policy changes so robotically,” Li added. In fact, unless women’s careers and finances are secured to afford three pregnancies, this is completely out of the question.

ALSO READ: Male Government Employees Who Are Also Single Parents Will Be Entitled To A Child Care Leave, Says Union Minister Jitendra Singh. We Are All For This

Meanwhile, Simone Tagliapietra, Research Fellow at Brussels-Based Think Tank Bruegel pointed out that this can worsen China’s green house gases emissions and the nation will have to control other factors responsible for the same on a larger scale.

In the end, the reason young people don’t want three kids is that the costs and stakes are high. Unless China’s three child policy comes with really tempting “supportive measures”, experts and youngsters aren’t buying it.