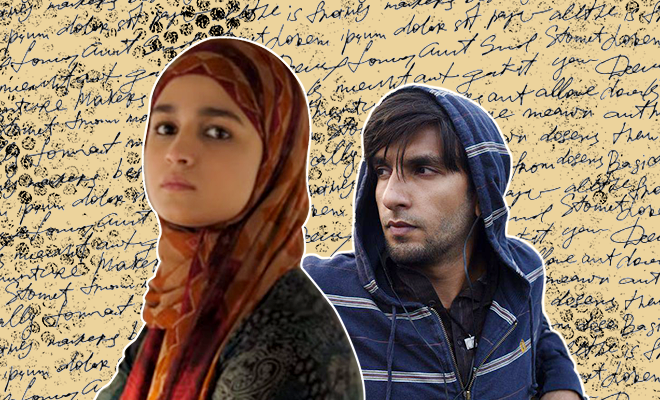 Gully Boy Got Out Of Oscars And Vivek Agnihotri Pointed Out This Was Because It Wasn’t Original. We Didn’t Get The Hype Anyway

When Gully Boy released, my friend and I watched it that very weekend. He was waiting for the movie for quite some time, like most of us. And even though the movie is well-made and Ranveer Singh has given a phenomenal performance, I didn’t feel like watching it again. One bit that excited me was when Murad told his father to back off and never abuse his mother again. But for most part, it was a dull ride for me. Maybe because rapping doesn’t interest me so much. So I anyway didn’t understand the reason the movie was hyped so much. Which is why, when I heard that it is India’s official entry to the 92nd Oscars, I didn’t understand it either. And now that it failed to make it to the final list of movies, it seems like a lot of people had seen it coming. The Tashkent Files director Vivek Agnihotri has been evidently upset with Gully Boy being picked and he didn’t shy away from putting it out there.

He took to Twitter to take a dig at Gully Boy and wrote, “This embarrassment happened because…Godmother Aparna Sen chose a copy over original films.” Gully Boy is inspired from the Hollywood movie 8 Mile, which is based on the journey of artist Eminem. He had also suggested that The Tashkent Files was much more deserving to make it to the Oscars since it’s an original film and I agree.

This embarrasment happened because the Godmother Aparna Sen chose a copy over original films like #Uri #Manikarnika #TheTashkentFiles and many others. pic.twitter.com/9PonkqlXMv

Even Rangoli Chandel had tweeted saying, “This film is based on Hollywood film 8 Mile, yahan ke movie mafia chatukar critics ke chaatne se kya hota hai (who cares about what sell-out critics have to say about the film?), it’s not original content like Uri and Manikarnika, why Hollywood will give award to a film which is copied from their film?” I think it’s safe to say, this tweet of hers made it to the list of rare sensible digs she has taken on Twitter.

This film is based on Hollywood film 8 Mile, yahan ke movie mafia chatukar critics ke chaatne se kya hota hai, it’s not original content like Uri and Manikarnika, why Hollywood will give award to a film which is copied from their film ? pic.twitter.com/vSVeVHVaUB

In fact, a lot of people supported both Rangoli and Vivek and spoke about their disappointment with India’s official entry to the Oscars. A user wrote, “Everyone in India knew Gully Boy wouldn’t make it to the list, except the jury. No offence. It’s a good film but Oscar? No.” Another user wrote, “It had 0% chance of winning against Bong Joon Ho’s masterpiece Parasite.”

India should make SLOW BURN movies for shining at the Oscars. It was a Commercial cinema.#GullyBoy was never a Oscar material.For me Gully Boy was just an average film and never a great film. No doubt media over hyped it, deserving film was #Tumbbad.#Oscars2020 https://t.co/3K8ThG47W0

Though i am fan of Ranveer Singh, Gully boy is not a Oscar material film, no originality at all (remake of 8 miles), performance wise Ranveer and siddhant stands best. Good decision by the Oscar committee.#RanveerSingh #GullyBoy

ALSO READ: Zoya Akhtar’s Gully Boy Gets Nominated At The Oscars. We Love Her But We’ve Had Much Better Films This Year

Seriously, what were these guys thinking? Just because Slumdog Millionaire did phenomenally well globally it doesn’t mean that all movies around the idea of ‘underdogs overcome everything to better’ coming out of India will do well. At least, not if it’s not even original.

ALSO READ: Kabir Singh Becomes The Most Searched Film Of 2019. We Are A Nation That Loves Its Toxic Masculinity.