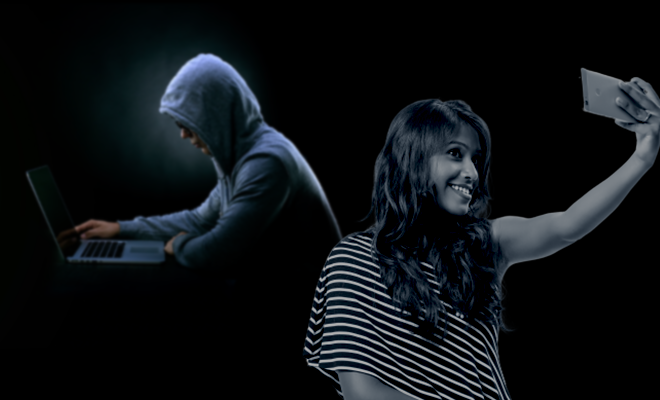 The more time I spend online, the more I realise just how much internet and phone scams have increased. The more alert people are becoming, the more these con artists are upping their game. From using dating and matrimonial apps to even friendly online games like Ludo, no platform is safe from these conmen. However, a lot of women are scammed for more than just money. Take a look at what happened to this woman from Gujarat who entered a freebie scam and was blackmailed, abused and forced to send nudes. It’s sickening.

This woman from Gujarat was lured into a “freebie scam” after she received a promotional text that said that she had won free innerwear. She was intrigued and fell for it. The woman registered her name, address, phone number and other details to avail the freebie. Oh damn, that’s never good.

A few weeks later, the woman claimed to have received another text asking her to send a picture of hers on a WhatsApp number. After she sent the picture, the accused began misbehaving with her. He asked her to send nude pictures of herself. When the woman refused he began abusing her and threatened to upload morphed pictures of her online.

Also Read: A Woman Was Conned Out Of Rs 7 Lakh By A Guy She Met On A Matrimonial Website. We Need To Be More Careful Online

The woman told the police, “After I sent my picture on the WhatsApp number, the unknown person texted me again saying that he wanted me to send nude pictures to avail the free scheme. When I replied with a no, he started sending abusive texts to me on WhatsApp and also threatened to upload my morphed pictures on the internet.”

While we all love freebies, this is outrageous and scary. Scamming and blackmailing women happens more often than you think and we have to be careful about the details we are giving out online. This reminds me of a modern and more terrifying version of the Nigerian Prince scam.