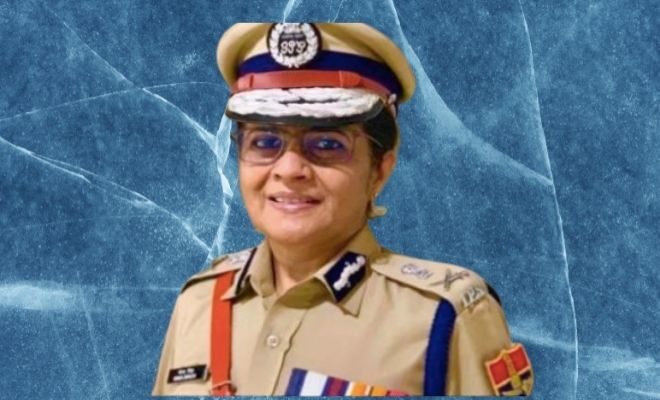 In almost any industry, there is one fight that every woman has to fight – the fight to break the glass ceiling. The fight is about having to go out of our way to prove ourselves worthy of having the job, the salary we get paid, the position we are in, etc. And yet after all of that, when compared to a man with the same credentials and achievements, the woman still gets paid less and or doesn’t get the position she deserves. Why, though? A woman who has worked day and night, fought tooth and nail to go ahead in the rat race, still is not given enough credit. Why?

A lot of famous women from around the world have spoken about their struggles in breaking the glass ceiling. It’s a constant battle that every woman has to fight on a daily basis. Having said that, there are some women who are constantly struggling to ensure that the glass ceiling disappears forever. One such being a woman cop in Rajasthan rose to the top rank.

Recently, a woman cop Nina Singh became the first Director General of Civil Rights and Anti-Human Trafficking Cell in Rajasthan. She was a 1989-batch IPS officer of the Rajasthan cadre. She has risen to the highest rank in the police force.

Nina Singh has completed her post-graduation in Public Administration from Harvard University. After having a successful career as a police officer, she broke the glass ceiling and became one of the six senior police officers with a Director General rank in Rajasthan.

In her list of achievements as a police officer, she has worked on many police reforms with Nobel laureates like Esther Duflo and Abhijit Banerjee. In fact, in 2005-2006, she worked alongside on a project for the Massachusetts Institute of Technology. The project was aimed to make police stations more approachable for the general public. With so many feathers that decorate her hat, it is really no wonder that she broke the glass ceiling.

To add more to her resume as a police officer, she has worked with CBI for six years. During her years there, she has worked on many high-profile cases – like the Sheena Bora case and the Jiah Khan suicide case. Nina Singh, the woman cop, was awarded the Ati Utkrisht Seva Medal last year for professional excellence. Her almost perfect record shows her journey of breaking the glass ceiling.

As one of those women who has successfully broken the glass ceiling, most of Nina Singh’s work revolved around problems faced by common Indian women. In fact, during her time as a member secretary of the State Women’s Commission, she designed a program where the members of the commission would hold out hearings for women in distress.

When asked about how she feels about breaking the glass ceiling and becoming the first woman in Rajasthan to rise to the position of Director General of Civil Rights and Anti-Human Trafficking Cell, Nina Singh replied saying, “Women are excelling everywhere, including the Tokyo Olympics. This will further inspire young women and girls of Rajasthan to come forward and take on bigger challenges. I also believe that all glass ceilings will gradually disappear.”

And it’s so true. Women in India are breaking the glass ceiling in every area – whether it be sports or public service. Their dedication and hard work have and is inspiring so many young girls and women out there to put their best foot forward. It gives hope to women throughout the country that no goal is too high and that they can achieve it no matter what society says or does. It’s time for women to rule. And see them do it with sass and grace!