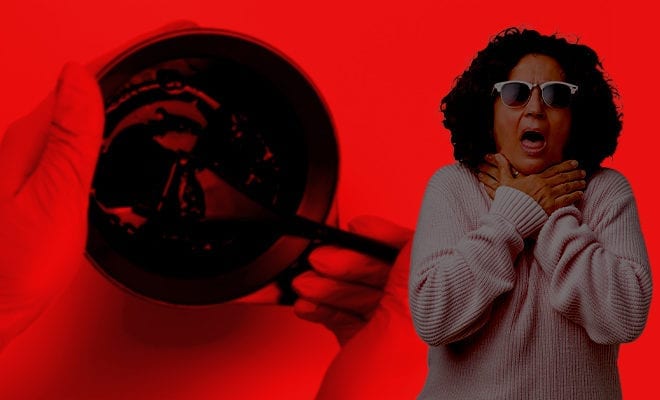 Out of all the things that make me, me – being accident-prone tops the list. I honestly can’t remember a single week where I have not met with one or the other accident. And while in my case, it usually ends up with someone laughing at my expense, it’s not the same for others. In fact, it can be quite tragic for some like this one involving hair dye.  Some accidents can be about innocent victims that are at the wrong place, at the wrong time.

Recently, a 70-year-old woman named Lalwati Devi in Patna, died in a tragic accident when she accidentally drank the hair dye kept in the bowl by her daughter-in-law. The partially blind woman was rushed to Sadar hospital but died several hours after.

Foul play was ruled out when the woman’s son, Gopichandra Sahni, gave a written complaint to Manjhagarh police station. According to the written complaint, his wife had kept a bowl of hair dye on the table to colour her hair. But when her child started crying, she left the hair dye on the table and rushed to look after the child. It was then that her partially-blind mother-in-law mistook the hair dye for water and drank it.

she was rushed to the hospital but during the course of the treatment, she died and the family members took the body back home for cremation. The family members gave a written complaint that they didn’t want any post-mortem to be conducted since this was an accident.

Most of us would think that a hair dye wouldn’t be a cause of concern if accidentally left lying around but this is proof that accidents are well, just that, accidents. We can never be too careful.

In this case, it was an accident but we know from years of writing about these incidents that sometimes, things are not as innocent as they are painted out to be.