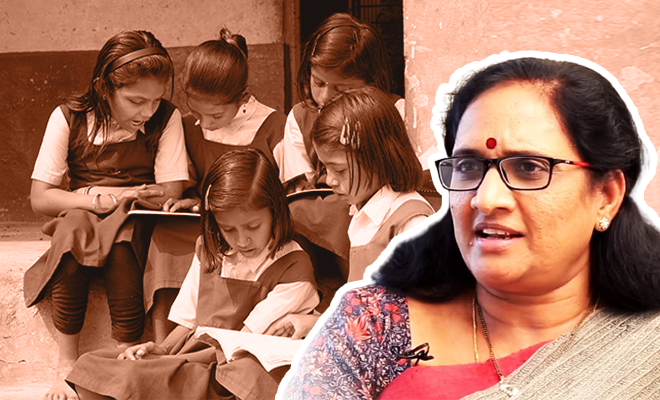 I am almost 25 years old and while the neighbourhood aunties all think I’m in the golden age for finding a suitor for myself, my parents are of the belief that I have to achieve a lot more before I think of tying a knot. Like getting a masters degree for starters. Meanwhile, in other parts of the country, parents in states like Bengal, Bihar and Jharkhand continue to practice child marriages, as they marry off their kids young, keeping up with the patriarchal traditions. A sad, but true reality one that might now be getting contested, as more and more efforts to eradicate this practice are being put in. Education is being given a priority.

Vasireddi Padma, chairperson of Andhra Pradesh State Mahila Commission has made a statement regarding the rising number of child marriages and urged that it is the responsibility of everyone to put an end to child marriages to confirm a bright future for the girls. Words we truly stand by at this point.

It was during a webinar jointly organised by the Canadian Consulate and the non-governmental organisations Children Believe and Social Action for Rural Development Society (SARDS) on Monday, that Vasireddi Padma shared how the state government was vested in empowering the status of women and girls and seeking to introduce various historical welfare schemes like Amma Vodi, Vidya Kanuka and Vasati Deevena.

Also Read : More Women Are Getting Married Later, According To The SRS Of India. But Child Marriages Are On The Rise. This Is Worrying

She also went on to share the shift in mindset and approach, of pushing girls to study as opposed to getting married. She said, ‘the Mahila Commission is undertaking advocacy against child marriages with the coordination and cooperation of various voluntary service organisations’.

Canadian Consulate General Nicole Girard also addressed the matter of education during the webinar sharing how Canada would provide help for the safety and security of women and girl children. Girard further called upon the government and the non-government agencies to come together to cooperate and to make the efforts against child marriages truly fruitful.

Several women spoke up in the webinar and made strong points. Valaparla Samata, member of Bala Panchayat, for instance talked about how girls have become braver after the introduction of Disha Act and urged them to shed silence and talk freely about their problems. “They should be in schools not anywhere else”, she said. Girls have an equal right to an education as does a boy, and it’s time that the society understands just how important education is to an individual, irrespective of their gender.

Also Read : The Number Of Child Marriages Has Gone Up Significantly. Girls Are Being Married Off Due To Poverty And Because They’re Seen As Liabilities