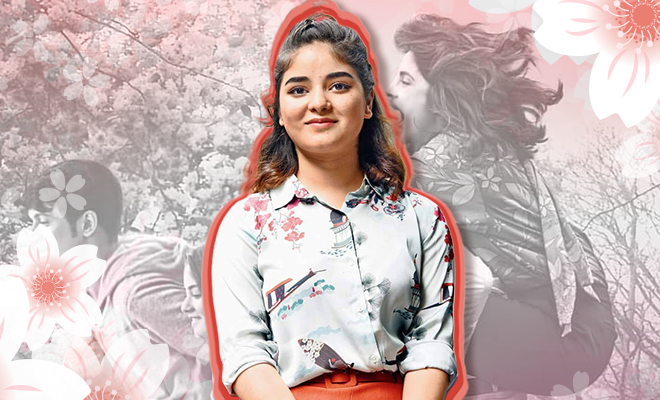 Dear Internet, If Zaira Wasim Wants To Attend The Screening Of Her Movie After Her Retirement, Let Her. Stop With The Judgement!

Monday mornings are particularly hard for me and a million others. You see, we are still stuck in the weekend, and out of legit excuses to take yet another leave. So naturally, my course of action during such mornings is to do anything and everything that make it a little less difficult for me. Except, the Internet has something entirely different planned for me, because what I woke up to, was far from anything you would want to wake up to on a Monday morning. I am talking about Zaira Wasim and the bout of criticism she has been bearing the brunt of, and get this, for mere speculations that she may be attending the screening of her movie ‘The Sky is pink’ at the Toronto film festival. Yeah, the internet decided to be all judgemental based on news that she may turn up. Mind you, she hasn’t turned up. But we are irate. These people must be busy.

Also Read : Zaira Wasim Gets Criticised Because People Think She Doesn’t Realise How Lucky She Is. But She Doesn’t Owe Bollywood Anything!

For the uninitiated, Zaira Wasim, or better known as the Dangal fame star, was only 2-3 movies old in the Bollywood fraternity and doing pretty well for herself, when she decided to retire from the industry and the line of work, due to religious differences and beliefs. In what was a rather heartfelt post on her social media, Zaira came clean about feeling how acting had been taking her away from what her purpose in life should’ve been and she felt rather distracted from reality when associating herself with the films.

A decision, that even then was met with conflicting responses – some supported her for her strong religious beliefs and others condemned her for using it as an excuse. When Zaira had issued her retraction from acting, the last film she had shot for was The Sky Is Pink, a film that was still awaiting release then. Either way, this would be the last time she’s going to be on screen, so it’s okay if she wants to see herself, right?  The internet didn’t seem to think so.

From thrashing her for being a hypocrite, they doled out numerous judgements for Zaira, calling her an attention seeker and a hypocrite. All of which in our opinion was absolutely unnecessary. Yes, The actress has decided to step away from the movies, but wanting to attend the premiere of a film she worked hard for is only natural and has nothing to do with her breaking a promise, one which she hasn’t made to you anyway. So exactly why are you getting your panties in a twist? Also, it is her life and she is entitled to taking whatever decision she deems fit, without succumbing to the social pressure of society, so if you would fuck off with your snarky comments, that would be very appreciated.

People need to learn to draw a line, especially when these things don’t concern them in the least bit. As opposed to publicly showing people down to give yourself the thrill of a cheap moral victory. At the end of the day, Zaira has the right to make her own choices in life, and if she thinks attending a film festival for her own movie is something she wants to do, then cut her some slack and let her be!

Also Read : Ileana D’Cruz Gives It Back To A Troll Like A Boss Who Asked Her About Her Virginity. We Think He Had It Coming!