Daughters Are Now Entitled To Get Equal Share In Parental Property Even If The Father Died Before 2005. Women Are Finally Getting Their Due 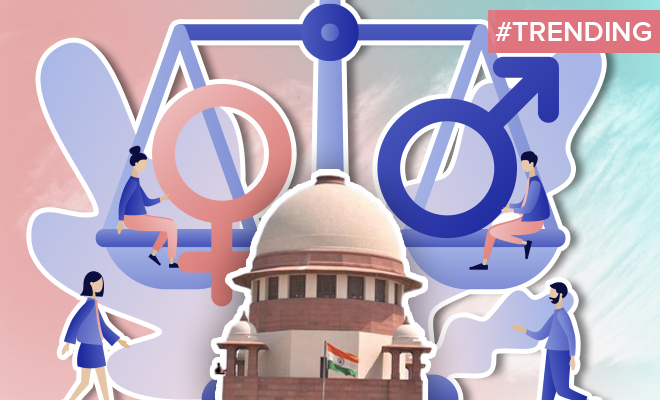 The Indian society sees its women as dependents who need to turn to their fathers, brothers and eventually their husbands for any kind of financial or social support. This is probably the reason why they are not encouraged to study, get a job and be financially independent, but rather are married off at an early age to spend the eternity being at her husband’s beck and call. That’s how the patriarchal system works in our country. On top of it, women have to fight for basic equality rights to get their fair share in the society and at home.

Daughters Are Now Entitled To Get Equal Share In Parental Property Even If The Father Died Before 2005. Women Are Finally Getting Their Due

I am talking about the conflicts regarding the women’s share in the parental property that have been a major concern for daughters for years. Before The Hindu Succession Act 1956 was amended in 2005, daughters were not given self-acquired property rights and once the daughter was married off, she had no right on the property whatsoever. It meant that while the daughter was not been given equal opportunities as the sons to stand on her own feet, she also had no right to claim for an equal share in her father’s property. This is seriously problematic in cases where the women are not treated well in their husband’s home and left with absolutely no way of supporting herself.

The Act was amended in 2005 to give equal rights to daughter but it still had some loopholes. Although it gave daughters a share in their father’s property, even the married ones, it stated that if the father died before 9 September 2005 (the day the act came into force), the daughter cannot claim over the ancestral property and stands no chance if the father didn’t give her self-acquired property in his will.

The latest ruling by the Supreme Court gave the daughter what was long due. Stating that a “daughter is always a loving daughter for the rest of their life,” SC bench that comprises of three Judges Arun Mishra, S Abdul Nazeer and MR Shah, said that daughters are equal coparceners at birth and so can now have coparcenary rights on father’s property even if he died before the 9 September 2005. This is great and historic ruling in the favour of women and a step ahead on India’s long road to equality.

I welcome the judgement of Hon. Supreme Court on Hindu succession act."Once a daughter, always a daughter.. a son is a son till he is married. The daughter shall remain a coparcener throughout life, irrespective of whether her father is alive or not."https://t.co/0dv3gj4nTQ

Let me give you the tragic backstory of the property rights in India. According to The Hindu Succession Act 1956, only sons could have a share in the parental property and forbade daughters to claim for the same. It didn’t consider women as coparceners and thus they were entitled to only ancestral property but not the self-acquired property (that the father bought on his own and not acquired by his ancestors). A coparcener is the eldest member of the generation, which according to the law was son, father, grandfather, that’s right all men. But thanks to the new ruling daughter are also the coparceners and thus can acquire her fair share in the parental property.

The three-judge bench said, “Daughters cannot be deprived of their right to equality conferred by Section 6 of the Act.” Excluding women from her own father’s property while her brother conveniently inherits everything is a classic example of the unfair and unjust patriarchal society we will live in. This shows how gender bias is deep-rooted in our culture. Gender equality, much like charity begins at home. If daughters are considered equal to sons and are raised in the same manner with equal opportunities and rights as their male counterparts, they wouldn’t go though such hardships and the state of women in our country would be far better than what it is right now.

Also Read: #Trending : Land Ownership Rights To Now Be Granted To Women Working On Their Husband’s Lands. A Great Step Towards Empowering Women!

I am glad though that people, rights groups and advocates are raising their voice against injustice towards women on the mere basis of gender. This year we have witnessed several landmark rulings by the Indian Government which backed women’s rights. From the Supreme Court granting permanent commission for women officers in the Army, a male-dominated sphere, to the Uttarakhand Government granting land ownership right to women working on their husband’s field, there have been several verdicts that changed the course for women. Not only they were empowering for women citizens but also proved to be a great move against gender disparity that still plaques in our society.

I admit that gender equality is still a far-fetched dream and we are in this battle for a long haul but at least a SC backing women’s property rights is a start. At least it a step towards protecting women’s rights and breaking age-old gender norms in Indian society. So, cheers to that!

Also Read:  India’s ‘ASHA’ Army Of 6 Lakh COVID-19 Hunting Women Is Going On A Strike. They Are Demanding A Better Pay. We Owe It To These Women