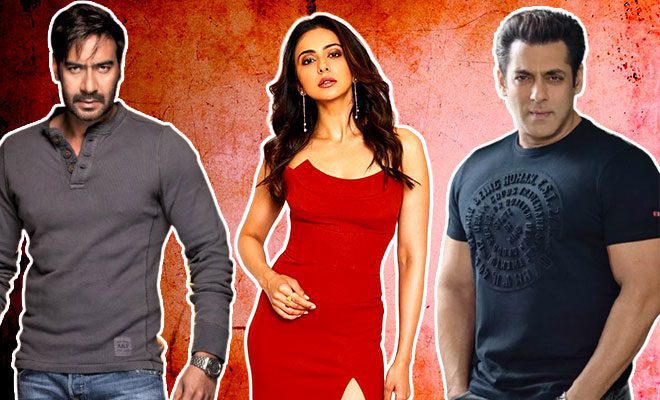 We often complain that the laws meant for crimes against women are not sensitive enough. But the ones that are, we don’t seem to adhere to them, the biggest one being the right to privacy. Social media does help immensely in spreading the word about crimes and demanding justice for rape survivors. However, a side effect of social media is that very often, private details about the victim get revealed because people are too callous about not following the law. Though the intentions are not bad, the negligence towards the victim’s privacy speaks volumes. More often than not, the price of negligence is high. Take the recent case, where a Delhi-based lawyer filed a complaint against 38 film actors of Tollywood and Bollywood, including Salman Khan, Ajay Devgn, Akshay Kumar, Rakul Preet Singh and more, for revealing the rape victim’s identity in a rape case from two years ago.

Delhi-based lawyer Gaurav Gulati filed a complaint against 38 Tollywood and Bollywood actors for revealing a rape victim’s identity. The horrifying rape incident took place two years ago in Hyderabad and the name of the victim was not revealed in the case.

According to the reports of the case, a doctor was raped, killed, and burnt alive by four men on the outskirts of Hyderabad. The real name of the rape victim was revealed by when these 38 actors took to their social media and tweeted about the incident.

Also Read: NCW Member Blames Badaun Rape Victim For Going To Temple Alone In The Evening, Takes It Back After Backlash.

As per the latest reports, Gaurav Gulati filed a case with the Sabzi Mandi police station against the Tollywood and Bollywood actors like Anupam Kher, Farhan Akhtar, Ajay Devgn, Akshay Kumar, Salman Khan, Maharaja Ravi Teja, Rakul Preet Singh, Allu Sirish, Charmme Kaur, and others. The case was filed under Section 228 A of IPC. He has even filed a petition in the Tees Hazari Court, stating that these actors were not acting as responsible citizens of the country.

Keeping the court judgment in mind, Gaurav Gulati accused these actors of revealing the real name of the rape victim, despite the fact that the law prohibits it. The basis of his argument lies in the fact that instead of setting an example, these actors were the ones to break it. And since they have not shown any social responsibility, he has sought an immediate arrest of all these 38 Tollywood and Bollywood celebs.

Spreading awareness and consoling the families of rape victims is one thing. But revealing their real name and disrespecting their privacy is another thing. Even though I’m sure none of these actors meant to take away the rape victim’s right to privacy, unknowingly they did so. And this could be any one of us. We need to be careful about the information we’re forwarding on social media and keep in mind the effect it could have on the person (and their families).