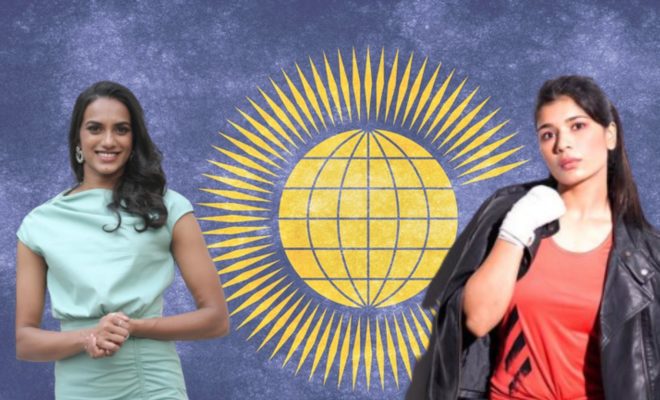 Indian Women Squad Announced For The Commonwealth Games 2022 In Birmingham

Commonwealth Games is considered to be one of the most prestigious events in the sports world. The event is an inclusion of many games, from wrestling, and hockey to even cricket. Many countries from around the world become a part of the Commonwealth Games (CWG). The CWG 2022 is going to take place in Birmingham and the list of participants has already been announced. The games will begin on July 28 and a finalised list of Indian women athletes has been released, for every sport. However, women’s cricket team is yet to be announced.

The Indian Badminton team for women includes PV Sindhu, Ashwini Ponnappa, Aakarshi Kashyap, Treesa Jolly, and Gayatri Gopichand. The list is undoubtedly impressive. According to an article, the trials for the selection of the women’s boxing squad took place in New Delhi. Mary Kom, India’s celebrated boxer had to withdraw from the trials because of her knee injury. However, the finalised list includes all the upcoming stars in the field of boxing, even Nikhat Zareen, the gold medal winner of the IBA Women’s World Boxing Championship has also made her way for the 50 kg category. Apart from her, the list of boxers includes Nitu (48kg),  Jaismine (60kg), and Lovlina Borgohain (70kg). The women’s cricket team is yet to be announced, however, this will be the first time that the women’s cricket team will be a part of the Commonwealth Games, as per the source.

For the Indian wrestling squad, the trials were held in Lucknow, Sonepat, and Delhi. Many notable female wrestlers from India have made it to the CWG. The following athletes will be participating in the CWG 2022- Pooja Gehlot (50kg), Vinesh Phogat (53kg), Anshu Malik (57kg), Sakshi Malik (62kg), Divya Kakran (68kg), Pooja Sihag (76kg).

The table tennis trials for the Commonwealth Games took place in Bengaluru, and the following athletes have been finalised for the games– Manika Batra, Reeth Rishya, Sreeja Akula, and Diya Chitale. Swastika Ghosh has been announced as the replacement player.

We wish our women athletes the very best for the Commonwealth Games.

Mithali Raj Announces Retirement From International Cricket. We Will Miss Her On The Field!