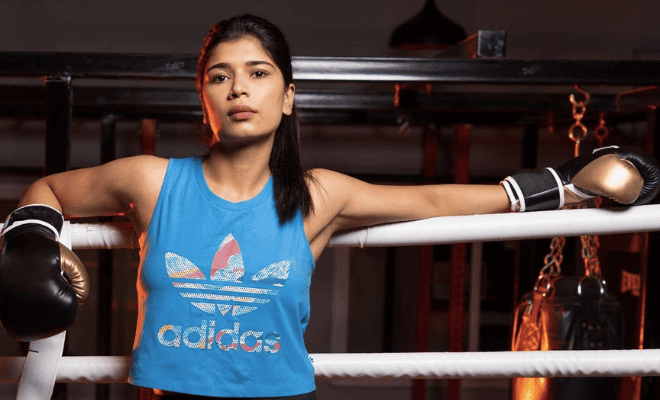 Women have been making it big in all fields over the last few years and they’re taking our country places. And yet another name will go down in history for making India proud on an international level. Star Indian boxer Nikhat Zareen became the first one to carve a place for herself in IBA Women’s World Boxing Championships 2022 finals with a stellar victory over Brazil’s boxer Caroline De Almeida in Istanbul on May 19. But wait, there’s more. Boxer Manisha Moun and debutant Parveen Hooda won bronze medals for India in the championship.

🇮🇳’s @nikhat_zareen becomes first 🇮🇳 boxer to cement her place in the 𝐟𝐢𝐧𝐚𝐥 of #IBAWWC2022 as she displayed her lethal form🔥 to eke out 🇧🇷’s Caroline in the semifinals! 🦾🌟

PM Narendra Modi also took to Twitter to share pictures of the boxer and congratulate her on the win. He also congratulated Manisha and Parveen.

Our boxers have made us proud! Congratulations to @nikhat_zareen for a fantastic Gold medal win at the Women's World Boxing Championship. I also congratulate Manisha Moun and Parveen Hooda for their Bronze medals in the same competition. pic.twitter.com/dP7p59zQoS

Reports suggest that Nikhat Zareen registered a dominating victory with 5-0. The boxer is the fifth Indian woman to secure a gold medal at the World Boxing Championships after Mary Kom, Sarita Devi, Jenny RL and Lekha KC. In the previous edition of the World Boxing Championships four Indian boxers including Manju Rani and Mary Kom won medals for India. While Manju Ran had won a silver, Mary Kom clinched a bronze. Nikhat Zareen’s win is India’s first gold medal in boxing since Mary Kom’s win in 2018.

Cheers to Nikhat Zareen and congratulations on the win. We’re really proud of the boxer. We’d also like to take a moment to thank her for bringing home this victory and filling our hearts with so much joy!

Taliban Leader Says They Keep ‘Naughty’ Women At Home. This Is Shocking And Disgusting.