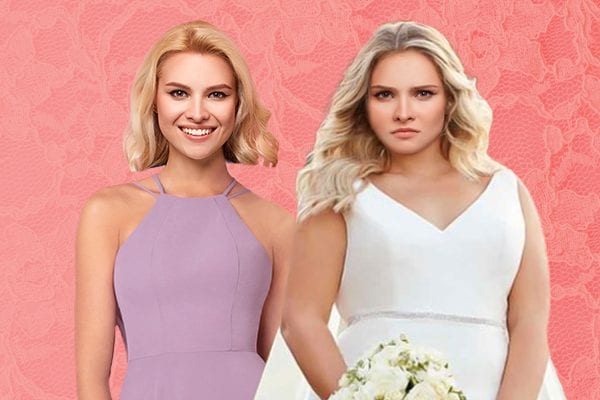 If there is one thing that I know for sure is the fact that weddings are not just about the couple. They are for all involved, especially the families. And the wedding gets even more special, emotional, and fun if it is your sister/brother is getting married. But can you even imagine how much extra fun the wedding can be if that sibling is your twin? I mean, wow! The person you’ve shared a womb with is getting married – it has to be doubly exciting. Unless of course, you’re the type of bride that is insecure about herself and believes that your twin is purposely trying to upstage your wedding.

Think that’s not possible? Well, recently, a bride accused her twin sister of purposely trying to steal the light by not putting on weight to match hers. May, the bride, and her twin sister had mutually decided to workout together and they were a size smaller before the wedding.

The twin sister spoke about this incident on her Reddit and said that when the Covid-19 pandemic began, the bride – May – had stopped working out. And May assumed that even her twin sister would stop working out, but that clearly wasn’t the case.

And since the twin sister lived away from May, she did not know what was currently going on. She hadn’t gotten a chance to either speak to her family or May, the bride-to-be before she finally met her physically.

And it was then that May turned into a bridezilla. The bride was shocked to see that her twin sister had not put on any weight and in a drunken state, she threw a tantrum accusing the twin of trying to upstage her on her wedding day.

The twin sister, after keeping calm for long, finally lashed out at the bride. She told May that if she was so conscious and insecure about her weight then she shouldn’t have stopped working out.

Reading about the bride’s insecure incident on Reddit, the users came out in support of the twin sister and reassured her that she didn’t do anything wrong. They were of the opinion that May, the bride, should have focused more on herself than what her twin sister was doing. Getting jealous over her twin sister’s efforts is the bride’s own insecurity speaking up and has nothing to do with the sister.

The bride projected her insecurities onto her twin sister. And she isn’t the only one who does it. We all, from time to time, do end up projecting our insecurities onto someone else. While forgetting that we should focus on ourselves rather than comparing ourselves to others. When we’re secure and in love with ourselves then the journey of others will stop bothering us.