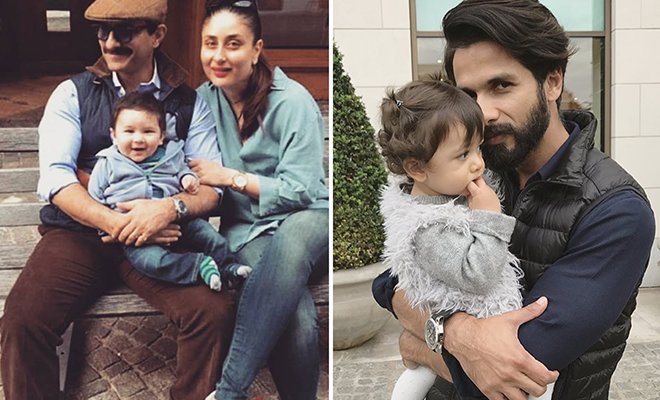 These Adorable Celeb Babies Are Making Our Hearts Melt!

Let’s be honest. We, as a country, are obsessed with everything Bollywood. Whether it’s the movies, the style trends, the dance numbers or their fantabulous vacations… Bollywood has become a super important part of our lives.

Our latest obsession: Bollywood babies! Celebrity kids are making us go awww with their ridiculous cuteness! Every time a picture of a celebrity baby pops up on my feed, my lips curve into a genuine smile.

Then again, I’m obsessed with babies and believe that they are a treat for sore eyes. So, to make your weekend a whole lot better, here are the little munchkins of B-town who have in ’em the power to bring about world peace!

This post could just be about the newest member of the Pataudi clan — Taimur Ali Khan. Kareena Kapoor and Saif Ali Khan’s son has literally taken over social media single-handedly and legit converted baby haters into lovers. I mean, just look at those cheeks?

Lara Dutta’s daughter, Saira is growing up to be a diva with just the correct amount of cuteness!

Misha has been our favourite from the time she was born. From doing funny dance steps to those boomerangs that her dad proudly posts on Instagram, she is going to be a star that will shine the brightest!

Karan Johar’s adopted twins, Roohi and Yash already have success written all over them. But, what they also have is that sweetness in their eyes that can captivate anyone. One look and you’re in love!

Growing up faster than we’d like, Shah Rukh’s youngest one is a handful. Absolutely entertaining, he’s kept the biggest star on his toes at all times!

Now that’s what a happy family looks like, right?

She takes the cake for being the best arm candy for her mum. Always in the news, Aaradhya keeps reminding us that she is a future superstar and she is definitely going to kill it! Oops, already doing that.

Celina Jaitley’s twin boys are truly God sent. They have eyes that could melt anyone’s heart and the rosiest cheeks ever! Now, they are eagerly waiting for their siblings (twins again!) to arrive, and boy, so are we!

Kiran Rao and Aamir Khan’s son, Azad is growing up to be a lookalike of Harry Potter and we are not complaining. Away from the media and always calm, he’s unlike any other child.

Posing forever with his yummy mummy, Viaan manages to take the limelight away from his mother with his sweet, sweet charm!

Back in action, Sanjay Dutt’s twin kids are his strength and they make us believe that kids really can make people better human beings.