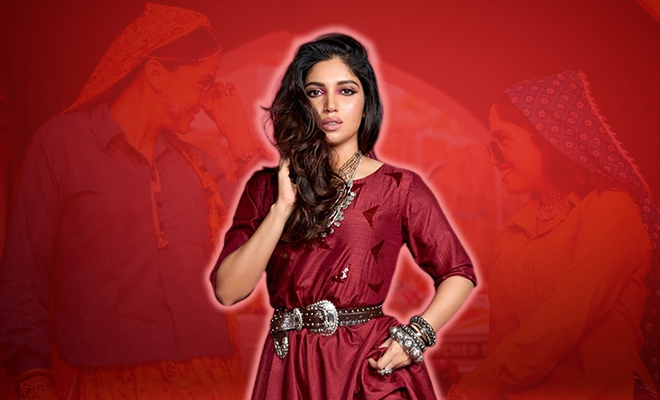 There are a lot of times when I am sitting with my mother listening to her narrate stories of her childhood, and she easily slips into the nostalgia, her face wearing a smile as she recollects little details of an era gone by. It is during such times that she tells me how soon after my birth, she had had to quit her job to be able to take care of me. A choice that she says she made consciously and of her own free will. And even though she till date says her decision to become a home-maker has made her happy, I’d be lying if I don’t sense just how much she misses going to work every now and then. A story that isn’t just limited to her, but a tale of almost every other household, where the woman of the house had to put her dreams on hold just to be able to fulfil those of her family obligations and raise a child. Yes, raising a child should involve both parents, but more often than not, in India especially, this continues to be a woman’s job. The movie Saand Ki Aankh talks about the inequality towards women in today’s society and we are already rooting for this one.

In a recent interview with the Shubh Mangal Saavdhan actress, Bhumi Pednekar opens up about her upcoming release Saand Ki Aankh and the concerns that it means to address through the movie. Talking about how it highlights the current state of women in the society, and the inequality they face, she said, “Saand ki Aankh is film about equality of women at its core. Women have faced inequality in our country ever since we can remember. It’s taken a bunch of bold and courageous women to break those age old moulds of discrimination, to bring about an evolution of equality in our country.” As brought about by the courageous Tomar sisters, who pursued their passion for becoming sharpshooters in their 60s.

Bhumi further said, “These women started a revolution. And that’s exactly what the Tomar sisters did. Unknowingly they were a part of a system that didn’t give them any opportunities because the society just didn’t know better, but they didn’t want the same for their daughters and grand daughters.”

For years, women have faced the brunt of unreasonable stereotypes and orthodox traditions that have put them down from going after what they really want, but these women remind us that it only takes a little courage to bring about a change. Their journey from once being subjugated to now being an inspirations to thousands, as shown in Saand Ki Aankh is one that people need to see to understand just how capable we women are. Bhumi said,, “They are full of love, warmth, hope and all things positive. They are such fun and full of life. Their story is one to be remembered. It’s a roller coaster ride full of tears and laughs.”

Calling it a family film, she said, “It is an out and out family film because it is important for the whole family to see this movie and realise that knowingly or unknowingly it is always the woman of the house who get subjected to inequality, it is her dreams that more often than not (it) become secondary or non-relevant.” But guess it’s time to change that and urge women to realise how their dreams are just as important and worthy of being pursued as anyone else’s.

We can’t wait to see the movie hit the screens and hopefully open an important dialogue to not just acknowledge Chandra and Prakashi Tomar as the real-life heroes that they are, but also every other woman who sits home and gives up on her dreams to make ours come true. It’s about time, we learn to step back and let them shine!

Also Read : Taapsee Pannu Hits Back With A Heartfelt And Befitting Reply To Rangoli Chandel On Saand Ki Aankh Casting