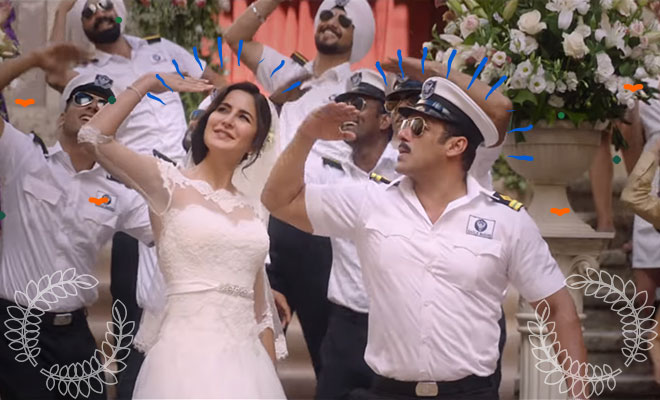 Friday comes laced with weekend vibes, and immediately puts us in a rather relaxed and laid-back mood. That was up until we saw the latest song from the movie Bharat being released. The movie, that is said to be an extraordinary journey of an ordinary man dropped another one of its songs called Zinda, and having listened to it, the laziness inside was instantly replaced with a feeling of patriotism.

The song starts with yet another monologue from Salman Khan, and dates us back to August 14, 1947 where we can see a young Salman escaping from the partition riots, while his father played by Jackie Shroff is left behind giving him the responsibility of taking care of others.

What sounds like a victory anthem with powerful lyrics, looks more like another one of the movie’s trailers, as it takes us through the different phases of Salman’s character. Briefly covering all his looks, from that of a young boy to an old man, from playing stunts at a circus ring to rescuing fellow labourers from a mine collapse, and showing glimpses of his love triangle with both Disha Patani and Katrina Kaif, it just is a culmination of what we already know.

But what one did not know was the song was initially written down as a poem by the Director Ali Abbas Zafar, and subsequently was picked up as the lyrics for this song. Upon being asked about it by Mumbai Mirror, Abbas shared, “It was originally a poem which I had written while scripting the film. The core message of the film is that belief and conviction keep you alive. It is an uplifting track and infuses him (Salman) with the strength of purpose.”

He further commented how, “Bhai (Salman Khan) doesn’t know yet, we don’t share these small details, he knows I keep doing something or the other. But this time I think he will be surprised. Of course, he’ll pull my leg, saying, ‘So now, you’ve starting writing songs too, now you will ask for an extra cheque.’ That’s the kind of bond we share.”

The song is undoubtedly giving us some patriotic feels, more than the previous ones have managed to, considering Aithey Aa didn’t sit quite right,  from the setting, to the steps to the lyrics. But seems like they’re making up for that missed shot with this one. The film is due to release on Eid, June 5, and we hope it delivers what it is so vehemently trying to promote – a strong screenplay and good acting.