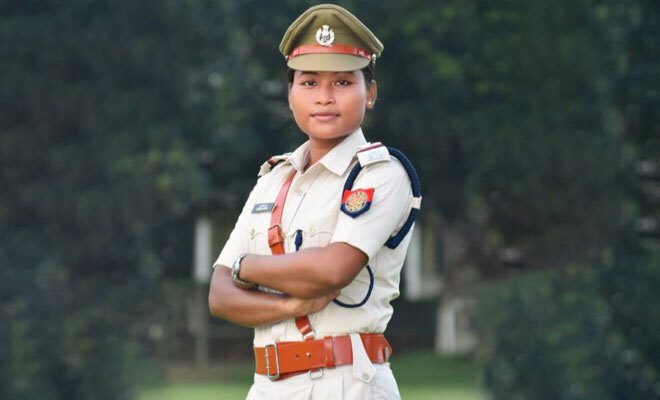 While we have seen multiple stories about law enforcement officers or politicians not knowing whether to look after their own interests or their duty, we have an exceptional female cop who knows what her duties are and will not back away from them. Junmoni Rabha, a female Assam cop aided the arrest of her own fiance! Why? Because he was committing fraud. Talk about women putting their work before men.

The Assam police have arrested a conman named Rana Pogag who duped several people saying that he will get them a job at ONGC (Oil and Natural Gas Corporation). He demanded money from people in exchange for getting them a job in the company. The police claim that Pogag scammed people out of crores of rupees.

Pogag introduced himself to Junmoni Rabha as a public-relations officer. Rabha is a sub-inspector in the Nagaon district of Assam. After meeting briefly, they decided to get engaged in October and marry someone in November. The moment Rabha found out that Pogag was a fraudster when people came and told her about how he had duped them. She had checked his bag and recovered some fake seals and documents of the ONGC. So, she lodged an FIR with us. We registered a case and arrested him.” a police officer told sources. Rabha was grateful for the people that warned her about Pogag.

The oath to protect the law "at all costs" should override everything else. Glad that the oath means something to some. Bravo Junmoni Rabha👏👏#Assam https://t.co/ZNnqu4qNFT

She was that time also done her duty when strictly facced Amiya Bhuyan MLA Bihupuria and today also done in same manner.

This isn’t the first time that Junmoni Rabha has been in the news for being a badass. She also made headlines in January 2022 when she refused to side by BJP supporters when they were found bending the law during a call with Bihpuria MLA Amiya Kumar Bhuyan. When Rabha was posted on an island called Majuli, her phone conversation with MLA Amiya Kumar Bhuyan went viral. The police had ten seized the boat and MLA asked her to not go after the Mishing tribals who heavily reply on boats. She had questioned how he could ask a police officer to break the rules and regulations while he himself was an elected representative.