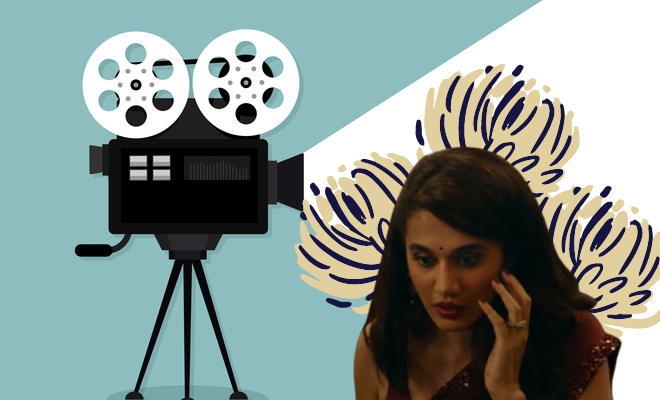 The first time that I saw the movie Thappad, which had just released on the big screen, I was accompanied by one of my very close friends who was moved by the simple yet powerful plot of the movie. And I could see why. I had goosebumps every time Taapsee Pannu stood by her decision to part ways with a man who thought it was okay to raise his hand on her. But it was really later that day, when the reaction of my friend put things into perspective really. You see, influenced by what she had witnessed, she ended up sharing how she too had been one of those many women, who were hit by their partners, only conditioned to let go of it the very next day. Made to believe that getting angry over it, throwing a tantrum or or his effused apology was enough. Couples everywhere fight, was the theory she told herself. It was that evening when she realised how wrong it was and how she had been exploited she’d been all this while, but not anymore.

That night, I received a text from her that read, “I did it. It’s over between me and him”. Safe to say, we both slept like babies that night all thanks to the one movie that finally showed women how they weren’t wrong to be unaccepting towards a slap. Of course it was more than an impulsive reaction – the man felt entitled enough that he should take that step in the first place, and of course it wasn’t ok. And it was perhaps that message of ‘nahi maar sakta’, that resonated with women all around the country and beyond, that has today landed Thappad a well-deserved nomination at the 14th Asian Film Awards.

Bagging two nominations at the Asian Film Awards, Thappad is part of almost 39 films in total nominated from over 11 countries. Running for the ‘Best Film Category’, as well as earning a nomination in the ‘Best Editing category’. The event will look at presenting 16 awards in total, recognising artistic and technical achievements in and around Asian cinema. Lined to be broadcasted on 28th October, considering the present Covid situation, the awards are going to be a nail biter for Anubhav Sinha and his team, while for us, the movie is already a winner.

Also Read : Thappad Writer Mrunmayee Shares How They Were Constantly Asked If One Slap Was Enough. And Like Her, We Say Yes

Look at the company THAPPAD is in. Yayyyy!!! https://t.co/MOeA90EFKK pic.twitter.com/rP1xZuLcun

Sharing his thoughts about the nominations, Anubhav Sinha told Mid-day that, “When I was working on Thappad, I didn’t know that the thought or the messaging of the film would be accepted and appreciated so well, even globally. It’s only when I spoke to my non-Indian friends based in USA, Germany, Taiwan and Malaysia, that I got to know about it.” He went on to share. “I was actually planning to base the backdrop of the movie in a non-metro but the women members of my team informed me that the issue is prevalent in cities and upper middle-class families too.”

Thappad was interesting because it showed that even one slap is enough to end things. The movie was indeed a peek inside the many Indian households, relationships and actually the mentality of people, as they have for too long cast aside a woman’s respect and made it entirely dispensable.

Thrilled and proud to see not just the name of their movie running for an award as prestigious as this, the actors and makers of the film were also glad to see the message of the movie spread across and in the right way. Anubhav Sinha took to his social media to write, “Look at the company THAPPAD is in. Yayyyy!!!” It is heartening to see that movies like such, addressing the deep rooted and problematic issues of the society are finally being recognized in global cinema. Not to forget, how for every Kabir Singh, we’d always a Thappad showing how it’s done.

Also Read : From ‘Thappad’ To ‘Gunjan Saxena’, Bollywood’s Progressive Papas Are Showing Us How To Raise Strong Women