Anoushka Shankar Comes Out About Her Hysterectomy. We Need More Women Like Her Talking About These Things! 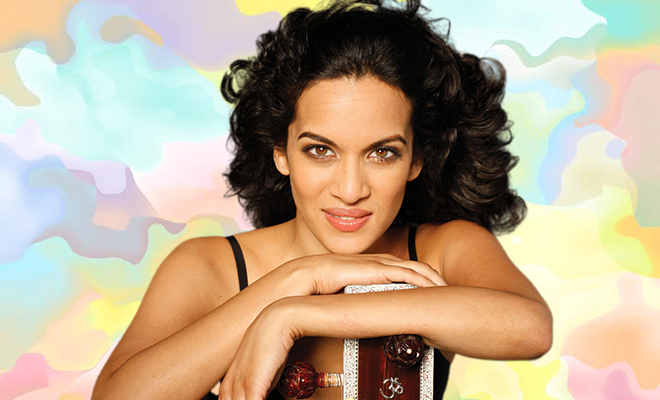 As an informed and well-educate millennial, I often feel the lack and therefore the need to bring up conversations on certain topics that are either brushed aside or completely dismissed. Especially when they are in relation to women’s health and issues. Be it menstruation, child birth or breastfeeding, such topics have always been avoided on a bigger forum, up until recently when women have finally started saying, ‘ If you’re offended, I don’t care, I am going to talk about it.’ One such dialogue is about hysterectomy, that was recently talked about by famous singer Anoushka Shankar.

Also Read : Chhavi Mittal Asks Why Breastfeeding Is Offensive But Smoking Is Not? She’s Got A Point

The musician who has given us some iconic songs to hum, recently shared a heartfelt post where she talked about overcoming two double hysterectomies and is finally letting her fans in on the news. She wrote, “As of last month, I no longer have a uterus. I had a double surgery: a gynaecological-oncologist performed a hysterectomy due to my large fibroids, which made my uterus as big as if it were six months pregnant, and an incredible surgeon removed multiple further tumours from my abdomen (which I blessedly then heard were all benign). One tumour had grown through my muscles and was visibly protruding from my stomach. There were 13 tumours in all.”

LADY BITS, by Anoushka Shankar
(Swipe to read about why I no longer have a uterus, and why I decided to tell you) pic.twitter.com/60laJGTWTg

Talking about a situation, that must not have been difficult just physically but also emotionally, Anoushka Shankar did not just brave through the surgeries but also the mental and emotional tumult of coming out with the fact that she no longer has a uterus. She continued to write, “When I found out a few months ago that I needed to have my uterus taken out, I went into a short-term depression. The news triggered fears about my womanliness, my possible desire to have more children in the future, the fear of dying in surgery and leaving my kids without a mother, the effect the changes may have on my sex life and more. I spoke to friends and family about my news and was shocked to discover how many women had had hysterectomies although I’d never known they had.”

She then shared how she asked one lady about it not being so talked about to which she was responded by, ‘Well, we aren’t exactly going to flash our lady-bits everywhere, are we?’. She further wrote, “I look back and grieve for my younger self and all the girls I knew, for how much we were expected to cope with in silence. I’ve always thought of myself as someone who comfortably shares most thoughts and experiences. Yet I look back and realise I allowed my internalised embarrassment and shame around sexual health, and my period, in particular, to remain unchallenged all these years,” and it made us wonder about all those women who are still dealing with such internalised pain and shame.

As strongly as the society may challenge this opinion, but a woman’s uterus has no bearing on her and will not define her in whatsoever capacity. A uterus or not, a woman is still a woman and has the right to talk about such important issues, that haven’t been talked about enough. We are glad that Anoushka felt confident and empowered enough to speak up about the trauma. More power to you, Anoushka!

Also Read : UP Bus Stations To Now Have Breastfeeding Kiosks For Mothers. Still No Idea Why Women Must Hide But It’s A Start!