A Man Thrashed His Wife For Being ‘Dark, Fat And Ugly’, Unlike His Girlfriend Who Is Slim And Fair 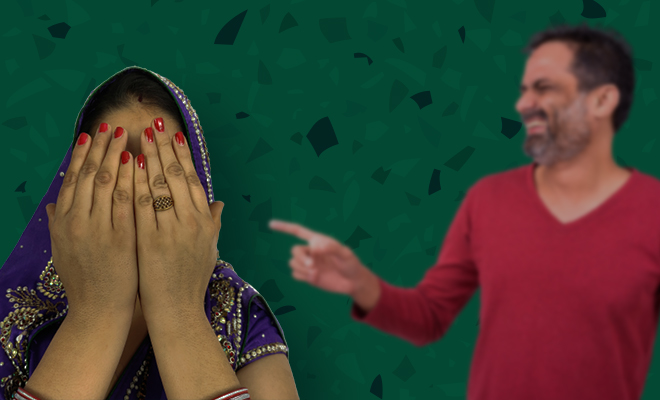 A confidante, a friend, a lover, a companion, that’s all the things that you hope your partner will be, especially in a marriage. You expect them to be the person to hold you when you’re down , to celebrate you for who you are and be hopeful for what you can be. What you certainly don’t expect to be is bitter, hurtful and shallow like this man from Mumbai who has been accused for harassing his own wife by passing remarks on her looks (he called her ugly) and taunting her for not being slim, fair and beautiful.

Hitting a new low, a woman filed a complaint against her husband who puts up in Grant Road in Mumbai. She alleged that he used to harass his wife for not being slim enough, calling her dark, fat and ugly and abandoned her for it.

And, sadly enough that wasn’t just all. The man in question hasn’t just been accused of passing rather derogatory remarks on her wife, body shaming her but also held guilty of thrashing her wife for not being beautiful enough or meeting his stereotypical standards of beauty.

Ahmedabad Shocker: Man Compares Wife With Girlfriend, Thrashes and Abandons Her for Not Being ‘Slim and Fair’ #Ahmedabad #Gujarat https://t.co/TxfzT0zIV8

Also Read : A Group Of Men In Bihar Harass And Shame A Girl For Sitting In An Isolated Spot With A Male Friend

The complainant had gotten married to the accused in February of 2018, and within a month of their wedding, the family started making demands for dowry. Except, they stooped as low as taking digs at her appearance and harassing her by passing demeaning comments on her looks.

She shared with the police that the guy would even tell the woman about her girlfriend who was ‘slim, pretty and fair’. Because ultimately in our society, beauty is only defined in these parameters, and everything else is termed ugly. “Whenever I protested, he used to beat me and even his family members provoked him to beat me,” said the woman.

The woman also shared, “They used to pressure me to give birth to a boy and threatened me with dire consequences if I gave birth to a girl,” along with sharing instances of getting beaten up for not cooking good food among other things. It is disheartening to see that the society is still burdened by the superficial stereotypes that allow them to view beauty in only one form. It’s a shame that women, once again, have to pay the price for the shallow mindset of the people.

Also Read : Three Men Belonging To A YouTube Channel Crew Were Arrested For Harassing Women To Get Views.