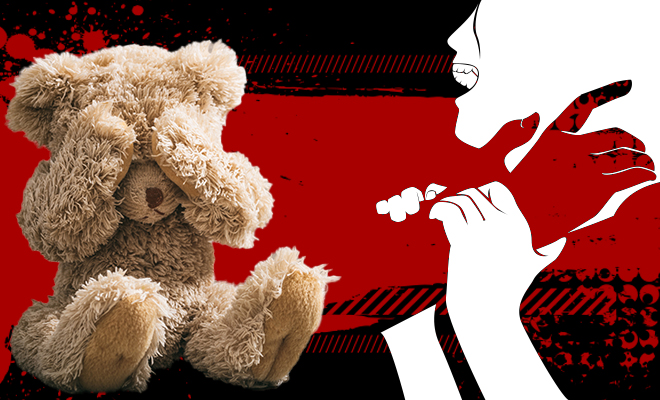 A Child Witnessed His Father Beating His Mother To Death. Other People Stood Around Taking Videos. Humanity Is Dead

These past few months have seen quite a surge in the number of domestic violence cases that have occurred. Actually, according to the UN and the NCW, the number of domestic abuse cases have doubled this year. And it is largely due to the lockdown since women were left at the mercy of their abusers. This sudden spike has been noticed in almost all the coronavirus-infected countries. Although there are women shelters who are working round the clock to protect these women, the pandemic wave has made it an extremely difficult task.

The best thing we can do right now is to try and help as many women as possible and just wait out the storm. There is a domestic violence case every second day playing in the news but it is only recently that people have started raising their voices against this gruesome crime. Anyway, the case that is making headlines at the moment needs to be talked about because of its heinous nature.

Earlier this week, the Uttar Pradesh police arrested a man from the Korihar village in the Raebareli district for allegedly thrashing his wife to death. The entire incident was caught on camera and video has gone viral. But, the most shocking part is that their 6-year-son bore witness to his father beating his mother to death.

Also Read: The Number Of Cases Of Domestic Violence Have Increased During Lockdown. The NCW Is Taking Initiatives To Fight It. But Is It Enough?

A video of the incident which has gone viral on social media shows that other villagers, including the couple's six-year-old son, were witness to the incident.https://t.co/LSfu4jPzdw

The man, identified now as Dharamraj, was allegedly inebriated during this incident, beat his wife Sangeeta so brutally that she died of internal injuries. The video that went viral on social media was shot by their neighbour and it showed other villagers standing around watching this happen.

I am sorry, I have to ask if they can shoot the whole incident why couldn’t they go there are pull him off of her? Their interference might’ve saved her life. I mean, that whole video is filled with her screams and all they did was stand around and watch a man beat his wife to death. If that’s not utterly messed up, I don’t know what is.

A group of villagers told a publication, “He is an alcoholic, and he started beating her on Tuesday evening. She was asking for help but Dharamraj’s parents did not do anything. In the morning we heard that she passed away.”

The Raebareli police have arrested Dharamraj and charged him with murder. They have also sent Sangeeta’s body for post mortem.

Also Read: This Man From Gujarat Brutally Thrashed His Wife After She Beat Him At Online Ludo. So Much Violence For A Game?

The police said, “We received the news of a woman’s murder in Korihar village. When we went and investigated, we learnt that there is a video from the previous evening of her husband beating her. We have taken note of that. Her body has been sent for post-mortem and the husband has been arrested.”

Everything about this case is just so hard-hitting that it makes my heart sink. Just thinking about that kid gives me goosebumps and brings tears to my eyes. The worst part is no one lifted a finger to help her but instead chose to make a video.

There is no doubt that our society is plagued with a lot of social problems, domestic violence being one of the most prevalent ones. But this case, in particular, was extremely gruesome.

Woman Beaten Up By Her Husband When She Refused To Have Sex With Him. Lockdown or No Lockdown, This Has To Stop.