A Bathinda Cop Allegedly Raped A Woman And Booked Her Son As Blackmail. He Was Finally Dismissed 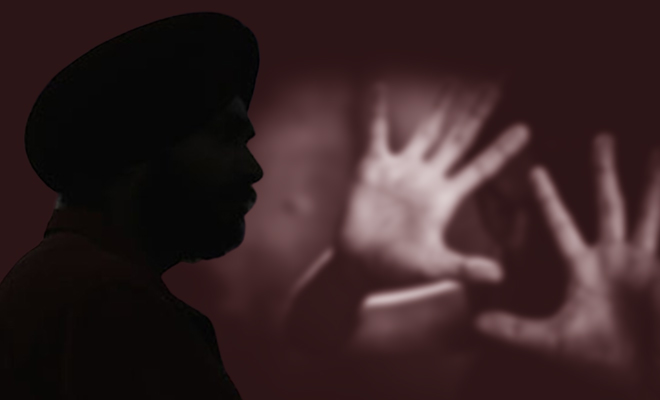 I don’t know what is more worrying, that cases of violence against women are surging more than ever before or that people are least bothered? It’s honestly a crisis just hiding in plain sight. The simple fact of the matter is that our country has become so toxic for women that we aren’t even safe from the people whose job it is to protect us, the police. In the past, there have been numerous cases where a cop has abused his power and authority to prey on a woman. And that’s exactly what has happened in this recent incident in Bathinda, Punjab where a police officer was accused of raping a woman. Tell me, please, are women completely safe anywhere?

On Wednesday, reports confirmed that a sub-inspector in the Bathinda district was dismissed from duty after allegations against him for sexually assaulting a woman. A video of him allegedly raping her has gone viral. The cop, Gurwinder Singh, who was with Bathinda Police’s Crime Investigation Agency-1 was charged with raping a widow after threatening to incriminate her son in a false drug case. It’s no wonder our country has no sense of women’s safety. What can you expect when men like Gurwinder Singh are entrusted to uphold the law?

Also Read: A Self-Styled Godman From Jaipur Has Been Accused Of Rape By Four Of His Women Devotees

The woman, who was allegedly sexually exploited by the cop, claimed that Gurwinder had booked her 20-year-old son in a case and was holding those charges as blackmail. She said that when he forced himself on her on Tuesday, she told her relatives everything who brought other villagers to her house where Gurwinder was allegedly raping her. He was then handed over to the police and the woman was taken for a medical examination.

It’s not enough that this cop was dismissed from duty. He needs to be put behind bars and punished for his atrocious crime. This goes beyond police brutality. Immediate action needs to be taken against Gurwinder Singh because a lot of cops believe that their authority and power make them invincible and hence they can terrorize whoever they want.

In Agra, A Group Of Men Gang Raped A Woman While She Was Catering A Wedding