5 Thoughts I Had While Watching Jubin Nautiyal’s Meri Aashiqui. He Has A Great Voice But Why Is The Video So Random? 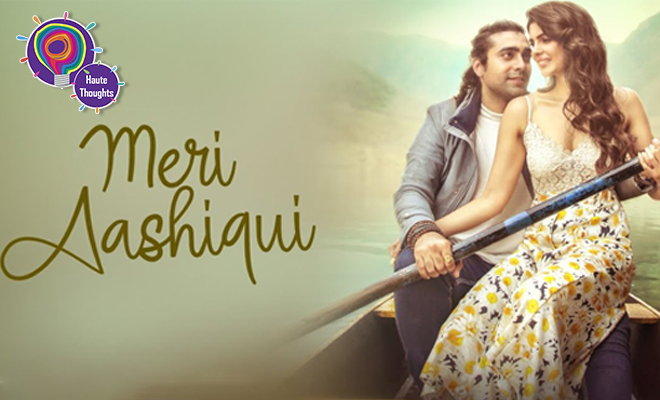 Are you missing your ex during this lockdown? It’s okay, most people are. Trying to win back an ex is like fighting the same war twice, why would you want to do that? Though most of us, at some point or another, have daydreamed about what’s it would be like to win them back, only because we wanted the satisfaction of dumping them or something. Be honest. And especially when we see them happy with someone else.

Jubin Nautiyal’s latest song Meri Aashiqui is about literally that. It features himself, Ihana Dhillon and Altamash Faraz.  Though the video is a little off-putting considering it has some pointless elements. But hey, at least that means we get to have some with it and god knows we could use a little fun right now.

Here are 5 thoughts I had while watching Meri Aashiqui.

PS: Watch the video before reading on if you want to optimize the entertainment.

1. I don’t remember the last time I saw a music video that was so random. Oh wait, it was that last Salman Khan video where he and Jacqueline are swimming in that nala. Anyway, what is up with this Meri Aashiqui video? Not only is the storyline done to death, but the entire video makes zero sense. You know for a second I was wondering how Ihana Dhillon just ran off with her ex, leaving her husband at a chai stall. That’s the kind of drama that is too much for even Indian TV serials and those guys turn women into flies. But when they started dancing under that waterfall, I knew it had to be a dream or something. Talk about being overdramatic. Also, did someone order a fondue? Because that song was cheesy AF. Don’t judge my sense of humour, please.

Also Read: 5 Thoughts I Had While Watching Salman Khan’s Latest Song Tere Bina. Mostly Ki, Was This Made To Torture Us?

2. I actually have a few questions about this video. Starting with what are those gorgeous locations? I think that waterfall, the cave and the lake were the only reason I could sit through that mushy song. But more importantly, I wanted to ask if anyone understood why Raavan and Sita were hopping around in the background so randomly? What was the point? The video isn’t about good over evil and Ihana wasn’t being kidnapped in the video if that’s what they were trying to symbolize. It just looked they needed to fill some space in the background so they hired a Ram Leela troupe to do their thing behind. I hope they got paid well.

3. When I watching the rain flashback sequence, the first thought that came into my head was- this is how horror movies start. The setting, the rain, the way she said, “Baarish khatam home se pehele waapas aa ajungi“, everything reminded me of an origin story of a ghost in a bad Bollywood horror movie. You know, he would be waiting by the house for years and years and she wouldn’t come back. And then her great-grandson would return and this ghost would haunt him. Wait, that’s a great horror movie. Though that angle would’ve been way more interesting than the route they chose to go with.

Also Read: 5 Thoughts I Had While Watching The Video Of Honey Singh’s Latest Song Moscow Suka. All Of Them Are About How Cringy The Video Is

4. Did anyone else find their expressions were extremely weird? There are parts where I can swear Ihana is employing Joey’s “smell the fart acting” technique. She has literally two expressions throughout the video- completely lost or blushing and smiling like a schoo girl who is talking to her crush. And don’t even get me started on Jubin’s expressions. In some sequences, he looks like he trying to break wind without making noise (excuse my toilet humour). That being said, I do think he a great singer with a beautiful voice.

5. The song reminds me of every single sad love song Bollywood has ever churned out and there are way too many of those. But if you listen to this song on loop as I have (I have an amazing job), it kind of grows on you. Actually, minus the video, this song isn’t all that bad. Though I wouldn’t recommend you sing it to your ex to win them back, not even in a dream.