5 Men Got Together To Develop An Algorithm To Validate A Female Orgasm. Because Apparently We Don’t Know If We’ve Had One 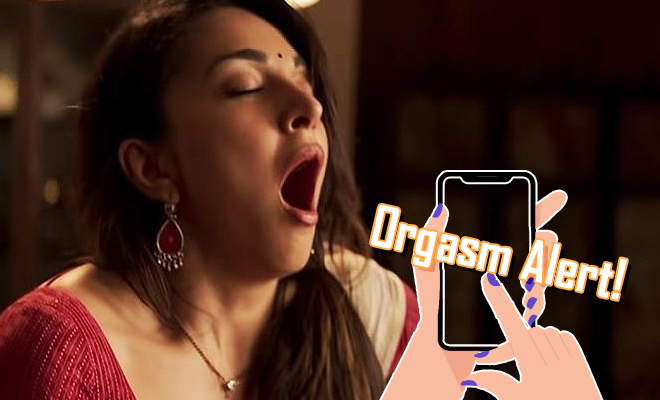 Imagine this : You meet your lover after having stayed apart for months during the lockdown, finally catching up and making up for all that lost time, with fervent kisses and impatient love making. The mood, the music, the rhythm all is set as you and your partner swiftly move towards that ecstatic climax. And because you’ve not had sex for the longest time, it’s probably going to be easier for you to come. But hey, all of us have been in a situation when the guy and his moves weren’t doing it for you and it was all starting to get very boring, so you threw your eyes back, moaned enthusiastically and faked an orgasm.  Except, there seems a company that wants to take away this ‘turning to fake orgasms’ thing. Relida Limited is coming up with some controversial sex tech, which is most likely to end up destroying quite a few relationships.

You see, as a group of 5 men come together (no pun intended) to develop an algorithm that can “validate an authentic female orgasm”, and we honestly feel like all men should get together for better reasons. Honestly, getting better in bed would’ve been way easier than developing a whole technology to spot an orgasm. We do not need men using technology to find out if we have orgasmed.

Based on the technology of taking into account the woman’s heartbeat while she is claiming to be orgasming, the tech was made with the intention of being able to create better sex toys for pleasuring women. And even though the theory works around how the heartbeat and the change in it will depict just how true the orgasm would be, it might be overlapping feelings of stress, anxiety and fears that too lead in sudden changes in one’s heartbeat.

Received a pitch presentation from a "female well being sex tech start-up" (five dudes) that can "confirm" and "validate" female orgasms, that could help my company develop better sex toys. Here are some slides, for your enjoyment/anger. pic.twitter.com/wwbk9NUDB3

The designers also spoke about how, “so far there is no evidence and proof of female orgasm” and that, “there is no reliable way to be sure if a woman has an orgasm,” which is why they thought of breaking all personal boundaries and coming up with a lie detector test but one that can be used in bed. Whatever happened to honest conversation? In fact, Stu Nugent, a brand manager for the pleasure brand Lelo who was pitched this algorithm was the one to put it up and say, “I have never received anything as egregious as this.”

Meanwhile, calling the company out on their saviour complex, where they feel they need to rescue us from fake orgasms, Ti Chang, co-founder of sex tech company Crave questioned their premise itself. She said, “The premise of their startup is to determine if a woman has actually had an orgasm, because they don’t believe women know their own bodies well enough to determine if they have had an orgasm.” She further continued, “A common downfall of many startups is to create solutions for problems that don’t exist.”

Finally making all of women’s point loud and clear, she concluded by saying, “Women don’t need this kind of male saviorism, we’re orgasming just fine without you. Lastly, only boys would reduce a woman’s pleasure to an orgasm.” And we, as well as twitter was in complete agreement. Guess the only one getting a validation out of this would be men, getting a good pat on the back for “really” delivering. Thanks, but no thanks.

Also Read : 5 Sex Positions That Involve Sitting On His Lap For Lots Of Love And Lots Of Kink