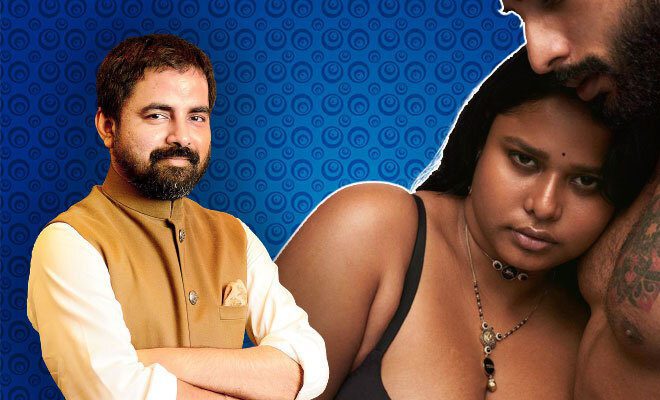 The New Sabyasachi Mangalsutra Launch Campaign Has Offended People. Not The Right Reasons, Ya!

Weddings in India are a big deal, aren’t they? The institution of marriage has a lot of importance in our culture. Which of us hasn’t been hounded by nosy uncles and aunties to get married and settle down? Moreover, all the customs that surround marriages, especially for women, the dresses, the jewellery, the mangalsutra are considered a big deal. While many might not take wearing a mangalsutra seriously these days (because hello marriage markers are a gift of patriarchy), it still holds a lot of cultural significance in India. With shaadi season arriving, many brands are campaigning to align with it. Joining the trend, Sabyasachi launched The Royal Bengal Mangalsutra collection which is a blend of traditional and modern design.

Also Read: Wait, Are Those Belly Rolls We See On A Model In Sabyasachi’s Photoshoot? This Is What Body Positivity Actually Looks Like

As one of the most popular designers for traditional and bridal wear, Sabyasachi Mukherjee is renowned as a dynamic figure in the fashion world who needs no introduction. Recently, Sabyasachi released a Mangalsutra Collection named The Royal Bengal Collection which shows off a spin on the traditional mangalsutra. It is made using 18k gold, onyx and pearls. Starting at a whopping Rs. 1,65,000, it features a black and gold beaded chain. Sabyasachi dropped a few pictures publicizing his collection on Instagram. It was fashioned on a dusky plus-sized woman in a black bra. And the people were NOT happy!

Followers took to Instagram and left nasty comments under the picture talking about how badly the mangalsutra was presented and advertised by Sabyasachi. Apparently, it was unappealing to the masses because of the partial nudity and the intimacy of the couple. Claims were made that they wouldn’t feel compelled to buy the mangalsutra from said pictures, which looked more like a lingerie ad.

Here are some of the comments by the netizens:

I am just curious if a model that abides by the societal norms of beauty would have garnered such a response. Moreover, would people have found it more appealing or interesting? If yes, then we as a society have a lot to evaluate in terms of our double standards for women and their bodies. Furthermore, while I don’t have a problem with skin show, I don’t understand why the models needed to be dressed like that to promote a mangalsutra! It really does look like an innerwear ad, and that thought is such an obvious one when you look at the images, that you wonder if all this was merely to raise eyebrows and incite such conversation.

Finally, I think the outrage is for all the wrong reasons. Maybe we need to call out the patriarchy underlying marriage markers for women instead of making ridiculously expensive designer upgrades to it, in the name of the modern Indian bride.