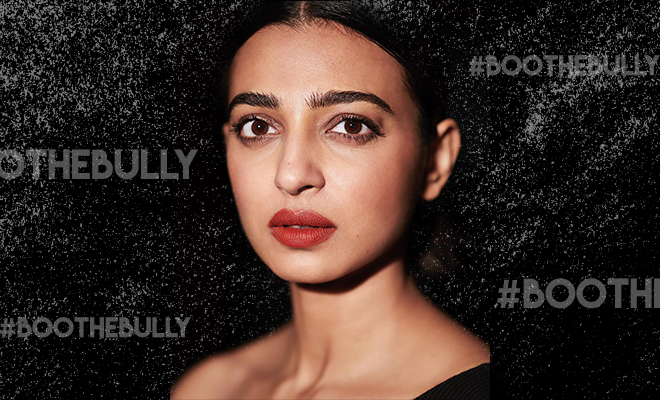 I was born with a beautiful dusky complexion and have mostly loved it. And by mostly I mean, barring the times when I was  young and often became the butt of many kaali kaluti jokes that were anything but funny to a 10-year-old girl. So naturally, when I stumbled across Kunal Kapoor’s recent movie – Noblemen, and the #BooTheBully challenge- that he started as a way to create awareness of the scary concept of bullying, I was on board.

The movie that also stars actors like Ali Haji and debutante Vandana Kataria, revolves around the social evil that is bullying and is loosely based on the famous Shakespearean drama – The Merchant Of Venice. The play that originally treads dangerously on the blurring lines of conflict and bullying has been used to depict a scenario of school kids indulging in the very same habit.

And besides bringing to light this very persistent and prevalent issue that gnaws at society, especially the young and impressionable, it opened a very important and real dialogue among people and actors with its #BooTheBully challenge, where people have come forward with the kind of bullying they faced when they were young.

From TV actors like Karan Tacker to actresses like Radhika Apte, several have been seen reminiscing and talking about the kind of prejudice and social barbs they were subjected to. Be it your weight, height, complexion, religion, or even the colour of your hair, anything and everything is a reason to mock you, shame you and subject you to a sort of social exile. And it is because we fail to keep such things in check or even realise that the bullying has trickled down to and percolated to every aspect and existence of a social group that it has became this acceptable.

There will always be a certain social or physical imbalance between two people. But the society needs to be made aware that the emotional, physical and mental trauma that comes from what one may cast aside as only a joke. What you may say in the spur of the moment, as a harmless comment, might be the reason for a person’s sleepless nights and under-confidence, only to further further spiral down into some serious insecurities growing up.

Bullying is not cool, guys and must not be promoted, tolerated or even justified. And these actors, among many others agree, as do we.