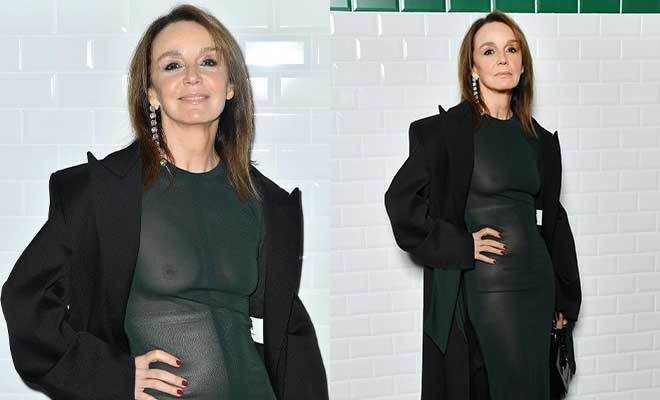 Fashion has always mirrored and projected the real world. A medium between wars of thoughts, and at times even a conversation starter, the world of style has never been only about the glitz and glam. It reflects the mindsets of the world we live in. Back in the year 1969, with the rise of the women’s liberation movement followed by bra-burning sessions in the streets, the year marked a significant time in history that pushed women to oppose traditional views of feminity. And as a symbol of freedom from the unbothered societal fence, influential female personalities from the era, rejected the bra to voice their ideologies and showcase support to other women. Revisiting the timeline with a different face, a similar ideology was propagated, with the campaign Free The Nipple. Followed by a censorship debate regarding filmmaker Pedro Almodovar’s film Madres Paralelas’s poster on Instagram. The campaign as it stands today, has found its feet in the web world, post many years of struggle. And ever since, the world of fashion has witnessed many global figures, who time and again have advocated their thoughts. While sadly, the world today is nothing different, going braless maybe gets fewer furious eyes but it still does. A fashion moment for many, that defines being ultra-glam, women ditching lingerie as an act of liberation is much more than the glimmer.

ALSO READ: ‘Emily In Paris’ Season 2 Review: More Escapism And Ringarde Fashion. But The Same Old Emily. Is This On Purpose?

Flagged off by female celebrities, then be it, Kate Moss in the 1990s or Rihanna in the 2000s. And the most recent famous figure to join the list is Emily In Paris fame, French star, Philippine Leroy-Beaulieu. Banishing boundaries, that let age, gender and size define your style and weave your thoughts, the French actress made an impressive appearance at the Paris Fashion Week, last week and I must say that it is much more than just a sartorial pick. Showcasing a trait of the iconic marketing executive Sylvie Grateau, that she plays in the show, the 58-year-old actress attended the Ami Fall 2022 show wearing a sheer emerald midi dress. Styling the asymmetrical number, with a long black coat, diamond chandelier earrings and a black bag, what caught the internet’s attention was the bra-less appearance. Winning applause and praises from many, Philippine’s choice also made me think if anyone from India would ever be able to pull off something like that. I mean, taking into consideration, the irrelevant debacle on Malaika Arora choosing not to wear a bra for a walk in the city. Or even with shameless comments that always find their way, when Neena Gupta chooses to present her fashion sensibilities through a plethora of silhouettes. Schooling women to measure their slits and wear their size, the mindsets still remain the same. Something we definitely hope to alter and discard in the years to come.