‘The Lord of the Rings: The Rings of Power’ Final Trailer: Galadriel Rallying Against Evil Is Pure Fire, But That Music Choice…. 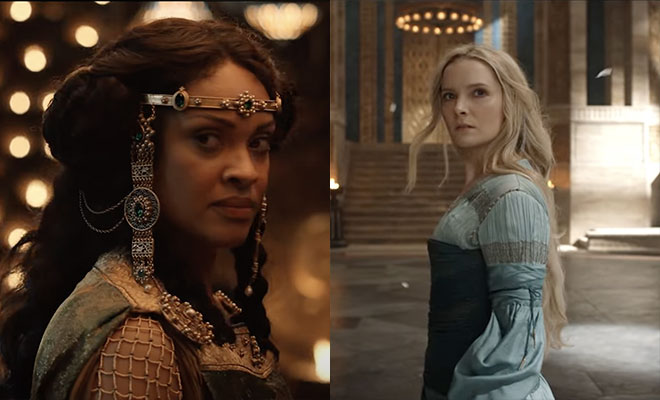 As a fangirl constantly in awe of the original Peter Jackson The Lord Of The Rings trilogy and Tolkien’s writing, my excitement is on steroids for the new The Rings Of Power series from Prime Video. It delves into the hitherto unexplored stories of the Second Age of Tolkien’s Middle-earth, which hasn’t exactly been fleshed out, but only talked about in appendices of The Lord Of The Rings books, in the fourth part called Akallabêth of The Silmarillion, and in some stories in The Unfinished Tales, amongst other writing. And from what we’ve seen in the trailers so far, the show looks spectacular. But will it live up to the hype is the question that all the fantasy fans and Tolkien stans are pondering. And now, we have the final trailer before the two-episode series premiere on September 2, which gives as some extended glimpses of Galadriel (Morfydd Clark), Elrond (Robert Aramayo), Durin (Owain Arthur), Disa (Sophia Nomvete), Míriel (Cynthia Addai-Robinson), Halbrand (Charlie Vickers), Elendil (Lloyd Owen) and his family, the Harfoots and The Stranger, Arondir (Ismael Cruz Córdova), and the orcs, amongst others.

The new trailer begins with Galadriel, who from the white ‘leaves falling’ around her which could easily be the leaves of the White Tree Nimloth, looks like she is in Númenor. The voiceover has her talking about how she is taking over the mission to find evil and rid Middle-earth of it from her brother, Finrod Felagund of the House Of Finarfin. We see more of Finrod, especially the wounds on his body, including that conspicuous mark that has been popping up in the other trailers too.

The trailer then goes on to continue the voiceover, where Galadriel calls someone (most probably Halbrand?) to stand with her in her mission against the dark power, with intercepts of the other characters like Elendil, Isildur, Durin, Elrond, and even The Stranger. But there’s more. We also hear Queen Míriel of Númenor make a similar appeal to her people, which is followed by a shot of Pharazôn addressing people as well. Then there’s Disa talking to Durin in Khazad-dûm. And the theme is kind of evident: the female characters are rallying the races of Elves, Men, and Dwarves to stand against the evil that is creeping again into Middle-earth. With sweeping shots of Númenor and its ships, as well as several realms of Middle-earth, and some suspicious priests clad in white, the trailer looks rather incredible! 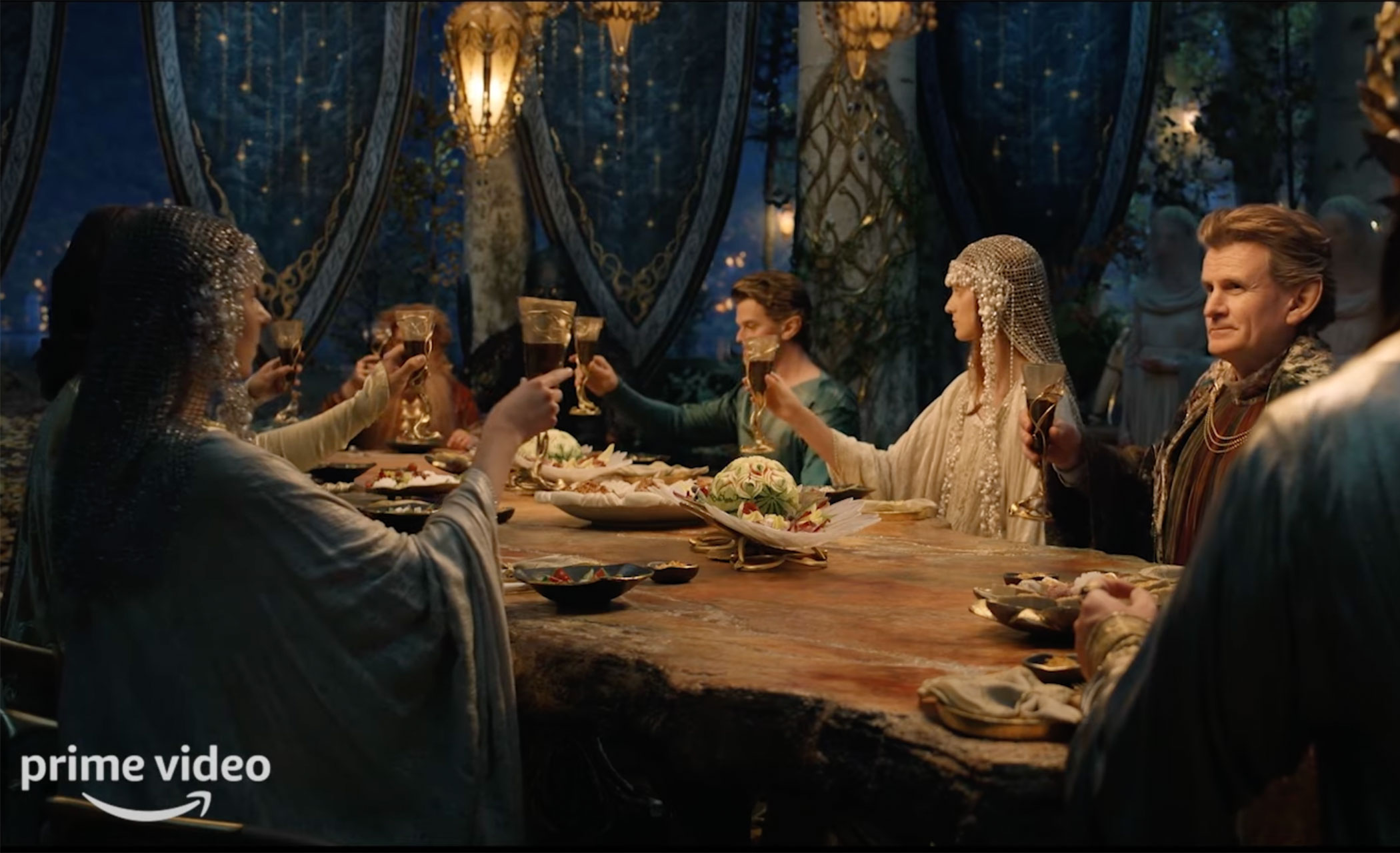 I am absolutely in awe of young Galadriel of the Golden House and her warrior avatar here, clad in that gorgeous armour, and most curious about her relationship with the character of Halbrand. We see her once again scaling the treacherous terrain of what is strongly believed to be Forodwaith, or the Northern Waste, which lies close to Utumno, the original HQ of the first Dark Lord, Morgoth, possibly in search of Sauron. It’s a quest that has all but consumed her because even when Elrond asks her to put down her sword and rest, she questions her existence without this purpose. Book fans will know how it has been alluded that Galadriel decided to not depart Middle-earth until its Sauron problem had been resolved, because she felt responsible, as a Fëanor descendent, for what had befallen the land. 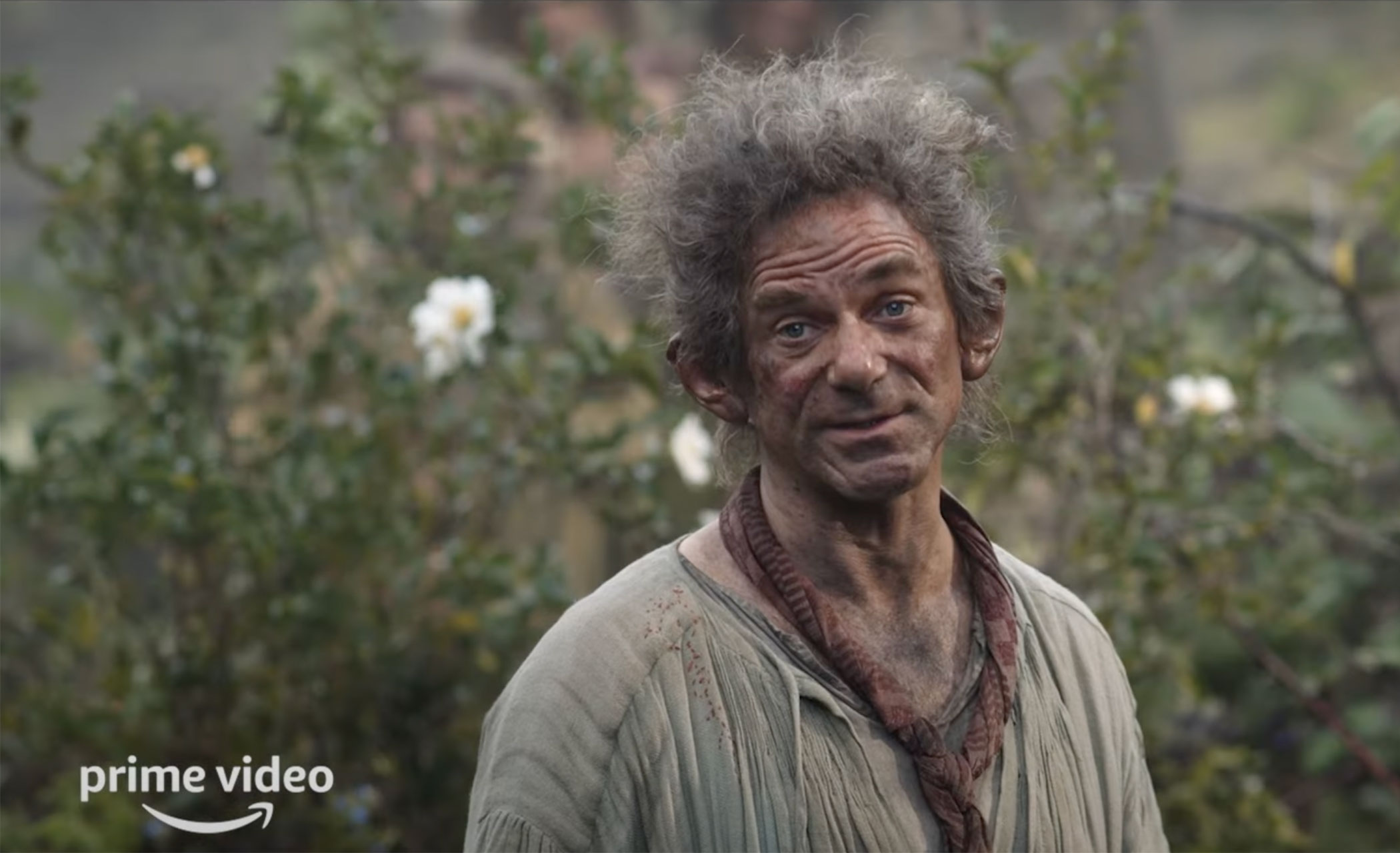 Also Read: The Lord of the Rings: The Rings of Power Dialect Coach About Building On Tolkien’s Works For A Rich Auditory Experience

The trailer also gives us some Harfoot dialogue, other than a few more scenes with The Stranger, which has fans speculating more than ever that this could be one of the Istari (wizards). I am rather curious about the story of the elf Arondir and the Southlander Bronwyn, because both are non-canonical characters set in a pre-Sauron Mordor. My ship, this season though, is Durin and Disa, because from what we’ve seen so far, they make a cute couple with lots of… erm… trouble in their future! Durin’s friendship with baby Elrond (What? He is young by Elven standards here!) and how the great Noldorian High King Gil-galad is going to feel about what’s happening with the dwarves is another arc I am keen to see.

The new Rings Of Power trailer seems to tease fans lots more, but I have to admit, that song choice is a tad questionable.

The Lord Of The Rings: The Rings Of Power will premiere with two episodes on September 2, 2022, on Prime Video, with new episodes weekly.