Oscars 2023: ‘Naatu Naatu’ From ‘RRR’ Nominated For Best Original Song. Will We See It On Stage? 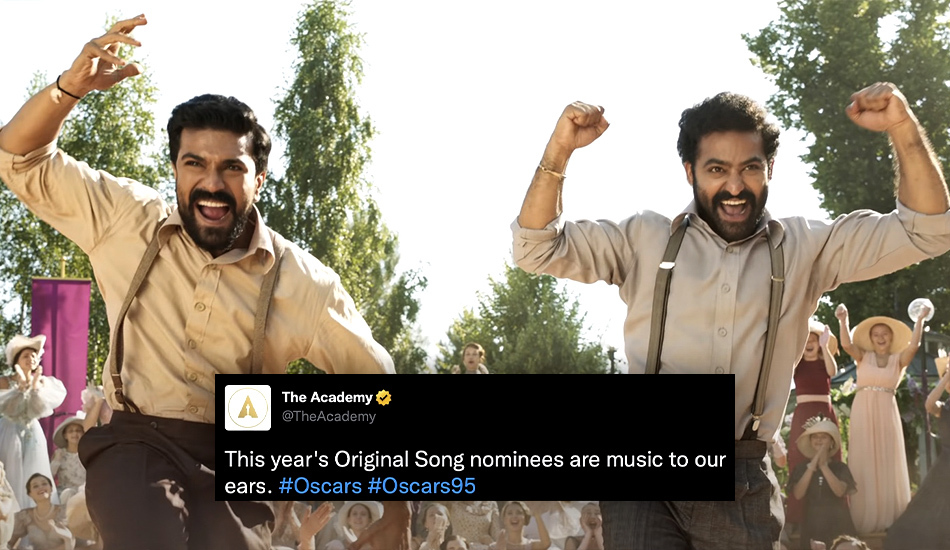 Moviegoers from all across the world were waiting in anticipation to see which movies, actors, actresses and directors make it to the Oscars 2023 nominations! Among those keeping their fingers crossed were also the Indian audiences who were hoping and praying that SS Rajamouli’s magus opus, RRR, also finds its name in this year’s nominations. And well, prayers were heard, it seems, as the film has bagged the nomination for ‘Naatu Naatu’ in the Original Song category! Yes, RRR has been nominated for the Oscars 2023 AKA the 95th Academy Awards! Hoot Hoot! 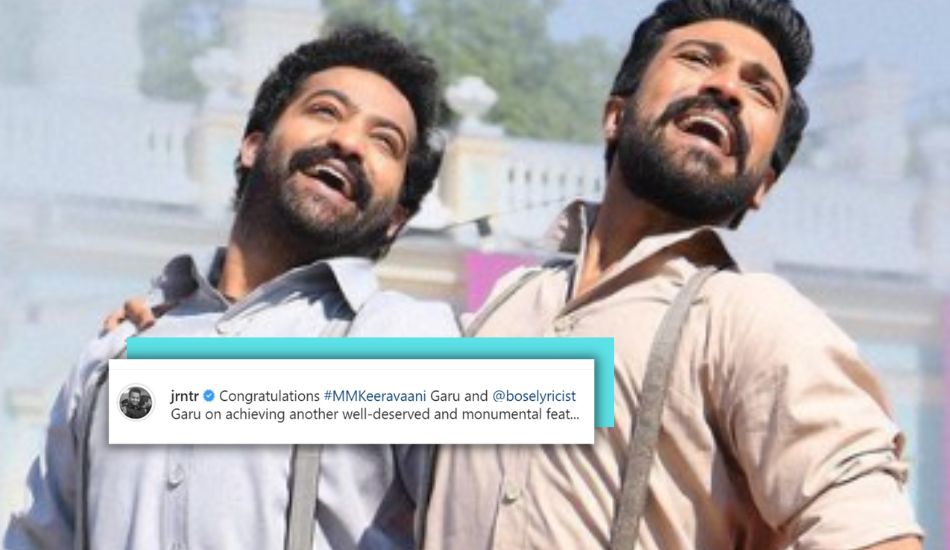 The live presentation of the Oscars 2023 nominations was done at Beverly Hills. Allison Williams and Riz Ahmed were the hosts for the evening who made the announcement of the projects who made the cut! RRR’s song has been nominated in the Original Song category alongside movies like Tell It Like A Woman, Top Gun: Maverick, Wakanda Forever and Everything Everywhere All At Once. ‘Naatu Naatu’ is the first song from India to be nominated for an Oscar.

The official Twitter handle of the Academy Awards shared the nominees for the Original Song by tweeting, “This year’s Original Song nominees are music to our ears.”

This year's Original Song nominees are music to our ears. #Oscars #Oscars95 pic.twitter.com/peKQmFD9Uh

The official Twitter handle of RRR also shared their excitement on bagging their first-ever nomination Oscars! The account wrotw that they have created history and are proud to have been nominated for the 95th Academy Awards.

Proud and privileged to share that #NaatuNaatu has been nominated for Best Original Song at the 95th Academy Awards. #Oscars #RRRMovie pic.twitter.com/qzWBiotjSe

During the Oscars ceremony, the Best Original Song nominees are performed live during the ceremony. And hopefully, we will get to see this happen for ‘Naatu Naatu’ as well! Indian documentaries All That Breathes and The Elephant Whisperers have also been nominated for Oscars this year.

‘Naatu Naatu’ scripted history by becoming the first Indian song ever to win the Golden Globe in the Original Song category as well. Now that the film has come so close to winning, the excitement is at an all-time high to see if we bring home the coveted Oscars or not!