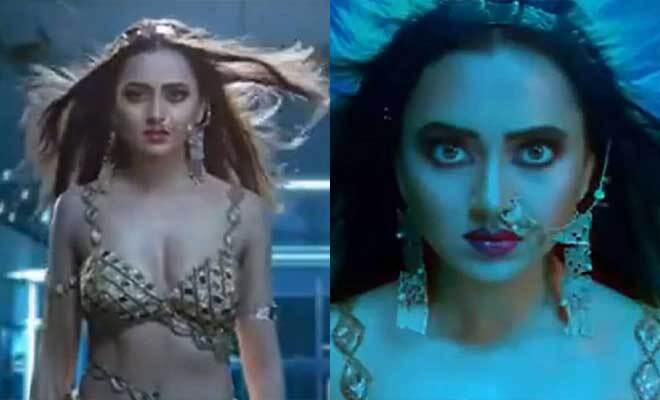 Ekta Kapoor stirred social media when she announced the 6th season of Naagin. Now, whether you are a fan of the show or not, you have to admit, the Naagin series is quite popular among us Indians. And after the announcement of Tejasswi Prakash playing a role in the show, the craze has doubled (if that’s even possible). While the actress has already started shooting for the show, she even took to her social media to release a promo of the show that shows her as the ‘sarvasheshta naagin’.

Tejasswi Prakash took to her Instagram to release the latest promo of the show. In the promo, the winner of BB15 is shown to play the role of ‘sarvesheshta naagin’ in the 6th season of Naagin.

In the promo, you can see Tejasswi Prakash walking around in a laboratory wearing golden attire. It also shows chemicals around that indicate that she as a Naagin will save the world from the neighbouring country’s evil plot.

The narrative of the 6th season of Naagin says, “Aa rahi hai wo, ek aisi saazish se bachaane jo puri duniya me mahamari fela degi. Badal rahi hai wo, badal chuki hai naagin (She is coming to save the world from an evil plan which will lead to a pandemic. She is changing, she has changed).” The reports also suggest another BB15 contestant – Simba Nagpal – will play the male lead.

Having heard the plot, I can’t wait for it to unfold. If you’re a Naagin fan or just curious to know how the plot goes, then tune into Colors Tv or Voot to watch the show that releases on February 12th at 8pm. I know that my teammate Preeti is going to binge-watch it and we’re gonna get all the gup from her, so we’re going to keep a track of it.