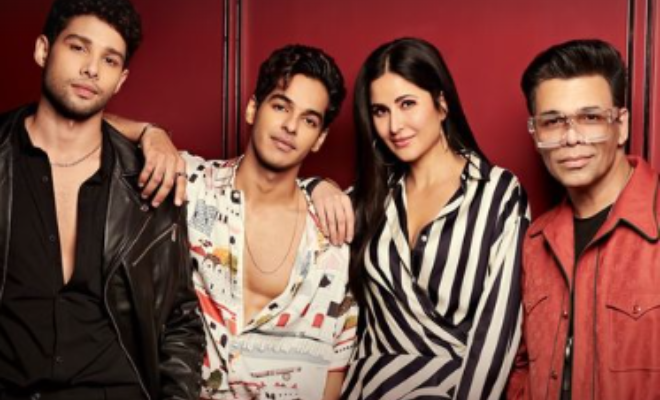 Well well well, Monday is here and so is the trailer of the upcoming Koffee With Karan episode! Bringing us our weekly dose of the gossip from Bollywood, this time’s episode will be graced by Katrina Kaif, Siddhant Chaturvedi and Ishaan Khatter. The trio who will also be seen in the upcoming horror comedy titled Phone Bhoot were seen spilling some fun goss about their lives and giving their 200 per cent in the rapid-fire and game rounds! Even though the episode is purely promotional in view of their unreleased film, the trailer definitely looks fun and interesting and we’re hoping the episode will be too! 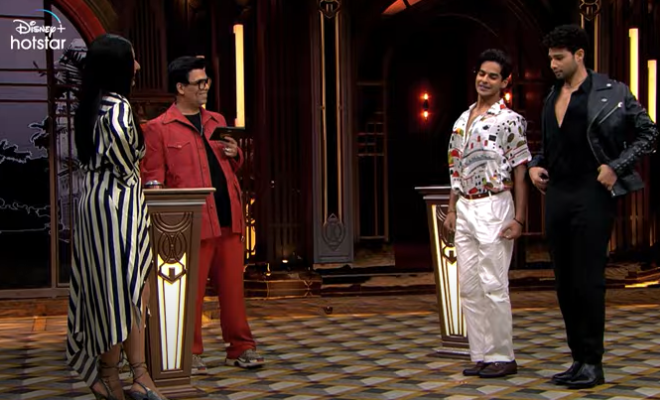 The trailer begins with Katrina, Siddhant and Ishaan struggling to find comfortable seating on the couch. They are seen changing their places constantly until they find the perfect spot for themselves and Karan asks them if they are finally set. The host Karan Johar also says to Katrina Kaif that Alia Bhatt revealed there was no suhaagraat for her because she was too tired. To this, Kat responded by saying that there can be a ‘suhaag-din‘!

Further ahead, KJo also asks Siddhant if he is single and he replies by he’s so single that Ishaan Khatter has also become single by handing out with him. Poor guys! Then comes Ishaan’s turn to whom Karan asks who is the sexiest bachelor in town and Khatter, unabashedly says Karan’s name. Katrina also went on to reveal that she goes to Ranveer Singh’s page for thirst traps. 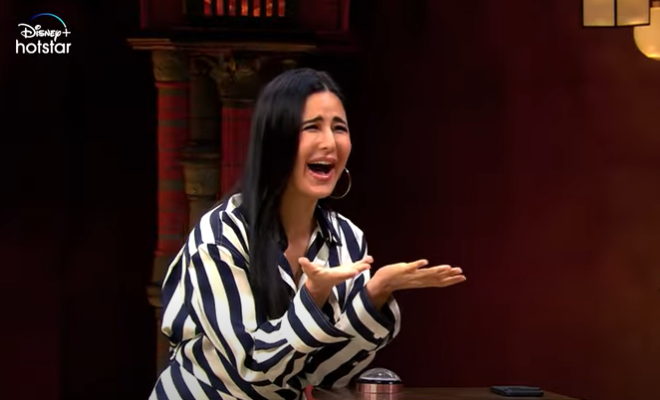 Ishaan was on fire during the game zone round. He was firing away answers with such enthusiasm and energy and I am sure, he is only the one so far to be so excited! When asked to name a couple of things that are yellow in colour, Ishaan went on to say ‘peshaab‘. C’mon, Ishaan! Pesshab? Seriously?

Also read: Kriti Sanon Lied On The Koffee Couch As Her Parents Were Watching. Why Are Adult, Independent Women Still Scared Of Their Parents?

The new Koffee With Karan episode will drop on Thursday at midnight.

‘Koffee With Karan’ S7: 10 Juicy Revelations Made By Kriti Sanon, Tiger Shroff On The Koffee Couch. We’re Here For It!