Jonas Brothers Family Roast: 5 Hot Burns By The Fabulous Jonas Wives As They Roasted Their Husbands! 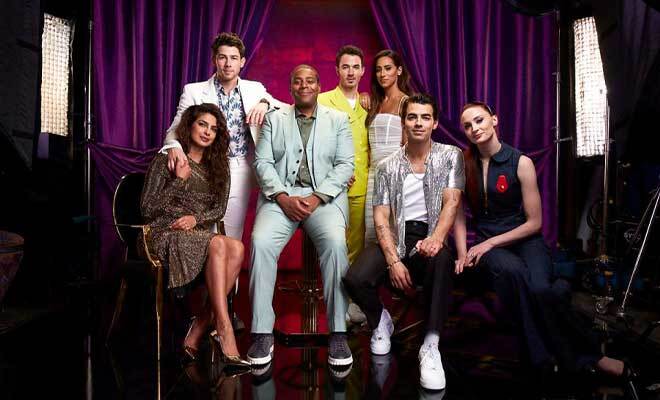 Netflix has finally served us a good roast with the Jonas Brothers Family Roast and we’re loving it to bits. Opening up the stage for celebrity guests like John Legend, Lilly Singh, and Pete Davidson (mouthing some great punchlines), the 1 hour, 8 minutes long Netflix special is a treat for fans, as they watch their favourite brother band being grilled for the first time. Apart from some super-hot comebacks and funny lines, the show hosted by Kenan Thompson brings the Jonas wives Danielle Jonas, Sophie Turner and Priyanka Chopra to the spotlight, to take a dig at their better halves, Kevin Jonas, Joe Jonas and Nick Jonas.

While every part of this well-segmented show managed to tickle my funny bone, the Jonas biwis for me shone above all. Revisiting the best moments from the roast, here are 5 of my favourite hot burns by the J sisters:

Priyanka Chopra announcing herself as the most famous Jonas:

To all the speculations racing to find an answer to the missing Jonas from Priyanka Chopra’s Instagram, we might have something in here. Taking a dig at the J brothers and their popularity, Priyanka Chopra announced herself as the “most famous Jonas” as she said, “Because all of them combined still have less followers than me. So, I guess the most popular Jonas is @PriyankaChopra on Instagram.”  The Queen has said it guys!!

Desi girl taking a dig at Nick Jonas on the age gap:

From making a fake pregnancy announcement on the show to trolling Nick Jonas for being self-obsessed, Priyanka Chopra, who looked effing hot, BTW, set the stage on fire with mention of the 10-year-long age gap between her and Nick, as she said, “We teach each other so many things every day. Like he showed me how to use TikTok, and I showed him what a successful acting career looks like.” Bang on girl!!

Talking about the purity ring worn by the brothers, the Game Of Thrones’ star mentioned, “To be honest, Joe and the purity ring things is kind of like a modern-day Cinderella. Joe tried to find a match for his purity rings a few times, but finally, the finger fit me. It was also like Cinderella because most of the girls he tried it with were under contract to Disney.” Oops, that must’ve hurt Joe!!

After temporarily losing her voice, Danielle Jonas opened the segment with a set of poster boards to roast her better half. The first J sister mocked husband Kevin as she mentioned, “I met Kevin on a vacation… I basically ignored him the whole time, which he loved because he said it reminded him of his mom.” She furthermore said, “We have two beautiful daughters… Kevin is truly the best dad and like most people, our daughters don’t even know that he is famous.”

“I must love him because I moved to America to be with him… Interestingly, in America, the sequel to Camp Rock was called Camp Rock 2. Whereas in England, it was just called a load of s—.” She further said, “I said when I started acting that I would never date an actor and after I saw Camp Rock 2, I knew it was safe to date Joe.” She really said it all!!

All and all the Jo brothers and family succeeded in putting together a great show, despite the in-between sketches, that could’ve taken a back seat. Watch out the roast for some inside jokes, potshots pulled out by a star-studded lineup, with Pete Davidson’s surprise appearances that make up for a great laugh.

The Jonas Brothers Shared Their Favorite Bollywood Songs And Only One Of Them Features Priyanka Chopra! 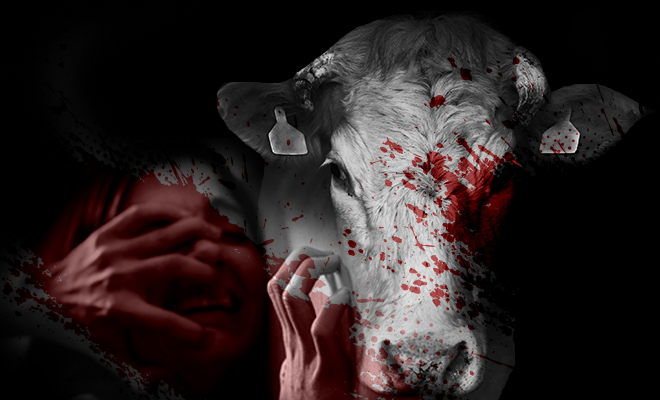 In Kerala, A Man Raped A Cow And Killed It. Now Cows Also Aren't Safer Than Women In Our Country. What Even? 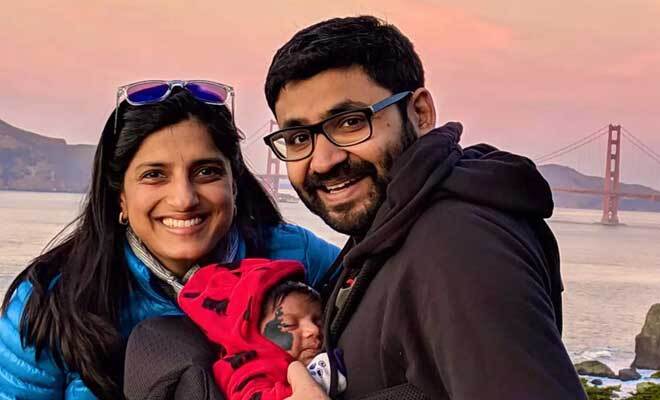 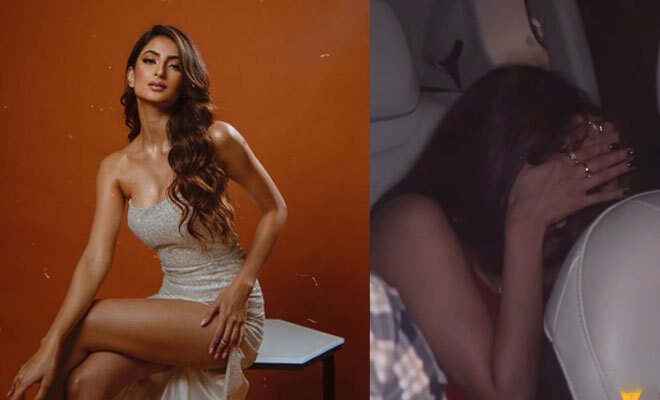 Palak Tiwari Reveals Why She Hid Her Face From Paps When Spotted With Ibrahim Ali Khan, Says Lied To Shweta Tiwari. Maa Ka Khauf Is Real! 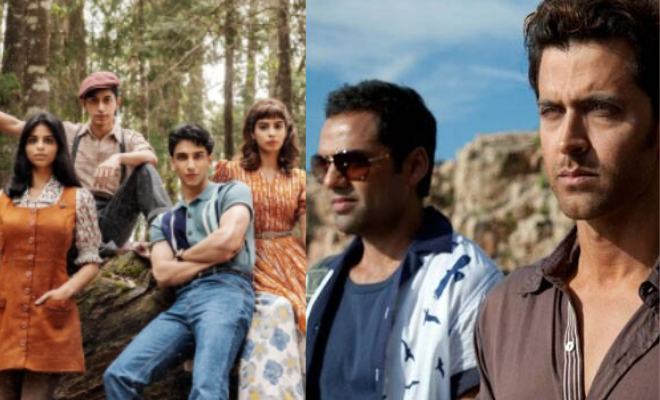 Yes, Zoya Akhtar Makes Films About The Rich. So What? Must All Content Be Relatable? 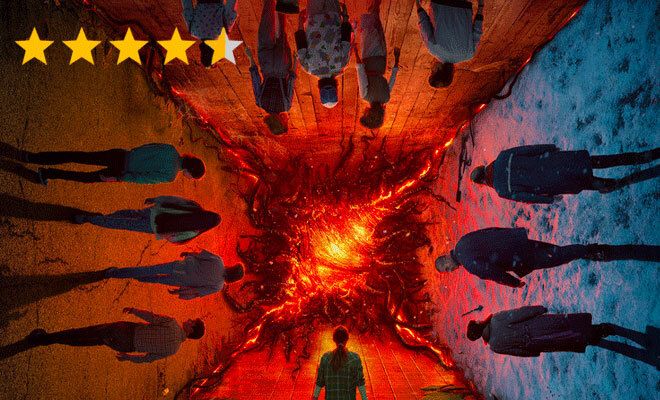 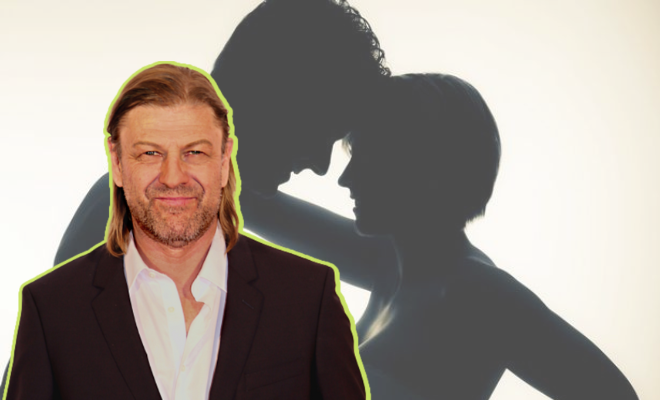 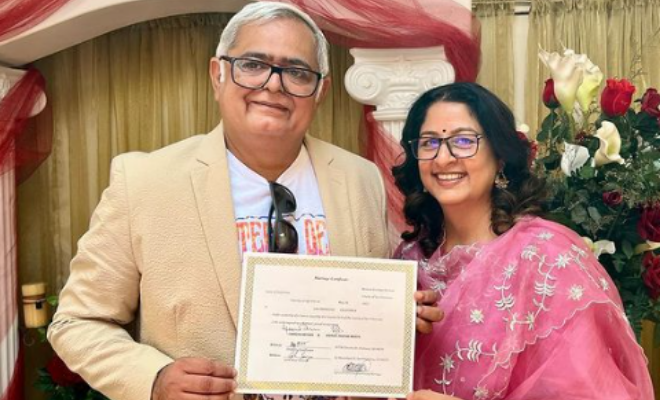 In A Tale Of Modern Love, Hansal Mehta And Partner Safeena Marry After 17 Years Of Togetherness! How Sweet! 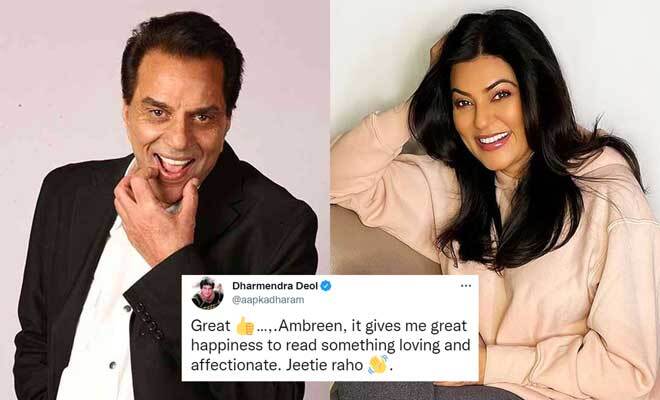 Sushmita Sen And Dharmendra Deol’s Mutual Admiration For Each Other Is So Wholesome! 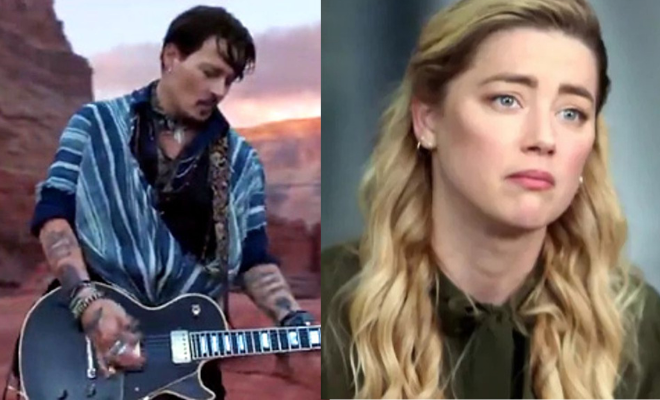 Did Johnny Depp Take A Dig At Amber Heard In A Song On His New Album With Jeff Beck? 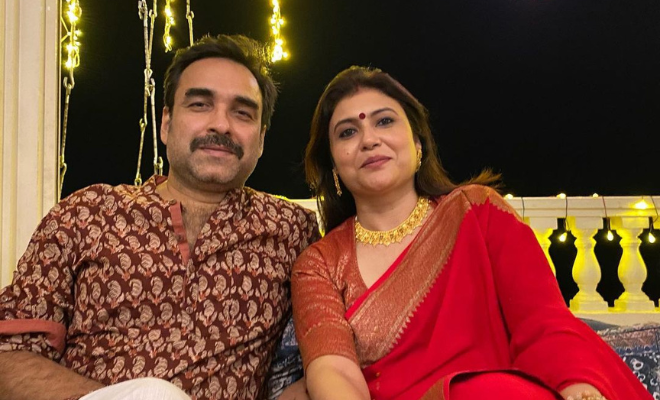 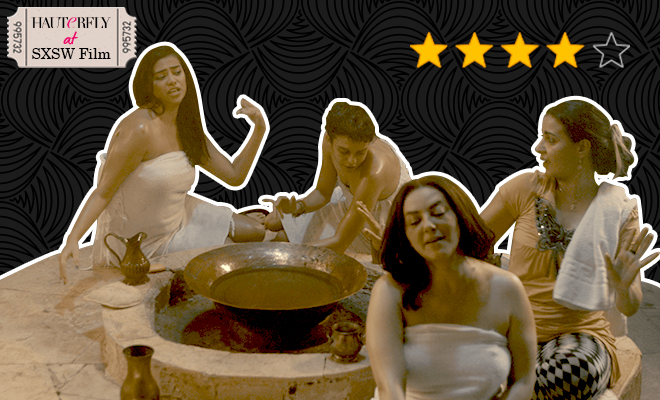 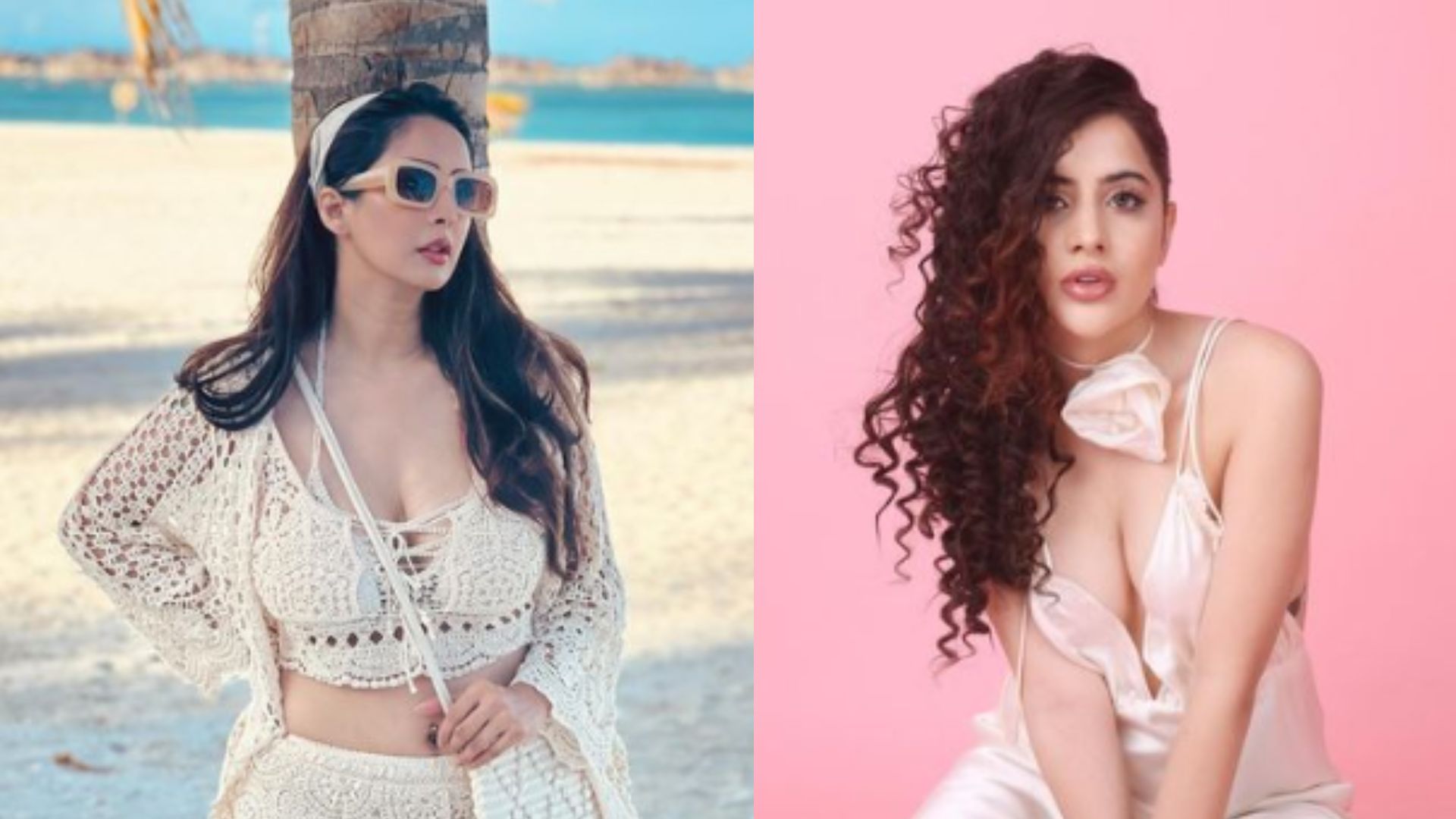 Chahatt Khanna Reveals Why She Shamed Uorfi Javed's Fashion Sense, Says "It Was Tough To Tolerate" 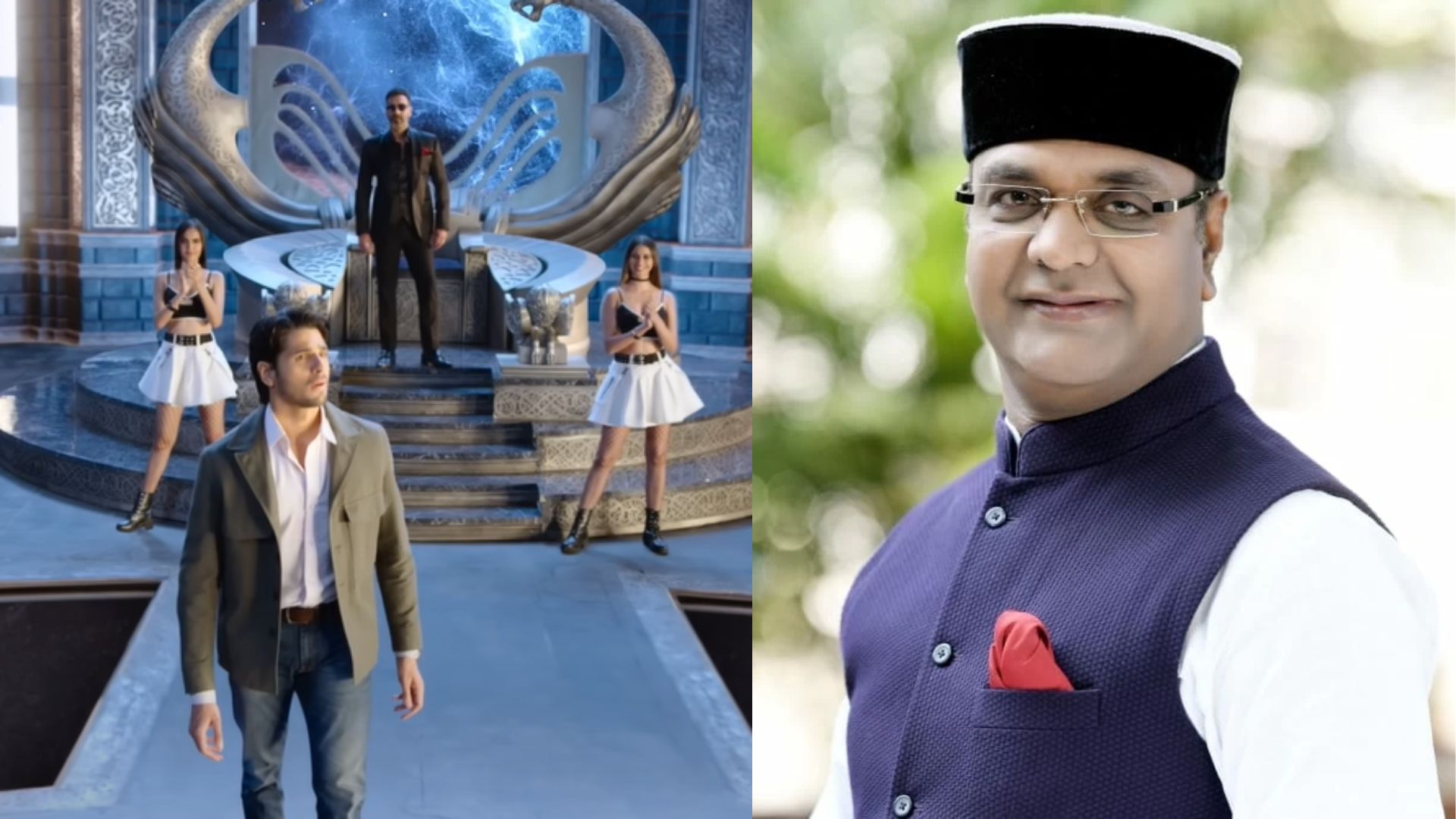 MP Education Minister Wants A Ban On ‘Thank God’ Because Hindu Deity Chitragupt Has Been Shown Amidst Half Naked Women. * Facepalm *