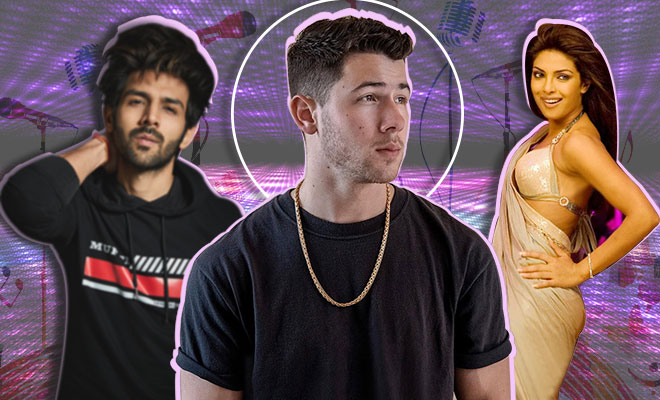 The Jonas Brothers Shared Their Favorite Bollywood Songs And Only One Of Them Features Priyanka Chopra!

I am an unabashed and unapologetic Bollywood fanatic. I’ve grown up watching Madhuri dance to iconic numbers, Amitabh Bachchan slay in his angry young man avatar and Alia Bhatt rise to the mind-blowing actress she has now become. Hell, I can even recite certain movie dialogues and not trying to boast or anything, but I deliver it better than some A-lister actors. But little did I know that India’s favourite jiju, Nick Jonas, too has developed a taste for all things Bollywood. Especially the songs.

In a recent revelation over an interaction with a fan on Instagram, The Jonas Brothers shared two of their most favourite Bollywood songs.  For those who think both would be star PeeCee, you would be wrong. The band unanimously revealed that one is Desi Girl, from Dostana featuring Nick’s own desi girl (but of course!) and the other is Bom Diggy Diggy, from the movie Sonu Ke Titu Ki Sweety.

And TBH, their choices resonate well with ours. Both having been party anthems in their own time, getting people out of the seats and doing the hook steps with Priyanka Chopra and Kartik Aaryan. That this is coming from one of the most regarded and talented group of singers only makes it like a hundred times cooler.

Be it the movies or the Bollywood numbers, music gets around and for good reason of course. Desi Girl was composed by Vishal Shekhar and Bom Diggy was composed by Zack Knight, with lyrics by Knight and Kumaar, performed with Jasmin Walia and currently is running a little over 443 million views! Clearly, with music there are no borders.

Though we did think both songs would include our global superstar, but maybe that’s just us being biased. But hey, are we really to blame when PeeCee has given us too many to count songs to hum and dance to? We think not!