6 Reasons Why Birthday Boy BTS’ Jungkook Is The ‘Oppa’ Of Our Dreams. He’s A Star Boy! 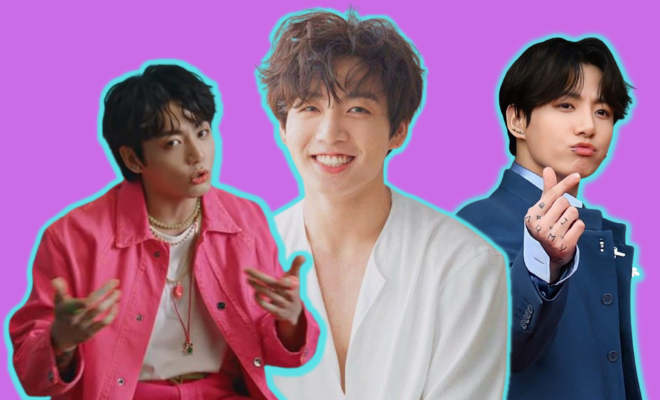 As a massive fan of pop culture, I have noticed that the entertainment industry is filled with talented artists and I am grateful for them because they have made our lives a little bit bearable. However, there are only a few of them who become influential artists and inspire others. And if you know anything about the current generation, then you should know that the K-Pop boy band BTS is one of them, they are the biggest boyband right now with a huge fanbase, also known as BTS ARMY. Well, speaking of BTS, the youngest member of the group, the golden maknae Jungkook turned a year wiser today. He is celebrating his 25th birthday and let me tell you, he is one of the most talented musicians of our generation. So, on the special occasion, we decide to list down all the reasons why we are convinced that he’s our ultimate bias and the ‘oppa’ of our dreams.

There’s no doubt that the main vocalist of BTS – Jeon Jungkook tops the list of K-Pop idols with the best live vocals. He has received praise from fans for his ‘golden voice’ and it is true that the ‘Euphoria’ singer never fails to showcase his beautiful vocals during concerts as well. Some people claim that he eats a CD before his performance and that his vocal cords are made of steel which is so funny but it can be true, you never know!

Whatever other people do, we can rest assured that Jungkook does it better. The ‘Boy With Luv’ singer loves donning luxury labels like Gucci, Fendi, and Prada when performing and we are convinced that he is one of the most stylish men we have ever seen.

Just take a look at him, he looks like a modern-day prince charming here.

His versatile fashion choices have our hearts.

He Is The Cutest Bunny Ever

If you want to see a bunny in human form, just take a look at the youngest member of BTS. The way his nose and cheeks scrunches up to showcase his toothy smile is just so adorable and it can lift anyone’s mood. For the unversed, ARMY often says that his smile is extremely hard to resist and they call it ‘Bunny Smile’, we couldn’t agree more with them.

This video is proof that he resembles a real-life bunny rabbit in human form.

He Is A True Gen Z Icon

We are certain that birthday boy Jungkook is a true Gen Z icon as he truly represents the young generation. The ‘Left And Right’ singer once revealed that his idea of a perfect weekend is sleep, sleep, and sleep. As a Gen Z, I can say that this is the most relatable thing ever!

His Bond With His BTS Hyungs Is So Special

You know, some fans often say that Jungkook’s favourite BTS member is RM or Jin, but the truth is that he loves all his six hyungs – RM, Jin, Suga, J-Hope, Jimin, and V equally and unconditionally. The ‘Still With You’ singer has nothing but admiration, love, and respect for each member and they love him back even though he never misses a chance to bully them, LOL!

He Is Good At Literally Everything

FYI, Jungkook’s zodiac sign is Virgo and that makes him a perfectionist. It is a no-brainer that he is one of the top dancers and singers in the South Korean entertainment industry but it is shocking that he excels at almost everything. Having said that, even though he is a vocalist, he’s known for his exceptional rapping skills. He also never misses chances to flaunt his boxing skills.

In 2021, BTS performed their Grammy-nominated award song ‘Dynamite’ at the Music On A Mission Concert and during their performance, Jungkook surprised everyone by playing the drums. We stan a multi-talented king!

Jungkook also made us swoon over him by showcasing his cooking skills, if that doesn’t make him perfect boyfriend material, then we don’t know what will.

Also Read: Everyone Stop! BTS Boys Are All Set To Feature On Disney+ With Amazing Content. We Are Excited!

Well, we would like to clarify that we love all seven members equally as it is impossibly difficult for us to choose one but we decide to give some special treatment to Jeon Jungkook as it is his 25th birthday.

BTS ARMY Are Overjoyed As Tokyo From ‘Money Heist: Korea’ Is A BTS Fan. The K-Pop Band Is Everywhere!