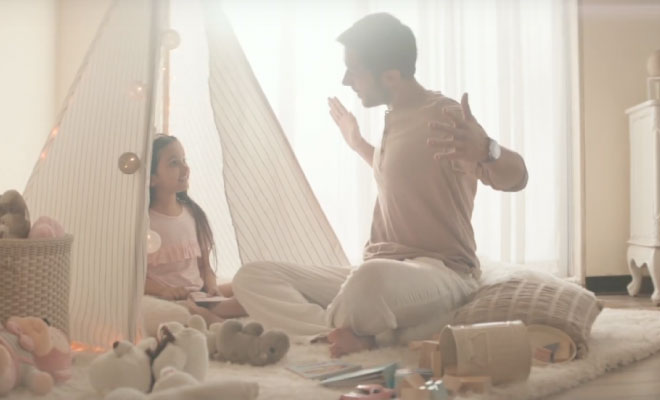 Sexism And Fear Start During Childhood. Here’s What We Should Stop Teaching Our Girls

As a woman, when you think of sexism and your rage against it, you think it’s a recent thing. It probably is, your rage that is. Sexism on the other hand, is so inherent to us, it’s so common, you can’t remember how long ago it became a part of your life. Another thing that women go through. Surprisingly, sexism doesn’t take root in adolescence, it becomes a part of you during your childhood. It’s so ingrained, the subtle messages that are passed down, you don’t think of it anymore. And with this comes the by product, fear. Something we unknowingly pass on to our duaghters. But that needs to change and these messages need to stop being rooted in our psyche.

This campaign is challenging this very notion. #HerCourageLessons is making parents question the way they are raising their girls. How, subconsciously, they are instilling fear into little girls.

We are telling them how they should dress. That their clothes shouldn’t be too short, or too tight. We body shame them. Telling them their hips are too big or that they could lose weight around their waist. And when we tell them this at a young age, it stays with them for life.  Unintentionally perhaps, we are telling our daughters that you will be mocked for being fat. And that’s not cool. That’s not the message we want to send out. This Women’s Day, let’s teach them courage.

Without saying it out loud, we ask them to fear strangers, that they could be taken away and that they might cry but no help will be forthcoming. We instil fear of the unknown in them. Killing the little explorer in them. Unknowingly, we scare them even before they venture out. That’s not the message we want to send out. This Women’s Day, let’s inculcate curiosity.

And then, of course, we place the heavy responsibility of shame and honour on those tiny shoulders of our little girls. We tell them that being safe from sexual predators is something they have to do. That they shouldn’t call such miscreants out because of the shame it will bring to the family name. We show them fear and tell them to be careful. That’s not the message we want to send out. This Women’s Day, let’s give them a voice.

#HerCourageLessons is the latest campaign by Isobar India, the digital agency from Dentsu Aegis Network, for MySchoolReviews.com, a school listing and reviewing website, is making parents question the way they are raising their girls. This is a dedicated article.