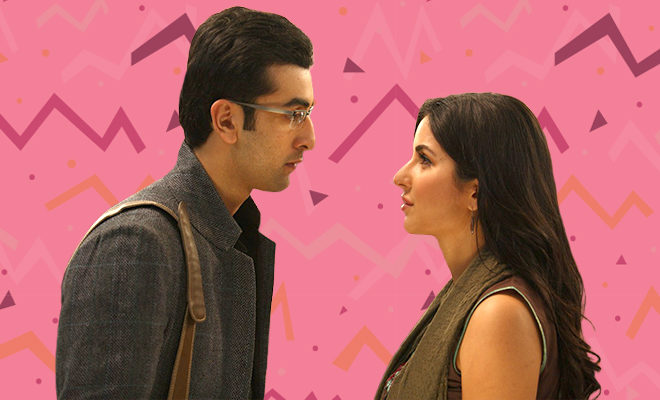 I consider myself very naïve when it comes to indulging in planning, plotting and politics. Sometimes, it’s what you need to do to protect yourself from people already manipulating things to work against you. But like most emotional women, I end up usually believing people to not have bad intentions unless proven otherwise. I trust people to be nice, except romantic interests. I don’t trust that easy and probably resonate with Kajol’s woh meri dukaan hadapna chahta hai school of thought. Why not? There are several deceptive men out there! The thing is, I have been there – loving with an open heart. But the disparity between words and actions in men threw me off. The lack of consistency and how their niceness tapered and turned into narcissism threw me off.

Some people may say it’s like I am building walls up but all I am doing is protecting my time and energy. I am not afraid of a heartbreak – self-actualisation has made me smart enough to choose happiness and healing, I know how to recover. But time? Oh God, do I want to put myself through so much wastage of time and energy? All those days that end up giving you anxiety because he can’t make up his mind about you or because he prioritises you only over watching paint dry? This is why I like to be wise and check for consistency and trustworthiness before I let a person in.

To balance out my naivety, the universe has blessed me with another precious lesson: “Listen to your intuition!” I usually rely on the vibes I get from a person; if they drain me, I stay away.

It’s actually very important to listen to your gut feeling, your intuition or whatever you may call it. Why? Because turns out the most deceptive men are the best at showing remorse, according to a new study. In fact, emotional women tend to be most trusting of these deceptive men.

“People who show characteristics of a psychopathic personality have been described as exhibiting very contradictory qualities,” said study author Kristopher J. Brazil, a PhD candidate at Brock University. “On the one hand, they are usually described as having a personality pathology — and rightfully so, since they routinely perpetuate self- and other-damaging behaviors. Words like ‘maladaptive,’ ‘disordered,’ and ‘dysfunctional’ are often used to describe those with psychopathic traits, implying that there is something wrong with them,” Brazil explained.

“On the other hand, they have also been described as engaging in excessive and even sophisticated acts of deception that suggest they may surely know how to exploit others for their own gain. The focus on ‘disorder’ then could occlude possible interpersonal — albeit selfish — benefits that might come from having a psychopathic personality,” Brazil added.

Okay, I may have omitted the fact that the study pertains to psychopathic traits but it need not be pathological. It’s not like only a person with criminal history can pull this off. In fact, I believe we are often not aware what a person is capable of until it happens. Were the women who got murdered by their husband aware that he’d be capable of doing that? Did a person who is stuck in a relationship with a manipulative, controlling and emotionally abusive partner expect this would happen? It’s because some people are really great at deception and some emotional women are bad at detecting it!

The researchers asked the men who participated in the study to recall a time they hurt a person but didn’t feel sorry about it. They were then asked to talk about it in front of a camera and pretend to be remorseful. The participants were told that the best story would be awarded a prize.

More than 1000 people were recruited to watch the videos and rate the men’s trustworthiness and how genuine their remorse seemed. Of course, the subject of the research was not revealed to them to avoid bias.

“Those who had more overall psychopathic traits (i.e., not just the interpersonal manipulative traits as might be expected) were more likely to be seen as trustworthy following a deceptive story and to have their deception believed by others. This suggests they may indeed be successful exploiters,” Brazil told PsyPost.

The research found that women who were more emotion trusted the men more. “In particular, women who show higher levels of emotionality (dependence, sentimentality, anxiety, and fearfulness) were most likely to believe and trust the men who were the highest in psychopathy. This suggests that psychopathic men might selectively exploit women who have more traits of emotionality,” Brazil explained.

So now what? It’s very difficult to detect deception in such men because they have aced the verbal and non-verbal techniques to camouflage their dishonesty. The fact that liars don’t maintain eye contact is so commonly known. Of course, deceptive men have mastered that technique. Does that mean emotional women are doomed? Maybe not. You can use a few simple but effective ways to know when you’re being deceived.

ALSO READ: 5 Signs Your Boyfriend Is Lying To You

Secondly, ask unanticipated questions about their feelings. “Liars rarely prepare for questions about how they felt during the story they are trying to pass off as the truth. Liars will often struggle to accurately describe what emotions they felt because they did not actually experience the events they are relating,” Schafer advised. Huh, sounds like a trick you can use on the neighbourhood commitment-phobe.

Dear emotional women, I am a strong supporter of listening to your gut-feeling; it doesn’t disappoint. If you feel something is wrong, even if the guy seems like a dream come true, wait a little and observe before you give your trust away. May we never meet them deceptophiles (it’s not a legit word but maybe it will catch on!)!

The study, “Successful and selective exploitation in psychopathy: Convincing others and gaining trust“, was authored by Kristopher J. Brazil, Chantelle J. Dias, and Adelle E. Forth.

ALSO READ: Women Reveal The Things That They View As Flaws And The Ones That Are Deal Breakers In Relationships