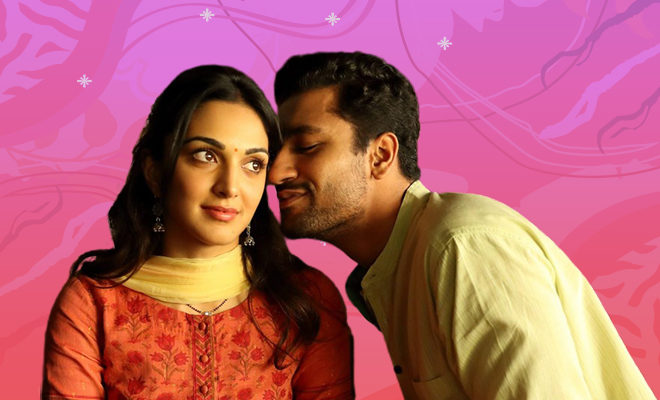 The other day I met my besties, and we women had a heart-to-heart about marriages. It’s been more than three years since my best bae got married and it’s been a roller-coaster of highs and lows for her. The first year is often the hardest because we are so not used to dealing with another person’s flaws that closely. Some things are worked upon, some annoying traits refuse to budge and some take time – it’s not like you will tell them what you don’t like and poof, it’s gone. They are not a hard drive. But here’s the thing. She doesn’t know how they both will evolve and grow in the years to come. However, all these flaws they see in each other don’t make them feel life would be better if they weren’t together. You still want them because they bring much more love and warmth than irritating habits to the relationship. I guess it’s about acceptance and understanding.

To an extent, we have to accept each other for what we are – be it any relationship. But at what point does it become less of a flaw and more of a dealbreaker? We stay in relationships unable to understand if we need to be more accepting or are they simply a bad match?

Funny thing is that people think that just because you broke up, you can’t keep up with a relationship. Or that you are not accepting of flaws. My ex was really offended that I decided to part ways. But I can put up with someone being lazy and messy. I can put up with someone new to handling relationships. But hey, emotional unavailability and being treated horribly, doesn’t tempt me to stay with them forever.

Which flaws are just flaws? What are deal breakers? Should you be accepting? Or is it called settling with a bad match? How do you know? Women take to Reddit to differentiate between the two. Ask yourself these questions to know if it’s actually the relationship for you.

Are your needs being met?

“One thing I forget all the time is “do I love me as much I love him?” Admitting that to yourself I think is hard. Because at the end of the day you only have so much love to give, and how much are you giving yourself? HE/ SHE needs to meet your needs. It will get old having the same conversation about you expecting a little bit more out of them and them not responding or reciprocating the same effort. I hope this makes sense,” a woman pointed out.

Are you begging for the bare minimum?

A woman said that when you have to literally beg for the most basic things, it’s toxic and no more about “flaws”. She wrote, “When you need to beg for the bare minimum from your partner and then find yourself being extremely happy over it when they do give that bare minimum. First and foremost, is to love yourself first before anything else.”

“I think the thing other thing that lets me know this is for real is that even when I’m annoyed, even when my partner can be very trying, my underlying thought about them is always love. “dammit I hate the way they do this thing, it is frustrating and creates problems and I love them and know we can work on this.” No thoughts of life being easier without them because I know it won’t,” a woman explained. I think this is an important one. If they annoy the f*ck out of you but you still love them and see their errors with compassion, it’s not so bad. However, if you don’t, it could be because those are terrible deal breakers but it could also mean you need to be more compassionate.

Are they willing to put effort?

It’s not always going to be the little things like oh, he is always late or he forgets things. There will be things that may seem very hard to overcome. But do both of you want to make it work? Do you love each other more than your individual egos? Unless it’s not abusive or hazardous to your mental health, do you want to make it work? “While my own relationships have failed, my parents have been married 49 years and there are lots of times it’s HARD. As an adult now I can see it happening and can recognize it in the past, when one or both of them has to work really hard at it. They are happy in their marriage and would do it all again, but even after a fifty year relationship there are still hard spots,” a user pointed out.

Are they making your life better or worse?

It’s simple. Why would you want to be with someone who is making you hate your life? Overall, if it seems like a job you are stuck in then maybe it’s a bad match. “My husband has ADHD, and can be difficult to deal with sometimes. But he is there for me when I need him, works so hard for us, and supports my wants/needs. Overall, he contributes positive assets to the relationship, and helps us both move towards our goals. So figure out your goals. Work toward them. And ask yourself if anyone you date is helping or hindering,” a woman wrote.

What are your deal breakers?

“You need to figure out your must haves and deal breakers, what you want and need from a partner and your relationship, what you would like and what you would accept, and what you wouldn’t. And also weigh them up against each other. For example one deal breaker will outweigh any number of highly desirable qualities. Once you know about yourself then you can assess if someone matches well with you. Sometimes chemistry doesn’t translate into a suitable match and sometimes its the other way around,” a woman explained. Like I said, I can’t be with someone who is emotionally unavailable. Or someone who is sexist. It’s a deal breaker for me. And I won’t accept this “flaw”.

ALSO READ: Men Reveal What Stops Them From Seeing Someone As A Long-Term Partner

Are you willing to evolve together?

“For me, the distinction is how a flaw is dealt with. If you can tell your partner, and they can work through their emotions, acknowledge it and try to do better, I think they’re worth staying with. If they’re constantly defensive and nothing changes, AND if you can’t live with the flaw, I think it’s time to reassess.,” a woman wrote. “My partner, while not perfect, continues to grow. When he hurts me, he may respond defensively at first. But over time, in calmer situations, we’ve developed language to keep calm to reduce defensiveness, so he can work on making reparations and doing better. I do the same, I grow through my flaws that he brings to my attention. We would’ve separated a long time ago if we didn’t change,” another woman expressed.

If you’re looking at getting married or having a long-term partnership, it’s not like you will remain the same as how you started. You both will change and evolve and sometimes, you won’t click. But if you both know how to deal with the flaws and want to make things work, you will grow in a way that helps you align better. Like I said, first year is the hardest. It gets better. If you don’t see that with them, it’s a bad match.

ALSO READ: Women Opened Up About Being With Passionless, Sexually Incompatible Partners. It Messes Up Your Self-Esteem