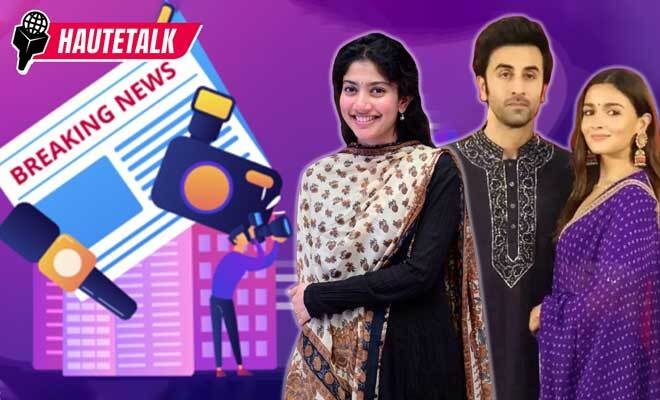 Over the last few years, we’ve witnessed quite a few media circuses. I honestly feel it just got worse with every passing day. Especially after the sad demise of Sushant Singh Rajput. From hounding celebs to questioning the controversial death of the Kai Po Che actor, Indian paparazzi have made us question the kind of content that is shown by the media and the content that is being consumed by the people in India. We all know that Bollywood celebs and media have a love-hate relationship. Last year, we saw the Indian media stand in solidarity to get justice for Sushant Singh Rajput but we also saw the same paparazzi hound Deepika Padukone, Rhea Chakraborty and several other celebs. And if that isn’t evidence of their love-hate relationship, we don’t know what it is.

Just recently, Anushka Sharma thanked the media and the fans for respecting her privacy and not sharing pictures of her daughter Vamika. But at the same time, we also saw the paparazzi embarrassing Alia Bhatt during the promotions of her upcoming film RRR. Paparazzi have a way of creeping into their favourite celebrity’s personal space but this isn’t the first time they have crossed the line and it surely won’t be the last either. In yet another case, the paparazzi violated the personal space of Telugu actors Nani and Krithi Shetty. But their co-star Sai Pallavi took a stand and called out the journalist for crossing the line.

During the promotions of their upcoming Telugu film Shyam Sinha Roy, Nani and Krithi Shetty were stuck in a rather embarrassing situation after a journalist asked them an uncomfortable question with regards to an intimate scene of their film. In a video from the event that is going viral on social media, a journalist can be seen asking the actors who out of the two (Nani and Krithi Shetty) was more comfortable and who was uncomfortable while shooting the kissing scene for their upcoming film. Honestly, are they for real? What good is going to come out of asking this kind of question and embarrassing actors after they’ve shot a difficult scene?

In the video from the interview, actress Sai Pallavi interfered and called out the reporter for posing a question like that and putting her co-actors in an uncomfortable position. Speaking to the journalist, Sai Pallavi pointed out that the question is a rather uncomfortable one while adding that Nani and Krithi discussed the scene and got comfortable with each other before shooting it ‘for the sake of the story’. “Obviously, when you asked them about it, they’ll get uncomfortable,” said the actress added.

But this did not deter the journalist from continuing his line of questioning. The journalists further questioned the actor about their romantic scene in Shyam Sinha Roy but Sai Pallavi took a stand once again and told the paparazzi to back off. “It is unfair of you to continue to ask the same question,” Sai Pallavi said. Responding to the journalist, Telugu actor Nani said, “Once we decide to do anything for the sake of the story, we won’t have any inhibitions. As professional actors, we have created the best impact out of the scene.”

Honestly, we’re glad that the actress stood up to the paparazzi for violating the personal space of actors and playing dirty games.

What Happened With Alia Bhatt?

A few days ago, during the trailer launch of her upcoming film RRR with Jr NTR and Ajay Devgn, a reporter asked Alia about the letter ‘R’ which is trending due to the film’s title. The paparazzi further questioned if the ‘R’ is a ‘lucky factor’ for her while hinting at her beau Ranbir Kapoor. Well, this is madness. This honestly makes me wonder how old these journalists are? What are you? A 15-year-old teenager? With all those hints and bad jokes?

While the actress handled the question with ease and said, “I am stumped. Mere pas jawab nahi hai. I am trying to be intelligent but I don’t have a good answer. ‘R’ is a lovely alphabet but so is he.”

Really, what is with the Indian media asking such cringeworthy questions? When will we learn to consume and create better content with the celebs? When will we learn not to invade their personal space and ask them such questions? Have we not learnt our lesson after Katrina Kaif and Vicky Kaushal’s secretive wedding? All these embarrassing and cringe-worthy questions are probably why the lovebirds kept their relationship and marriage under wraps. I get it. We worship celebs. They’re our gods and that’s alright as long as we don’t make their personal lives public knowledge. It surely doesn’t feel nice to have people speculating about your personal lives and relationships and gossiping about it. This is why it is important that the paparazzi have a little consideration for the celebs and understand that they’re humans too. Honestly guys, please give them their space. Asking Ranbir Kapoor and Alia Bhatt about their wedding date is not going to help. Keep that up and we’ll probably never know about their big day until after it takes place. They may be your TRP gods but they are real, living, breathing beings.

Asking celebs to give one extra pose for a picture is perfectly alright but hounding them, surrounding them, embarrassing them, harassing and stalking them, asking them cringeworthy questions and making them uncomfortable is not the right way to go. Quit making them feel unsafe, guys.

Sushant Singh Rajput’s Death Has Pulled The Mask Off Of An Industry That Lives For Appearances. And The Stars Are Being Called Out