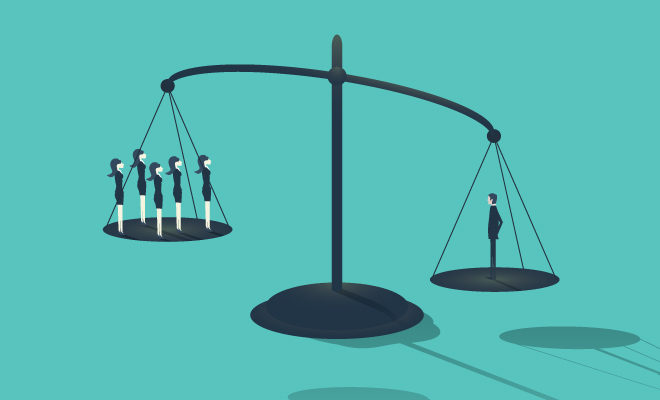 Hautetalk: Men Keep Getting Away With Doing The Bare Minimum And I Am Here To Rant About It

Okay, as someone who has had two of the most traumatic years of her life in the recent past, you guys can imagine that I am not the most pleasant person to be around currently. Not that I am going around biting people’s heads off, but I am kinda cynical these days and my worldview does tend to tip on the negative side. Okay, who am I kidding? I have always been like this BUT my level of cynicism these days has me surprised as well. I digress. With my ultra negative but ‘still in touch with reality’ perspective, I have been thinking about and observing a lot of the day-to-day interactions I tend to have with my friends and family. This has always been something that bothered me so I will make it everyone’s problem to care about as well: Why are men glorified for doing the bare minimum?

Now don’t get me wrong, I am guilty of doing the same. I remember this one time I was talking to a friend about a guy I was into at the time and gloated over how respectful he was of my boundaries to which she disillusioned me by asking me, “Isn’t that the bare minimum though?” Now, as much as I knew that it is, the straightforwardness in her tone made me realize that I have also subconciously gotten into a habit of glorifying a man for being nothing more than a decent human being.

Let me explain some more. Another friend once told me she was very proud of her boyfriend for being a feminist. Okay, I get the appeal of a man not being self-centred and seeing the world from a woman’s perspective, it is attractive. However, should it be glorified though? Moreover, a woman calling herself a feminist is considered to be a “red flag.” She is called crazy or a “feminazi.” But a man is praised for this. So… how are men winning even within the scope of feminism is beyond me.

Furthermore, I believe this is something that every woman (and if you are that woke, then even a few men) must have noticed. A man doing the dishes is somehow held in higher regard than a woman who does the dishes regularly. If a son helps out with meals in the kitchen he is praised so much. Whereas a daughter doing it is taken for granted. In fact, she must learn to do this chore as some kind of a basic survival instinct for the patriarchal society she has to live in! Did anyone notice this during lockdowns too? I did. My mother spoke about how lucky her friends are for having husbands or sons that help around the house when domestic help was unavailable. I think that’s when it hit me how little is expected of men. It’s their house too, right? So why wouldn’t they help out with the chores? Are little girls born from their mother’s womb with ‘can do chores better’ stamped across their foreheads?

While I understand encouraging good behaviour, I believe it is high time we stop glorifying basic stuff that men do all the while ignoring how women have and still are doing these things on the daily. It’s like, when you applaud a toddler for standing up on his own two feet, that’s fine. But you don’t tell a grown man, “Oh wow, you walked on your own two feet to the kitchen and got yourself the glass of water you wanted! Bravo!”

Maybe teach men to fend for themselves and not rely on their mothers, sisters and wives to feed, clothe and clean up after themselves? After all, if you are an adult, it is better you start acting like one too, right?