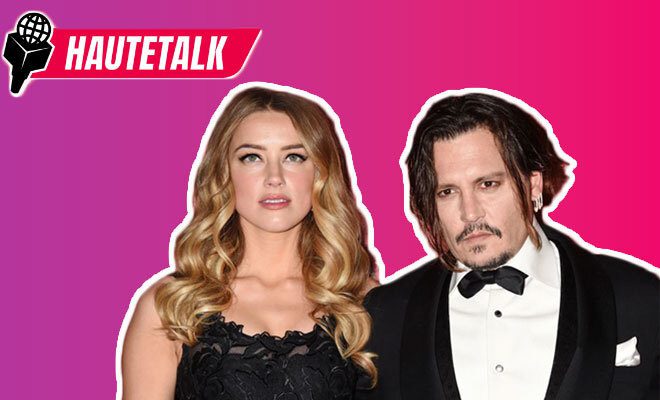 Johnny Depp and Amber Heard’s defamation case received HUGE media attention and it wasn’t for all the right reasons. Ever since the trial began, social media and news have been buzzing with speculations, rumours and all the derogatory memes and lipsync videos. The trial ended on June 1 after the jury held both Depp and Heard guilty of defamation and asked Depp to pay Heard $2 million in damages and the actress was asked to pay her ex-husband $15 million in damages. The actor was held guilty of one count of defamation while the actress was held guilty of three counts of defamation. But throughout the trial, Amber Heard was crucified and mocked on social media.

This high profile case and its verdict created ripples across the world. While a large section of the society was busy making memes and mocking Amber Heard and her testimony, making lip sync videos, recreating scenarios and remixing videos. Every single day, I would come across several memes on the case that was back then sub judice. All the chaos and noise made by this case raised several questions. A couple that was in a mutually abusive and toxic relationship was in the middle of a legal battle and the reason behind this was that one of the abused partners chose to speak up about it and called a spade a spade. Despite the evidence that both the partners abused each other, one was crucified and mocked because she did not fit into the society’s image of an abuse victim and because she also abused her abuser and the other partner received unequivocal support because he abused his abuser less.

Looking at the facts of the case and the history, experts believe that both Johnny Depp and Amber Heard were in a mutually abusive relationship and there’s no doubt about it. And TBH, the UK court did consider Depp to be an abuser and even, in this case, the actor was asked to pay damages to his ex-wife as his lawyers called her accusations of abuse a “hoax”. Now, we all may be rational people but we are not judges and we do not have all the hard evidence of the case that the judge and the jury in the case have. We cannot sit in the comfort of our homes and hide behind a keyboard and make statements about a case that we aren’t personally involved in. But I often wonder, what makes people want to be so so cruel to Amber Heard while extending unequivocal support to Johnny Depp. Speaking about it psychologist Divija Bhasin said, “Everyone has their own reasons but one thing is for sure, there is some level of gender bias at play. Thousands of people are sexually abused every day and it’s rare to see people treat the abuser (often male) the same way as Amber Heard is being treated.” On the other hand, psychiatrist, Dr Rahul Khemani said, “Unfortunately, in our society, if people get one little reason to crucify women and support men, they take it and use it against womankind to blame them and hold them responsible. There is no doubt about the fact that there was gender bias at play here and people simply did not want to believe Amber Heard because she did not fit into their idea of what an abuse victim should be like and how she should behave. Another fact, in this case, is that there is a huge power imbalance here. Johnny Depp is a much more popular actor with a large following and it wasn’t difficult for him to garner public support effortlessly.”

There are so many gaping holes and loopholes in this case that not many have talked about. The first one is the fact that the jury was not kept away from social media and news as this case was a civil suit and not a criminal case. They were simply asked to stay away from news and social media. This means that it wasn’t very difficult to sway their decision considering the smear campaign going on on social media against Amber Heard. Even now, after the end of the trial, the memes, the jokes and the polls have not stopped. And we have time and again said that the meme-ification of this trial is bound to take a toll on people, especially the domestic violence as well as sexual and physical abuse victim. It will take away the little hope that they had in the justice system and in society. This chilling verdict and all the news headlines stating that “Johnny Depp has won” are going to take a toll on abuse victims and make them feel hopeless. Having experienced abuse myself, I can vouch for that fact. The meme-ification is going to make every single abuse victim feel triggered and it will also make them wonder if the world will ever believe them. While this verdict has given a voice to the male abuse victims, it has taken away that very voice from female victims and reinforced a fear that when women come forward with claims of sexual and domestic abuse against someone who has is famous or has a good public image, respect, power and money, they will never be believed. Speaking about the same, psychiatrist Dr Rahul Khemani said, “People are going to use this trial as evidence and example of the fact that women take undue advantage of their rights and misuse them, which, in my opinion, isn’t right. Every case is not the same, it has different situations, facts and people among other things. There’s no doubt that abusers will use Johnny Depp and Amber Heard’s case to their advantage. Moreover, this case is going to be scary for the abuse victims and it will make them question their choices. Not only will they fear the justice system but they will also be worried about the social media trial and character assassination.” Discussing the same, psychologist Divija Bhasin said, “I think it can be really damaging for abuse victims. It portrays the fact that if someone speaks up, they may be treated the same way if they aren’t able to provide evidence for the same. Moreover, people may also be more likely to see it in a ‘light-hearted manner’ instead of taking abuse victims seriously, which is already quite common.”

Also Read: Hautetalk: Remixing Amber Heard’s “My Dog Stepped On A Bee” Clip With Music Is Not Funny. It’s Degrading!

Johnny Depp and Amber Heard’s case has also raised another question. Is it really possible for us to distance ourselves from our love for a celeb and see them as a human being capable of doing wrong? IMHO, not at all. This case was proof of it. While there were several people pointing out the real facts, the fans refused to accept or address the fact that Johnny Depp was just as much the abuser as Amber Heard and that abusing her less does not make him a better person. The support that the actor received from people speaks volumes about how we are as a society.

Speaking about this Dr Rahul Khemani said that it is never possible for people to separate themselves from their love for their favourite celebrity and see them as humans capable of doing wrong. “No, never. This is why the Sushant Singh Rajput case also became so huge. The statistics state that every second there is a suicide happening and no one knows about it and it isn’t taken into consideration unless a celeb is involved. In fact, a few of my cardiologist friends saw a spike in cases of people worrying about their heart health after singer KK’s death. It doesn’t matter if a celebrity is a positive role model or a negative one, you will always connect with them. And when something happens to them, it’s common for people to mirror it on themselves.” On the other hand, psychologist Divija Bhasin states that it is definitely possible for people to separate themselves from celebrities. “Celebrities are people just like us. The only difference is that a lot of people know them but it doesn’t make them any less human. They are also capable of making mistakes like we all do.”

Also Read: Twitter User Points Out How Meme-ification Of Johnny Depp And Amber Heard’s Trial Is Messed Up. How Are People So Insensitive?

If we think about it, some of us did manage to separate ourselves from our love for the celebs and look at this entire situation rationally but a large number of people, including all the trolls and fans on social media, failed to do the same. Another thing to note in this case is that everyone was so busy focusing on the fact that Johnny Depp had suffered more and was wronged that they failed to see that Amber Heard, who wasn’t our ideal crying, sobbing, traumatised victim, was also abused. And the fact that Amber Heard wasn’t a victim who sat back and took the abuse and instead abused Depp too (not that it’s a good thing) did not sit well with the people. Because in our minds, we have an image of the ‘perfect victim’ who is supposed to be meek and quiet as a mouse and is traumatised by everything and dare this victim be strong and we will all refuse to believe her. The fact of the matter is that Amber was discredited simply based on her conduct and behaviour because according to the myth of the perfect victim, she’s supposed to be innocent. The perfect woman who does no wrong, who doesn’t drink, smoke or do drugs and has a clear memory of the assault along with just the right amount of evidence because not having enough evidence simply means that she lying and if she has too much evidence, it means that she was planning this all along. According to this myth, an abuse victim should walk away from the abuser to save herself as soon as the abuse begins. She should not wait too long because that means she’s lying and if she walks away too soon, she didn’t try to make things work. The perfect abuse victim should dress a certain way and speak a certain way and should never have lied. She should break down when she recalls the abuse and be traumatised because if she doesn’t she’s probably lying and is vindictive. And mind you, if she has ever done one thing that is out of line or hasn’t had a good relationship with even a single person in her life, she’s not reliable enough to be believed and that, my friends, is impractical.

Having said that, I think it’s high time that we let Amber and Johnny fight their battle without feeling the need to have an opinion about it or share it for that matter. And can we please stop with all the polls and memes, already? It’s not funny, just insensitive and derogatory.