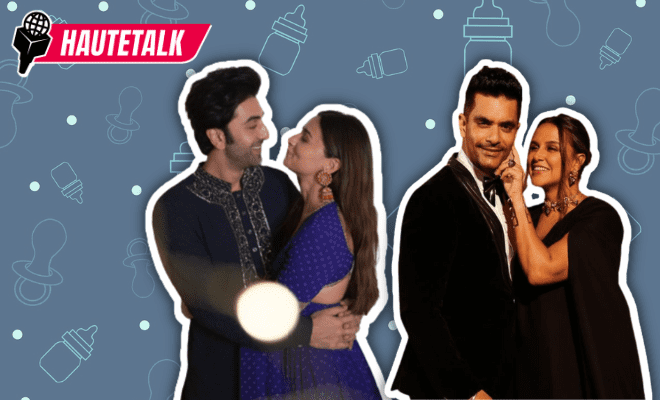 We love celeb couples and baby announcements. Having a baby is a special experience for a couple and a new chapter in their lives. It takes a lot of courage for the celebs to share their special moment and this new chapter of their lives with fans and followers but it’s not very nice when it is met with criticism. Our society has some norms and some unsaid rules and no matter where we go, most of us try to live within the boundaries and not cross any lines. But what happens when someone goes against the norm? Well, since ostracising celebs is not an option, trolls just choose to shame them for doing things they don’t like. And it’s the absolute worst if a couple get married because they got pregnant before getting married.

Recently, Alia Bhatt announced her pregnancy with hubby Ranbir Kapoor and the comment section of that post seems to have a lot of negativity with trolls attacking the newly married celeb couple. Alia Bhatt and Ranbir Kapoor tied the knot April 14, 2022. And now, on June 27, 2022 she has announced her pregnancy and it didn’t seem to go down well with the public. While scrolling through social media, I came across several comments from people assuming that the duo tied the knot in a hurry because of the pregnancy while several other commented that Alia Bhatt used the pregnancy as a way to tie Ranbir Kapoor down. And TBH, I’m not surprised that instead of being happy for the couple, people are busy shaming them for it.

TBH, we all have our doubts about the authenticity of the baby announcement. We’ve come across several celebs sharing pregnancy announcements and whatnot, only to find out that it’s a publicity gimmick. So, it’s not wrong for people to assume that this is another one of those PR stunts. We have been burnt before so, it’s only fair that people are reacting the way they are. But for all those who believe it to be true, there’s a very little positive reaction. While all the celebs have congratulated the couple, netizens have their own biases and judgements that they’re sharing on social media. 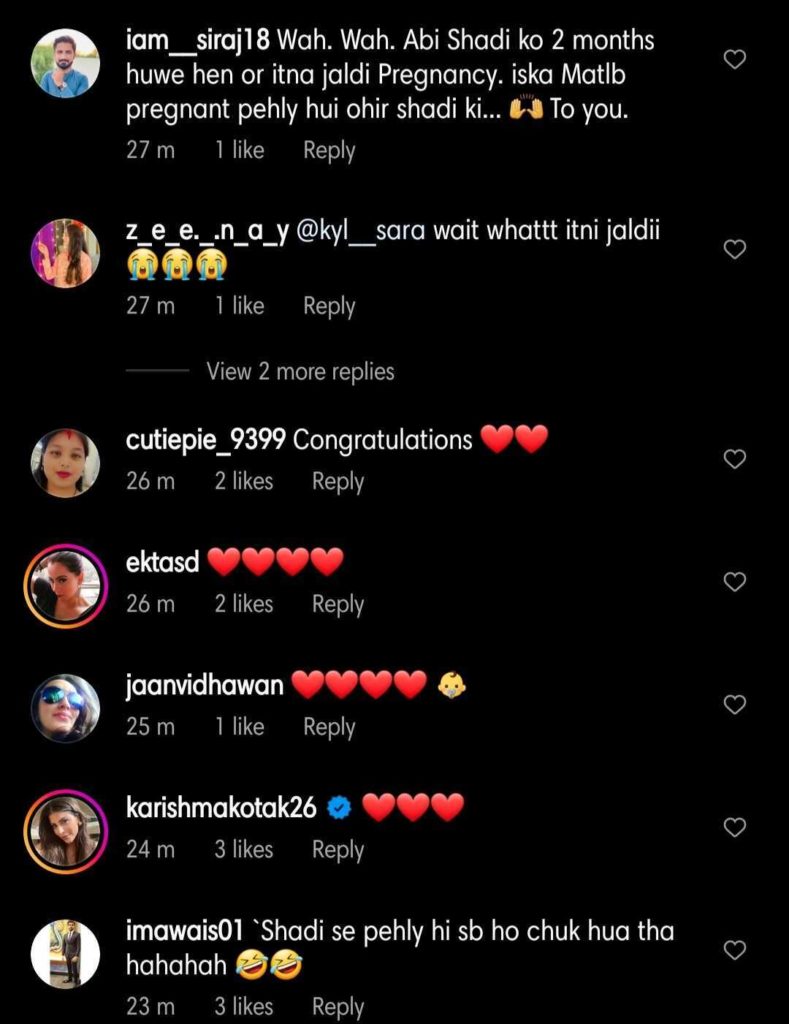 #AliaBhatt
Now we came to know why they married so early. https://t.co/rfamgfNVOq

For a very long time, our society and Bollywood have been promoting the idea that couples should get married if they get pregnant and we’ve seen several films portraying the very same idea. And now, we have a couple that just that and it looks like the society isn’t very accepting of the idea. But shouldn’t we be happy that Alia Bhatt and Ranbir Kapoor got married since they got pregnant? Why are we so unhappy if they did exactly what society has been teaching them to do? As a society, we’re not fans of illegitimate kids and now that a couple has decided to go the legitimate way, we’re still unhappy and dissatisfied. 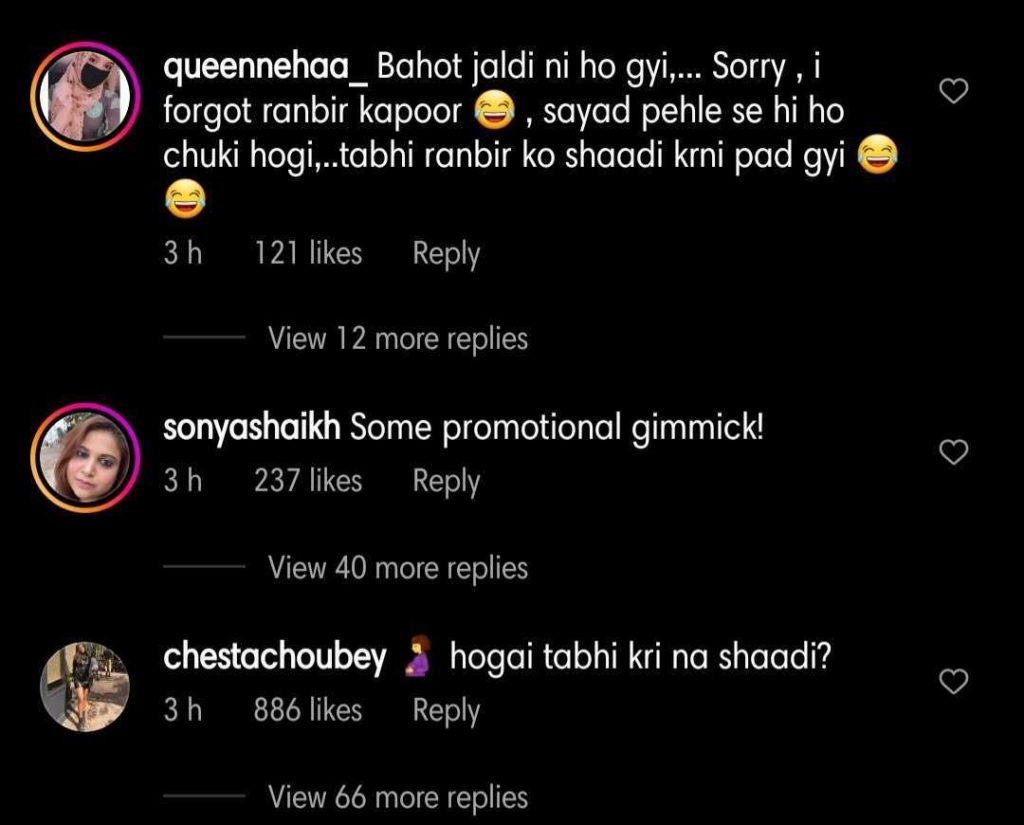 Allow me to point out another thing that’s going wrong here. Several social media users have been pointing out that Alia Bhatt got pregnant in order to tie Ranbir Kapoor down. Like really? Even in 2022, we choose to blame the woman for getting pregnant but we forget that she did not get pregnant on her own. And to blame her for trapping a man by getting pregnant is extremely shameful and derogatory. Even in this day and age, there are people who believe that women “trap” men. Even with the wage gap, we have a woman who is earning almost as much as her man and we still believe that she would need to get pregnant to “tie him down”. And why is marriage supposed to be a way to “tie a man down”? 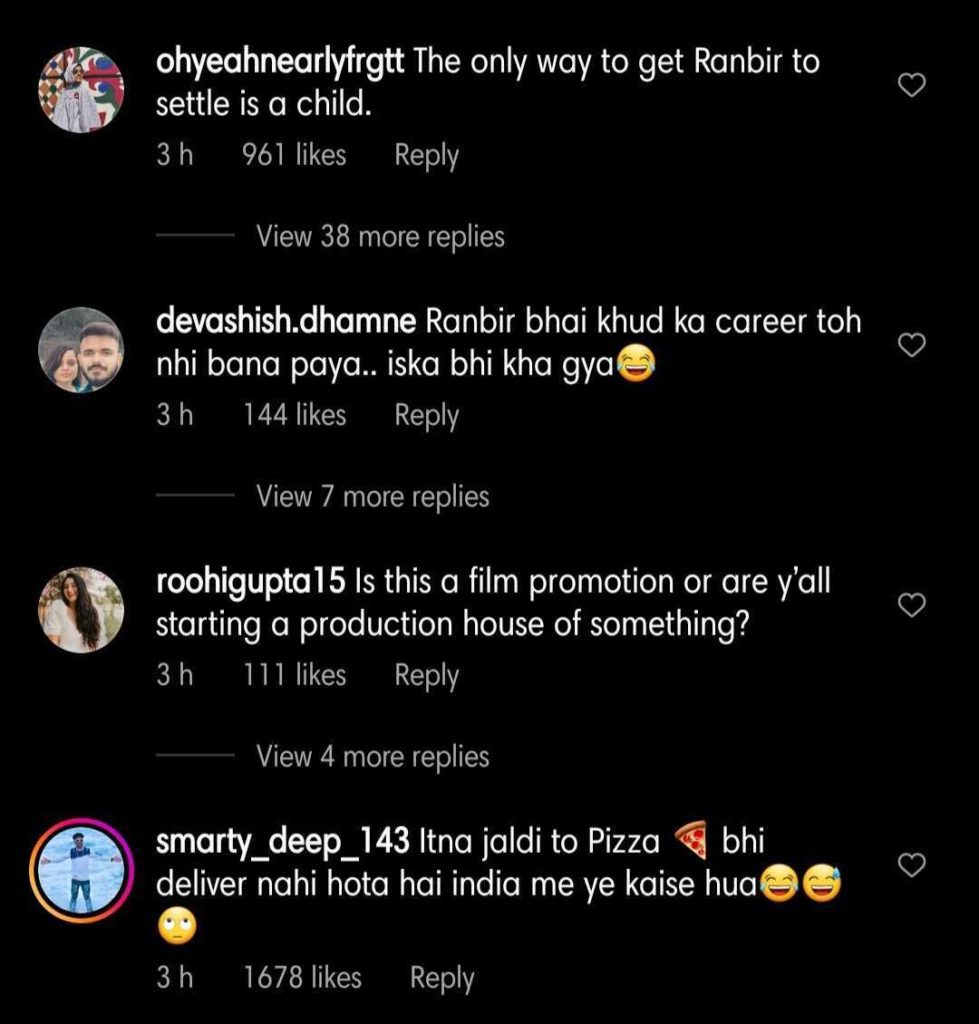 Having said that, had they chosen to abort the baby, we would still be looking down on them for having premarital sex, getting pregnant and not taking responsibility. So, basically, a couple who gets pregnant is not allowed to get married and live with respect because they got pregnant before the marriage and if they chose the other way out, they’re still shamed for their choice, double standard, much? If that doesn’t work, we shame the woman for trapping the man with pregnancy. But just excuse me, no woman would want to have a child just to get married and settle down. In a country where the sex ratio is favouring women (no thanks to female foeticide and infanticide), we have a lot of guts calling women gold diggers and saying that they’re trapping men. TBH, women have a lot more choices than men. And for those of you, calling Alia Bhatt a child, she’s a 29-year-old woman. She’s an adult and can very well decide if and when she wants to have a baby.

This entire situation reeks of judgement and it’s time we put an end to it. Can we just let a couple be? Let them make choices for their own good without poking out noses into their personal lives? Also, this is gold coming for a society that has been telling Alia Bhatt and Ranbir Kapoor to have kids “soon” ever since their marriage. FYI, we’re the very same society that looks down upon couples for having babies too soon after their marriage.

Sanjay Dutt’s Marriage Advice To Ranbir Kapoor And Alia Bhatt Is “Make Kids Soon”. Baba, What Is This Behaviour?