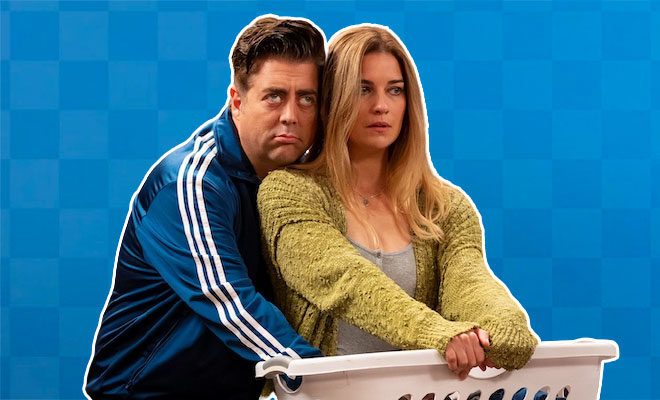 Twitter Thread Explains Why The ’Nagging Wife’ Trope Keeps Husbands From Realising Their Wives Are Unhappy. It’s Spot On.

If I had a penny for every time a male comedian used the ‘nagging wife/girlfriend’ joke as a filler in their set, I’d be rich enough to lead a country’s government and ban such comedy from said country for being offensive. Unfortunately, we women don’t just earn a pittance compared to our male counterparts, but we also have to be the brunt of their misogynistic humour every other minute. Entertainment has come so far, our television screens have evolved, and yet just as it was decades ago, even today, we have the likes of Kapil Sharma cracking the ‘unhappy, nagging wife’ jokes or movies like Hungama 2 dismissing a wife’s lack of interest in her marriage as her problem and perhaps, infidelity. But recently, I came across a Twitter thread that actually explains how this humour has actually birth a more insidious problem.

Twitter user Sofie Hagen came across a TikTok where a therapist explained how thanks to the humour around it, husbands have come to think of the unhappiness in wives as something inherent, as in, “Oh, she is a wife, and they are always nagging because being unhappy is just a wife thing”. There’s also so much pop culture reinforcement of this theory, where you’d find wives on sitcoms being similarly dismissed as ‘nagging’ or ‘ dumb’ or ’party pooper’, sometimes even a ‘bitch who ruined Christmas’. However, what this actually does is blind men to just how truly unhappy their wives are, not because that’s a wife’s basic nature to be unhappy, but because there’s something wrong or missing in their marriage. 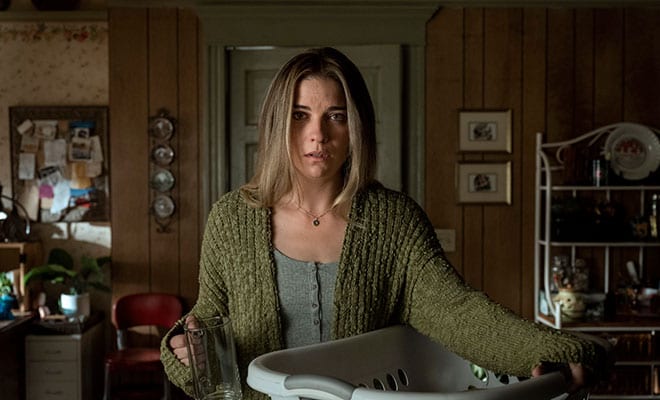 The next thing you know, it has been years, and the wife cannot take it anymore. She’s ready to leave her husband and it comes as a shock to him that his wife was actually, genuinely unhappy in their relationship and the nagging wasn’t just a character trait!

Initially, Sofie couldn’t find this insightful TikTok video, and so she interpreted the theory in her own words in a very lucid Twitter thread. However, someone found the video and shared it in the replies, though most people agree Sofie explained it in a very easy to follow way.

I can no longer find it, but I just saw a TikTok where a therapist explained that the reason men are always surprised when their unhappy wives leave them is because they've been brought up to EXPECT her to be unhappy. Now I can't stop seeing the 'unhappy wife' trope everywhere.

I knew that this festered a culture where women can never set boundaries or express their true feelings out of fear of being seen as 'nagging' or 'controlling' – I just hadn't thought about how it also keeps men from seeing their wives' unhappiness as second nature.

God, I wish I could find that TikTok because she said it WAY better than me. I'll keep looking.

Sofie is definitely on to something here. For the longest time, men have screamed from the rooftops that women are difficult to understand, always complaining, nagging on their husbands or partners, and never content. The fact that these were the personal experiences of some men with the women in their lives was easily erased over time, and these came to be seen as very generic traits that all women possess, which get triggered when they become wives. But that isn’t the case, is it? And yet, for years now, women have had to tolerate this crap characterisation, when men can’t even take one problematic behaviour attributed to them and jump quickly to defend themselves with #NotAllMen!

The fact that men will blame their wife’s unhappiness on their wife’s inherent nature and not try and figure out if there’s something they’ve done that’s causing it is peak male pride and entitlement behaviour. In fact, I’m kinda glad that entertainment is trying to correct the mistakes of its past with women’s stories that flip this ‘nagging wife’ trope on its sexist head. A prime example of that is the new AMC series starring Schitt’s Creek star Annie Murphy, Kevin Can F**k Himself! In the show, which aired its Season 1 finale last week, Annie’s character is a sitcom wife to a total man-child of a husband, who everyone tells her is a total catch. However, something happens in her life that shatters the illusion and she realises that her husband is not all that, and she is trapped in a loveless, unhealthy marriage that only takes but never gives anything. The show switches from a warm sitcom-like setup with a laugh track to cold, dark scenes where she is plotting to make her escape.

The show depicts exactly what’s going on in the perfect sitcom wife’s life once she is off-camera, and it all sinks in—the jokes, the condescension, the patronising, and the lack of any respect or esteem in her own home, from her own family.

It is time that we take our cues from shows like these, and Twitter discussions like these (if we aren’t astute enough to observe it in our own environments) and retire this ‘nagging wife’ trope. So that husbands can finally take off their blinders and see if their wives are really unhappy in their marriages or not.

Throwback Thursday: Masti Has Men Wife-Bashing And Acting Like Marriage Is A Pain. So Don’t Get Married Na?