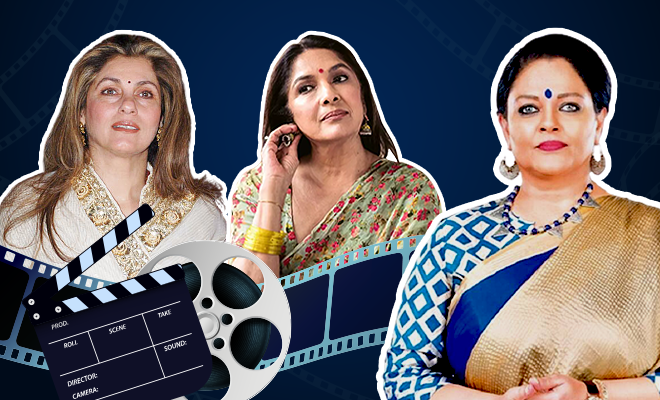 Tanvi Azmi Pointed Out That Actresses Her Age Are Finally Getting Good Work, And We Welcome This Change!

Age is just a number, unless you’re a woman working in the Indian film industry. Then, you have an expiry date. Or you get married before that, in which case you’re no longer a bankable actor, or something. If you’re a male star, you age like fine wine and play a college student well into your late 40s. If you’re a female star, you can start playing mom to actors just a few years over or above you, in your late 30s. On certain fronts, thankfully, the winds of change are gathering momentum. And they’re blowing some substantial roles straight into the lap of actresses like Tanvi Azmi.

Azmi, 60, was recently seen in Tribhanga, alongside Kajol and Mithila Palkar, which was a story about three generations of women in a family, and their relationships with each other and themselves. Actress Renuka Shahane made her debut as a director with this film, which dropped on Netflix. Irrespective of whether we liked the film or not, the fact remains it had good, author-backed roles for three actresses of different age groups. As for its director, the film gave an actor a chance to explore a new avenue of filmmaking at a much older age.

Also Read: Tribhanga Review: A Story Of Mothers And Daughters To Watch For Its Themes And Not Execution

Tanvi Azmi’s role, or for that matter, even Kajol’s, wasn’t that of a typical Indian mother who is the epitome of devotion and sacrifice for her family. She was a flawed woman, as most humans are, and put her ambition first. Such characters are still a novelty and deserve to be celebrated, because as Tanvi pointed out in a recent interview, they are a recent phenomenon for actresses her age. They are finally getting the work that they deserve, which allows them to go beyond the stereotypical roles that are offered to senior female actors—the devoted mother, the supportive housewife or the sweet, comical bhabhi and so on.

She remarked how this change felt like the industry was rediscovering that women like her are also actors. “I would say that it is more of a recent thing for actors in my age group now. It is a very recent development that we are getting good work. Suddenly we are all being discovered and being looked at as people who can helm a film on their shoulder.

What’s even more promising is that not just roles, there are now entire stories and scripts that are written keeping older female actors in mind. For example, Badhaai Ho was about an older couple getting pregnant again. And even Tribhanga, for that matter, hinged heavily on how the characters of Tanvi’s actions shaped her daughter’s personality, which thereby affected how her granddaughter decided to live her life. Similarly, in Masaba Masaba, Neena Gupta wasn’t just playing the part of Masaba Gupta’s famous actor mother. She had an entertaining arc of her own, and raised some hot hell with the song, “Aunty Kisko Bola Be?” And how can we forget, Tandav, where Dimple Kapadia captured our attention with her fierce performance.

Also Read: Neena Gupta Reveals How Her Image As A Strong Woman Kept Her From Getting Lead Roles In Her Youth

Tanvi Azmi is glad that this change has brought in an influx of work for actors like her, that is high on variety as well.

“They write stories about us. These are real stories, true life stories, the more we explore this the more it will widen our horizon and make more filmmakers available and open to these kinds of scripts. I am more than happy and more than willing to do more work, there is so much work and all of us can do so much more work and of course I am. I would never turn down Tribhanga or even Thappad even though I didn’t have the central character in it,” she says.

Of course, a huge credit for this change goes to the arrival and success of streaming platforms, that are lifting off the burden from content creators to adhere to number projections. Today, content is being created not just keeping mass appeal in mind, which allows creators to experiment. Now I know, making stories of women, for women and by women isn’t exactly ‘experimenting’ but humaare audience ke liye toh hai, which has until now, been so fixated on ‘the hero’ to not notice what a heroine can do, irrespective of age.

Tanvi Azmi is eager for such work to come her way that caters to this new wave of filmmaking. She said, “I want to be a part of a film which is trying to project something else, something new. I want to be a part of these films. It would be great if I got central characters in the new kind of films that are being made, the new kind of filmmaking. Not talking about platforms but stories that are being told. I hope that I do get more like this.”

We heard you, ma’am. And we couldn’t agree more. It does feel like this change took forever to come. But now that it has, we have nothing but appreciation for it!

Tisca Chopra Says When She Joined The Industry, It Was Very Misogynistic. Women Were Second-Grade Citizens